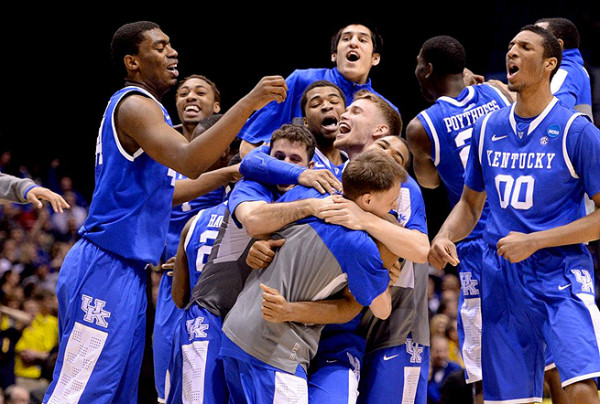 It’s normal, but we’ve changed. We’ve changed in the way we digest things. We want many things, and we want them now. We used to wait. We want blog posts and columns before the figurative ink dries. We used to patiently skim the long story from large time investments.

In the interest of sports, this change is evident in Saturday’s Final Four game between Kentucky and Wisconsin. Change is necessary, a blessing and a curse. There could be no bigger dichotomy than a semifinal game between the old and new. Neither is better. Both offer insight into the past, present and future.

The Badgers and their slow, brutal pace — save your pleas about their points per game — will face the Wildcats and their quick future NBAers.

A team predicated on a system. A team with a system built on win now, win fast, win more. 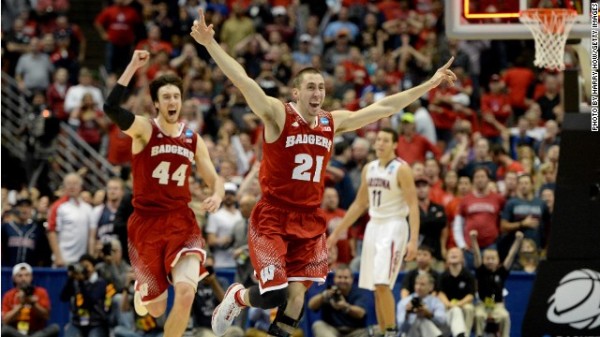 If you’ve ever spent time around old folks because you like to, you know their ways. They are odd and different from your peers. They stick to principles over fads. They are aged, and you may wonder how they got that way.

Perhaps time is the only answer. Their experiences may have added up to an entire shelf of reasons. Or, they lived in a different time that valued something more than just the final score, income or material objects.

The old and wise folks offer much to be desired. They don’t seek, yet they always find. It’s the hard work, determination and discipline that they hold in the highest esteem. It’s always about whether you did your best, not if you got what you wanted.

It’s quietly noble. Respect your elders, as they know more than you. They know what it takes to piece it all together with painstaking attention to detail. Paint is just a layer above foundation. You can’t pretty-up something poorly built.

We know what they’ll say, yet, we still wait for it. They are predictable and admirable. We are wide-open and directionless — no matter where we think we’re headed.

It’s simple, and it isn’t always pretty. They know what conviction is. They know from where it came. They know the past repeats itself.

When you refuse their advice, they wait for you to figure it out on your own. Normally, they’re right.

If you’re younger than 30 (rough estimate), ask someone what they’ve been up to and remember when the response is, “Nothing.” Then, listen as that person talks about what he or she has seen on Facebook or shows you a Vine from his or her latest escapade.

These people don’t want to talk with you. They want to talk at you with less detail. After all, who needs descriptive language when you’ve got Instagram filters to describe? We’ve become so technologically advanced that we speed through life without recollection. That’s why we need it all on digital record. Before we know it, we’ve spent an hour on our phones. We used to wait impatiently at the doctor’s office. Now we’re in our own universe until we’re called. We can’t even bitch about the wait anymore.

Despite the digital escapism, we are a ton of fun. We sleep in and go out late. Fast food! Road trips! Spur-of-the-moment decisions! Love! Laughter! Fashion!

Last Saturday at a bar in Washington, D.C., a couple kissed for 15 consecutive minutes without one break. It captivated the observer — both before and after the retch. Maybe they met 16 minutes earlier. Maybe they were longtime mates. Either way, they were in love for 15 minutes.

We freewheel and bounce around town with sarcasm and ego. Youth is fun. Youth is contagious. Youth is where we find the memories we saved on Facebook and the people we’d rather not be Facebook friends with once they grow up.

What does any of this have to do with basketball?

It’s simple. Sports are life. Life is sports. Everything makes up everything, and you can take from it what you will. The generational gap is real, and the speed at which we’re moving forward in the 21st century is too.

Kentucky runs a dribble-drive offense. It’s built off the Princeton offense, which is something from the “old days.” The key is to attack, attack, then attack some more. Players must be somewhat interchangeable offensively.

Every person must be capable of a jump shot or a drive for this to work best. There are obviously variations, but this is Coach John Calipari’s bread, butter and toaster. You get athletic superstars who know they need individual talent at the next level, give them this offense and watch the wins roll in.

The Wildcats will be in Final Fours for years. They will ooze talent and leave NBA scouts salivating with their dunks and moves. Basketball has branched off into positional revolution. A 6-foot-9 guard must be capable of dribbling to the hoop.

He’s the capitalist with the top hat in this here rodeo of college basketball. For Chrissakes, he put in a McDonald’s All-American off the bench who hardly played this season when Kentucky beat Michigan. The all-freshmen lineup is worth all the attention in the world.

So is any team in the national semifinals.

If Wisconsin basketball owned a motto for its viewers, someone would have to turn a groan into a word. An onomatopoeic word would further the effect.

They are not fun to watch. Coach Bo Ryan’s swing offense is calculated, long and drawn-out. The screens come, the flex cuts occur and the shot clock runs down. Eventually, someone scores or doesn’t, and they play suffocating man-to-man defense on the other end until it’s their turn again.

Prod, poke, pound. It’s a simple equation. When it works, the Badgers look like something out of Hoosiers. Ryan’s squad harkens back to short shorts and Bobby Knight chair tosses, black and white television, and ridiculously plaid blazers.

Everything must be on point, on time and executed to perfection. The players have roles. They fulfill them. The team wins. Individual talent isn’t exactly accentuated. Instead, the pieces make the vehicle move. 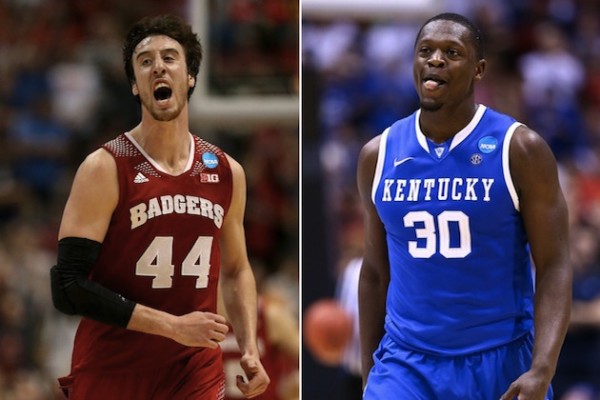 “Talent doesn’t get the job done all the time,” he said when asked about the Wildcats’ surefire victory on Saturday.

It seems impossible that execution and really good players can beat this Kentucky team. Only Florida appears game for that feat. The Badgers should be the underdogs.

In college basketball, we see that it’s possible to still encounter the old game with the new. In high school, the most talented team normally wins. In the pros, this is also true.

Because of the different ages and maturity levels, the college game still lets us see these time-warp styles battle it out. It’s a defining attribute in a game that becomes harder to put a finger on each day.

There is no wrong answer when in search of a team to cheer. It’s slick and charismatic Calipari versus steely-eyed and serious Ryan. It pits the wide open dribble-drive against the compact and specific swing. We will see pros versus maybe a couple pros.

You will have plenty of time to feel young in the moments that present themselves. We will all grow older until we go. This isn’t about what to watch for – it’s about what to see.

The coin has two sides, and both are of equal value. We can’t properly put things into context without a peek at the contrasts. We need them. Just as we need Kentucky and Wisconsin.

Hopefully, the game goes beyond many Final Four games before it and ends as a tight one. That would be justice, to observe the fact that both ways work.

Basketball is just a game. Life is only everything. Kiss for 15 minutes. Know your principles. Build a sturdy foundation. Take road trips. Enjoy your time with elders. Spend your time with young people.

You can look at sports any way you choose. It just so happens that I’d like to use them to peer deeper within ourselves and figure out what it means. There is beauty in age, and there is beauty in youth. Change is necessary, but not an absolute deletion of what once was.

It could go either way.

It most certainly will.

3 Replies to “The Way We Were, The Way We Are And Kentucky Vs. Wisconsin”