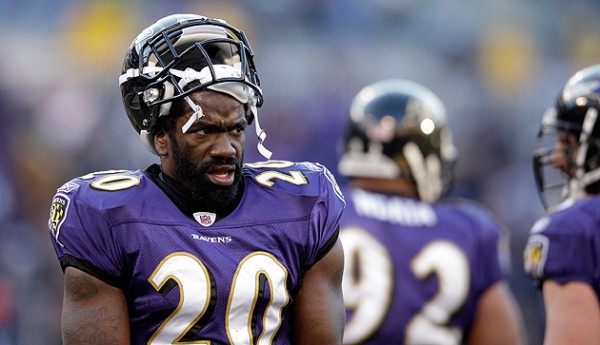 With no shade to anyone who watches Love & Hip-Hop, Basketball Wives and The Real Housewives Of Wherever A Finger Lands On A Globe When You Spin It, the best reality show on television remains sports. There's a new episode every night. It never goes off the air. It has the best recap show ever in SportsCenter (and the best specific one in Inside The NBA). And it brings people together like nothing else in American society. I have not the first clue who Kimbella is, but whoever she gets into an argument with isn't more intriguing than the Westbrook/Durant dynamic, and who the housewives fight pales into comparison of a Steelers/Ravens game.

This is why the NFL's championship weekend is so amazing. We're looking at four teams who have an equal shot at taking home the Lombardi Trophy. For the Patriots, Tom Brady is knocking on the door of immortality with his possible fourth Super Bowl ring (and the chance to right recent playoff wrongs). For the 49ers, no one alive had them in the NFC Championship game, outside of maybe one or two medical marijuana shop owners in San Francisco. For the Giants, their playoff run isn't surprising, but it is downright amazing and Eli Manning is making it harder and harder to claim he's not an "elite" quarterback. And for the Ravens, it's the chance to cash in on so many years of close calls and, more importantly, win a title for Ed Reed.

Make no mistake about it: the Ravens are not my favorite team. I could care less about them, actually. As far as I'm concerned, regardless of how many rings the Ravens end up winning, they'll never top the impact of a fellow Baltimore product, The Wire. So, that's that. Yet, with that said, there isn't a star left playing on those four teams who deserves a ring more than Ed Reed.

For close to a decade, Reed has been one of the league's finest players (on either side of the ball) and the reason, along with Ray Lewis, Baltimore's defense has long been considered the game's blueprint. Also, it's often forgotten Reed was not apart of the 2000 Ravens team which featured not only a Super Bowl ring, but the most dominant defense of all time with respect to those 1985 Chicago Bears. Since then, you'd be hard-pressed to find a handful of players who have played the game harder, with more intensity and brought forth a tougher image to a game that has increasingly become more and more scrutinized for its violent methods. 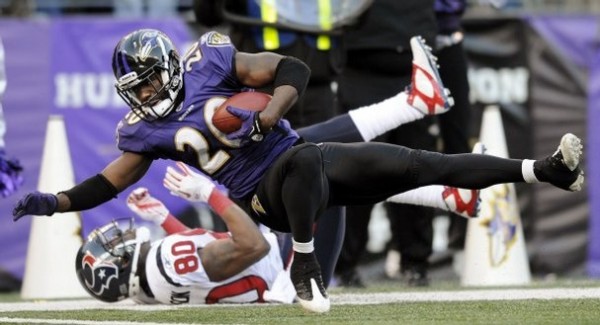 It's not that he delivered hits with the force of Ronnie Lott (who actually played corner for a good stretch in the 1980's) or Steve Atwater or became known for vocal leadership like Ray Lewis. Reed, however (and I'm sure Troy Polamalu and Steelers fans will rightfully have something to say about this) could very well be the premiere safety of his generation. He's a former Defensive Player of the Year (ath the time, only the third safety to win the award), the most feared ballhawk since an in-his-prime Deion Sanders, who shut down entire portions of a field, and not only for the fear of interceptions. Rather, Reed's uncanny ability to find the end zone has him in the rare class along with names like Prime Time, Devin Hester and Barry Sanders that whenever they touch a ball, there's a strong possibility six would be the outcome. In fact, I'd go so far as to say Reed is the best playmaking safety to play the game.

It's all personal preference at this point. I'm not here to convert atheists into believers. I'm just trying to say the way Kobe needed his fourth ring in 2009 to validate his career as an Alpha dog or the way Will Smith needed Independence Day to solidify life after Fresh Prince is the same way Reed should fall into this Super Bowl. Does he "need" it? Depends who you ask. It would go miles into providing a perfect cap to what is undoubtedly a first-ballot Hall of Fame career. Especially when his play is thrown alongside Polamalu's, the one player he'll forever be linked to, not only due to the fact they wreaked havoc during the same era, but because they played in the same division.

Probably the best news as relates to Ed is that he will be playing this Sunday versus the Patriots. At least, then he'll receive the chance to write this chapter of his career with his own pen. A career that stands a mere two victories away from officially finding itself on the pantheon of all time great players. Again, I say, what has better story lines than sports?