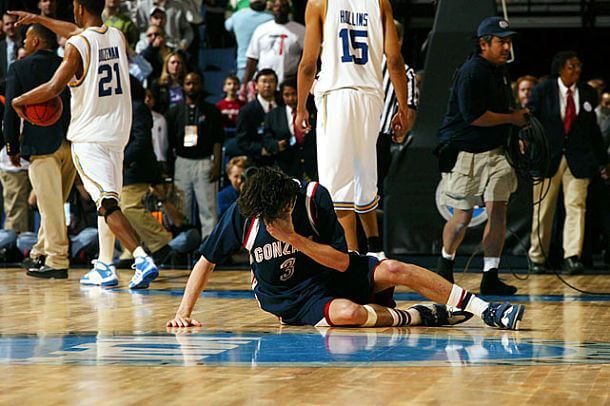 When Adam Morrison fell to the floor in tears after a 2006 Elite Eight loss to UCLA, I knew what he knew – there was no return in order.

The Bruins erased a nine-point deficit in less than four minutes to win. Gonzaga had incredibly missed out on a trip to the Final Four. The senior Morrison knew that his chance at a Final Four appearance slipped away.

I knew that the Zags’ chances at a Final Four appearance slipped away. But, I figured it was the chance that the school wouldn’t have again. If Gonzaga couldn’t make the last weekend of the college season with Morrison and a 17-point lead, it never would.

Morrison wept, and I found it hard not to feel for him. I’m sure the Zags faithful wept too. In the back of their minds, they probably came to the very same conclusion as I did.

I don’t share a strong connection with Gonzaga. It’s in Washington, and I’m in Virginia. Theoretically, there is nothing to separate it from the Indiana States and New Mexico States of the world. It’s a mid-major school with a good basketball program.

That’s what I know. However, the weird and wild way that March can wiggle its way into your mind manifested with me and the Zags. There was a time when things were simpler and teams were pluckier.

Gonzaga started out as the plucky mid-major. Some sustained success and noteworthy players created a buzz. After a while, Gonzaga wasn’t just a team with an upset on its résumé. The school ran to the Elite Eight as a 10th seed in 1999.

The Bulldogs won in exciting fashion ,and they stole the hearts of the underdog enthusiasts. However, Sweet 16 berths in 2000 and 2001 gave enough substance to the school’s program to make it more than just endearing. The Zags offered an outlet for the empathetic and naïve fan to root.

When the third month rolled around, fans could pull for their team that seemed to symbolize the madness. With a goofy nickname and a cuddly reputation, Gonzaga was worth grabbing and holding on to.

My middle school science teacher’s name was Mrs. LaMonica. She watched sports occasionally and did all she could do to hammer biology into my thick skull. By no means an avid enthusiast, Mrs. LaMonica followed the games from afar. She latched on to the Cinderella story of the Zags. Eventually, she followed the team closely and became a die-hard Gonzaga fan.

I don’t know if she still watches college basketball. For all I know, she doesn’t care anymore. But there was a time when she did, and it showed the staying power the mid-major program possessed.

The dynamic still intrigues me. 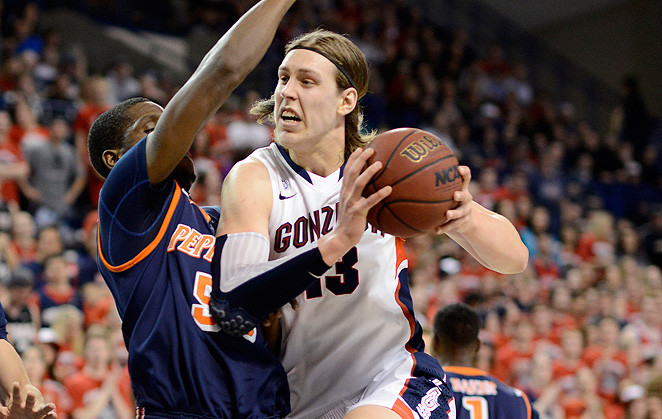 When Morrison hit the floor and my heartstrings were plucked, I thought of Mrs. LaMonica. I thought of the opportunity the Zags just threw away, and I thought of the program’s possibilities after the fact. At no point did I ever think what we are accustomed to thinking about big programs.

If Duke loses to Lehigh (please never forget it did), there’s an overriding thought that the Blue Devils will be back next year and the year after that. The loss will be a mere footnote in the grand history book of the Blue Devils. It’s true, of course, because Duke is Dook and eventually schools like that lose to little ones and the next year they wallop them by 40 points. Gonzaga never had that feel.

Even since George Mason, Virginia Commonwealth and Butler (twice) made the Final Four, I never thought the Zags would. Call it short-sided or biased, but it really wasn’t. It still isn’t. It seemed like Gonzaga got away from its grit and got softer.

It felt like the Zags had lost touch with their plucky underdog status and sold out. The intangible of being counted out had fallen away, and the star who had a chance to make ends meet – Morrison – had disappeared too.

The credit is easy to give to the players on the court. After all, as an old basketball coach told me recently, “You can’t win the Kentucky Derby with a jackass.”

It’s true. The players make the team. But, in college there is so much that goes into a successful program. Mark Few picked up where Dan Monson left off – except better. It’s funny that his last name reminds me of the location corresponding with far between.

When other school offers came in for the coach, I thought for sure that’s where his odds of staying would be. Instead, he stayed where he was and now he is where he is, atop the national rankings. It’s nostalgic, but it’s also new. Here’s a program that seemed destined for the right side of the bell curve. I was too quick to judge.

I don’t know that Gonzaga will ever come as close as it did to the Final Four moments before Morrison’s breakdown. I can’t tell you that my middle school science teacher still watches the games. There’s no crystal ball to say if things have truly gotten as good as they get for the Zags.

Maybe next year, Few will take a job elsewhere or maybe he’ll keep trudging in Spokane. What happens from here on out is as much your guess as mine.

Still, I chuckle when I see the school’s name creep across the Bottom Line with the number "1" beside it. How long ago it seems when Gonzaga was the talk of the basketball universe as the crystal slipper was on its foot.

It wasn’t that long ago, but it allows me to realize that the loss to UCLA could end up being one of those footnotes if the Zags make a Final Four. After all the consistency, I think footnotes will be warranted soon.

Gonzaga is number one in the land, with a strong chance at making the final weekend. In a season that has lacked a true top team, I guess it’s fitting that the one they all look up to now is something different from every other big-time school.

And the ebbs and flows of college sports remind us that the school could be a mere afterthought in 20 years. When the magic dies out, all it takes is a few poor handlers to turn a legacy dormant. That could happen in the future to the VCUs, Butlers and the Zags of the world.