Week 9 of TSFJ College Hoops Power Rankings brings some pretty big changes, as three teams ranked a week ago suffered multiple defeats. The Big 12 took the biggest hit, with both Oklahoma and Texas Tech falling victim to the rigorous conference schedule. With the dust settling on another chaotic week of college hoops, three new faces appear in the rankings, including the return of a blue blood.

The Wildcats spent the week beating up on a current and a former Big East rival. They trounced Georgetown with one of their best performances of the season, then followed that up by easily dispatching UConn. Villanova’s defensive struggles of a few weeks ago look more like a blip than a trend, and the ‘Cats remain one of the most steady and consistent teams in the country.

Duke got a gritty come-from-behind win on the road against Miami and then secured its second demolition of Pitt in as many weeks. The Blue Devils lead the country in points and rebounds per game while checking in third in assists. The margin between spots two and four in these rankings is razor-thin, but Duke gets the nod based on its full body of work, its incredible talent level, and the fact that it has remained in the top half of these rankings for the entire season.

Purdue stands pat at number three, falling victim to the weakness of the Big Ten. The Boilermakers get a shot at the better Big Ten teams (Michigan, Maryland, Ohio State, Michigan State) over the next two and a half weeks, so they will have an opportunity to make their statement. We’ve been mentioning that Purdue has been the only team in the country ranked in the top 10 both offensively and defensively by KenPom, and the Boilermakers have upped the ante, now sitting in the top five in both categories. To say Purdue is rolling is an understatement.

The Cavaliers continue to skyrocket up the rankings, and a case could be made for them to be even higher this week. They sit atop the ACC standings at 7-0 and join Villanova as the only one-loss teams remaining. A major opportunity awaits this week for Virginia with a home date with No. 18 Clemson and a trip to No. 4 Duke. We mentioned the slim margin between Duke, Purdue and Virginia, so this week will provide some separation.

It was a light week for the Spartans, who responded to losing two of three by dismantling Indiana. It’s a quick jump back to the top half of the rankings for Michigan State, as it takes advantage of disastrous weeks for Oklahoma, Texas Tech and Wichita State along with so-so weeks for West Virginia and Auburn. The Spartans have clawed their way back into the KenPom top 10 offensively (10) and defensively (9). Despite the hiccup of two weeks ago, Michigan State remains a very real threat.

With questions popping up about the Jayhawks chances to claim their 14th consecutive Big 12 title, they quickly got to work dispelling the notion. Kansas’ win over West Virginia and stumbles by Oklahoma and Texas Tech have reestablished the Jayhawks as Big 12 favorites. In the process, Kansas returns to the rankings for the first time since our second week..

Since suffering consecutive losses to Providence and Villanova, Xavier has won three-straight, including two top 25 wins. The Musketeers find themselves right on Villanova’s heels in the Big East standings. They turned a 10-point second-half deficit into a 9-point win last Saturday at Seton Hall.

Lost to No. 10 Kansas, defeated Texas

After a tough home loss to Kansas, the Mountaineers responded with a 35-point rout of a decent Texas team. That combined with stumbles from the teams around them allows them to remain at number eight. West Virginia continues to be impressively solid on both ends of the floor, while Jevon Carter continues to fill the stat sheet to the tune of 16.9 points, 6.4 assists, 5.2 rebounds and 3.3 steals per game.

The biggest knock on the Bearcats is that they lost to their two best opponents of the season, Xavier and Florida. But they have manhandled virtually every other opponent on the schedule. With Wichita State’s stumbles last week, Cincy has a firm grasp on the top spot in the AAC. Five remaining games against Houston, SMU and Wichita State will provide an opportunity for Cincinnati to solidify its position. The Bearcats are elite defensively, a major plus come March.

Well, the preseason No. 2 team in the country has finally cracked our power rankings. Because TSFJ waited a few weeks into the season before issuing our first power rankings, the Wildcats were punished hard for their 0-3 trip to the Bahamas. Since returning from paradise, Arizona has gone 13-1 and climbed to the top of the Pac-12 standings. The duo of Allonzo Trier and Deandre Ayton is enough to strike fear into opponents and makes Arizona a formidable opponent in a win-or-go-home situation.

There was a good amount of debate around who to slot into the tenth spot, but the fact that Clemson suffered a loss to North Carolina and Arizona has been lurking just outside the rankings for some time is enough for them to sneak in.

Oklahoma, Texas Tech and Wichita State all lost twice last week, and that’s simply not good enough to stay in the rankings unless you’ve been near-perfect otherwise or have an incredibly impressive body of work. Auburn suffered a road loss to Alabama, but the Tigers’ spot in the rankings was tenuous to begin with, so they are out for now.

It was another crazy week in college hoops, with this week’s schedule promising more of the same. There is very little separating a lot of the teams in this week’s rankings, so be sure to check back next week as changes are likely.

And for all of you college hoops fans, don’t forget to check out the promotion we have with our friends at FuboTV. You’re welcome. 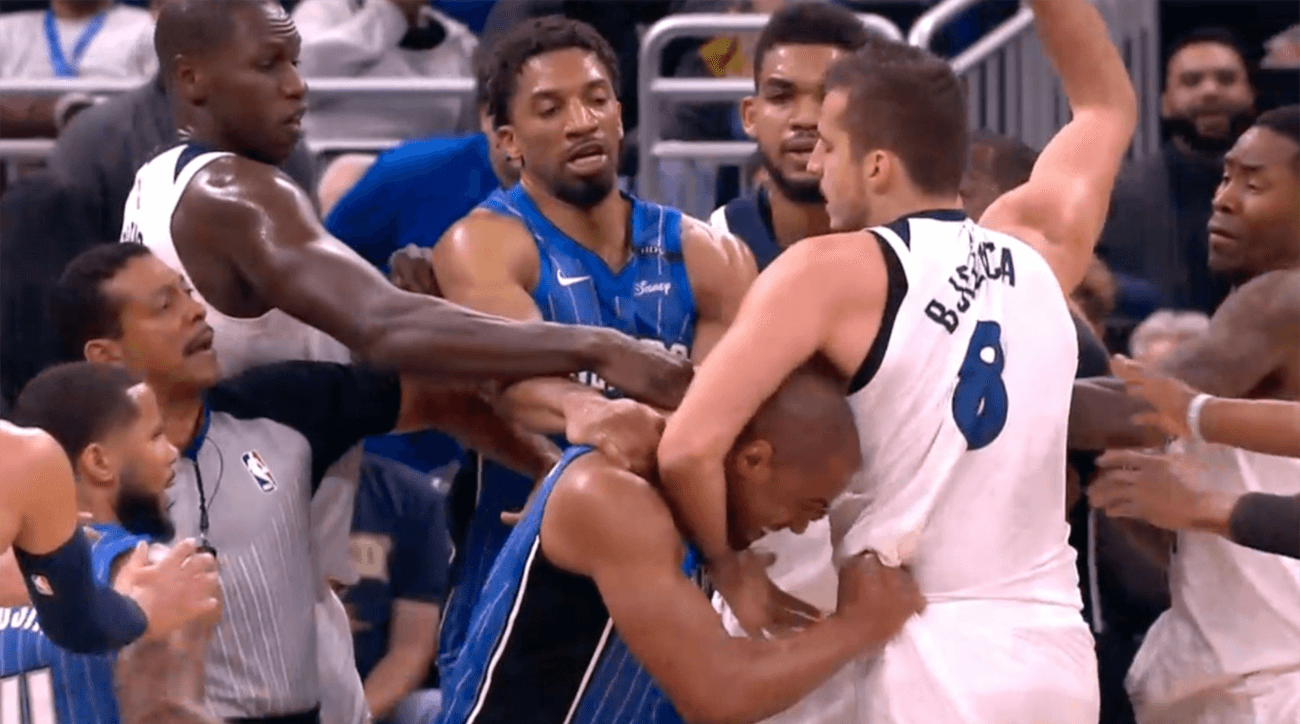 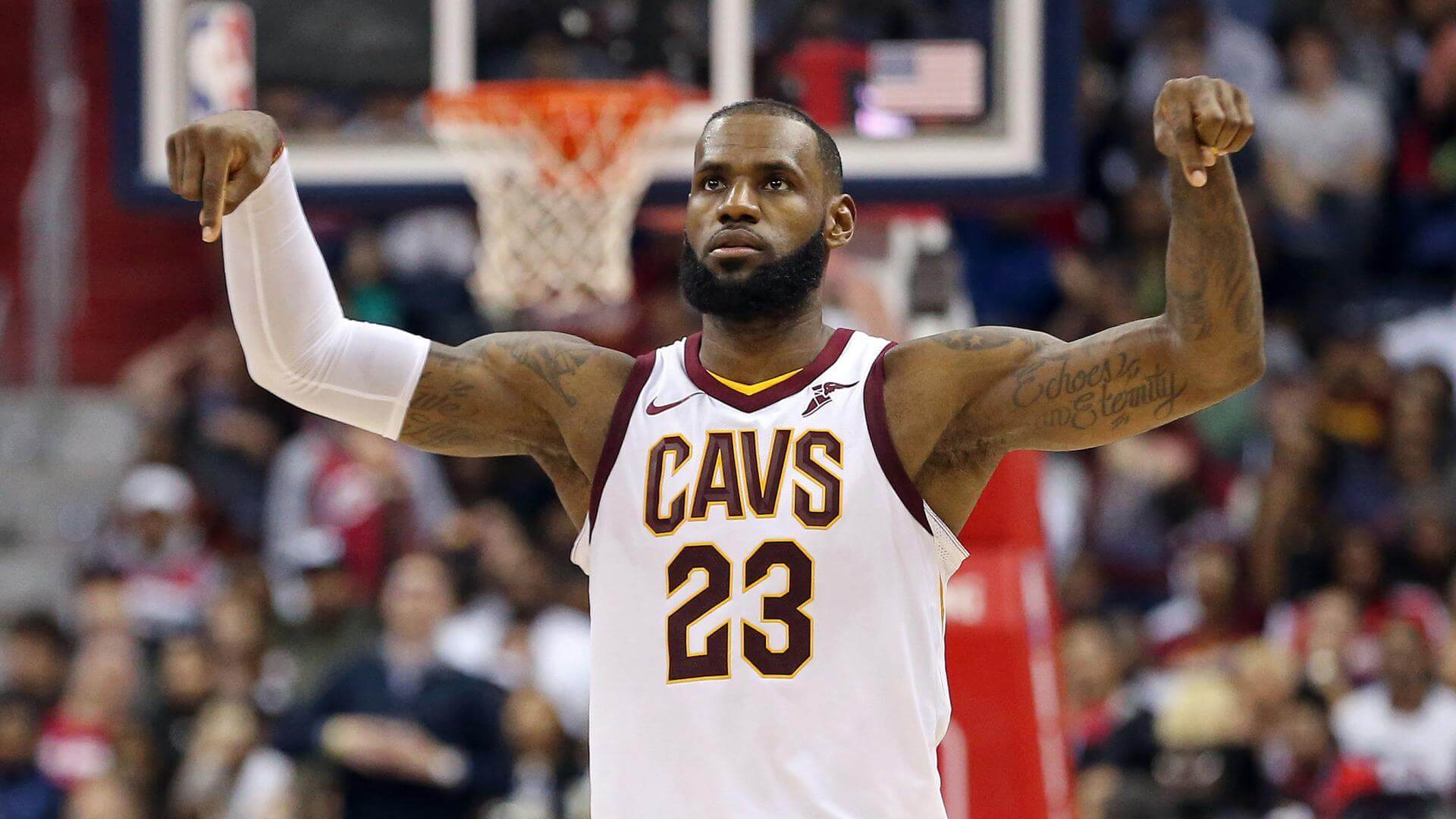 Basketball The Old King Still Reigns: LeBron Is This YearR…
0