Conference play kicked off last week with a ton of hype and it didn’t disappoint. From big-time matchups that lived up to the billing, to statement wins from some of the nation’s top teams, to some major upsets, the first week of conference play proved a treat for hoops fans and set the stage for a fascinating season. By the time the dust had settled, not a single unbeaten team remained. For the first time since at least 1948, college basketball enters the new year without an undefeated team. Naturally, this led to some significant changes in this week’s power rankings.

The Spartans usurp the number one spot following Villanova’s loss to Butler. Michigan State and ‘Nova had been neck-and-neck for weeks at the top of the rankings, but the Spartans finally reclaim the top spot. They have won 13 straight games while excelling at both ends of the court. Michigan State has gotten production from throughout its rotation, and looks the most complete team in the country.

Duke takes advantage of stumbles by two teams that had been ahead of it, jumping up to number two this week. The Blue Devils survived a stiff test from Florida State behind another monster game from Marvin Bagley III (32 points, 21 rebounds). There are still defensive issues to be ironed out, but Duke’s offense is downright scary, with threats all over the court.

The Sooners got one of the best wins of the week, traveling to TCU and handing the Horned Frogs their first loss of the season. Star freshman Trae Young had an “off” game, shooting 9-23 and committing seven turnovers. And yet he still poured in 39 points and dished out 14 assists. Oklahoma has some defensive issues of its own, but Young can win games by himself and this is a team no one wants to play right now.

Villanova ran into a buzz saw at Hinkle Fieldhouse, as the Bulldogs shot a scorching 60% from the floor and 68% from three. While a performance like that is an outlier, Butler executed its offense to perfection and was unbothered by the Villanova defense for much of the game. It marked the second game in a row that the Wildcats’ defense wasn’t up to standards, and Butler made them pay.

The Mountaineers grabbed a pair of quality road wins over Oklahoma State and Kansas State. West Virginia has quietly climbed to number six in the latest AP poll, winners of 13 straight games after falling in the season opener to Texas A&M. Jevon Carter is one of the most unheralded stars in the game, and the Mountaineers are tough at both ends. This week’s matchup with Oklahoma will be must-see TV.

The Sun Devils suffered their first loss of the season in the Pac-12 opener at Arizona. Deandre Ayton’s 23 points and 19 rebounds proved too much for ASU to overcome, despite Tra Holder dropping in 31 points of his own. Arizona has found its stride since its 0-3 trip to the Bahamas, and there is no shame in a loss to the Wildcats on their home floor. But Holder didn’t get much help from his teammates, and Shannon Evans, Romello White and Kodi Justice will need to maintain their early season production. The Sun Devils also need to tighten up on the defensive end.

The Musketeers have demonstrated a disturbing trend of looking disinterested, allowing opponents to jump out to large leads. Thus far they’ve been able to flip the switch and escape with victories, but at some point a failure to play a full 40 minutes will catch up with a team. Regardless, Xavier has itself in a three-way tie atop the Big East. Trevon Bluiett continues to thrive, while J.P. Macura has become a top-level troll, getting under the skin of opponents and their fans. The fact that he chips in 12.9 points, 4.2 rebounds and three assists doesn’t hurt either.

The curious design of the Big 10 schedule – so the league can play its tournament in Madison Square Garden before the Big East tournament – left the Boilermakers with a non-conference game last week as a most teams kicked off conference play. Purdue is steady, if not flashy, and appears to be the primary threat to Michigan State in the Big 10.

Texas Tech has gotten off to one of the quietest 12-1 starts in the country. A relatively weak non-conference schedule has played a role, despite the Red Raiders holding wins over Northwestern and Nevada. Big 12 play will provide plenty of opportunities for signature wins, and things got off to a good start with a 77-53 trouncing of Baylor. Texas Tech has gotten it done on the defensive end, as only four opponents have managed to surpass the 60-point mark. The 58.2 points allowed by Tech ranks second in the country, and the Red Raiders are ranked 4th defensively by KenPom. Another opportunity awaits for Texas Tech when it heads to Kansas on Tuesday night.

The Shockers return to the rankings for the first time since their loss to Oklahoma. Wichita State made its AAC debut on Saturday, defeating UConn in its first game as a member of the conference. Landry Shamet, good rebounding and solid ball movement make the Shockers a viable threat.

Disciplinary issues and injuries finally caught up with A&M as they were thumped by Alabama. TCU suffered a respectable one-point loss to Oklahoma, but it’s enough to send them out of the rankings for now.

The first week of conference play lived up to the hype, and it promises to get better from here. Massively important matchups will become a weekly norm, and are sure to have an impact on the power rankings for the rest of the season. Be sure to check back next week to see what has changed. 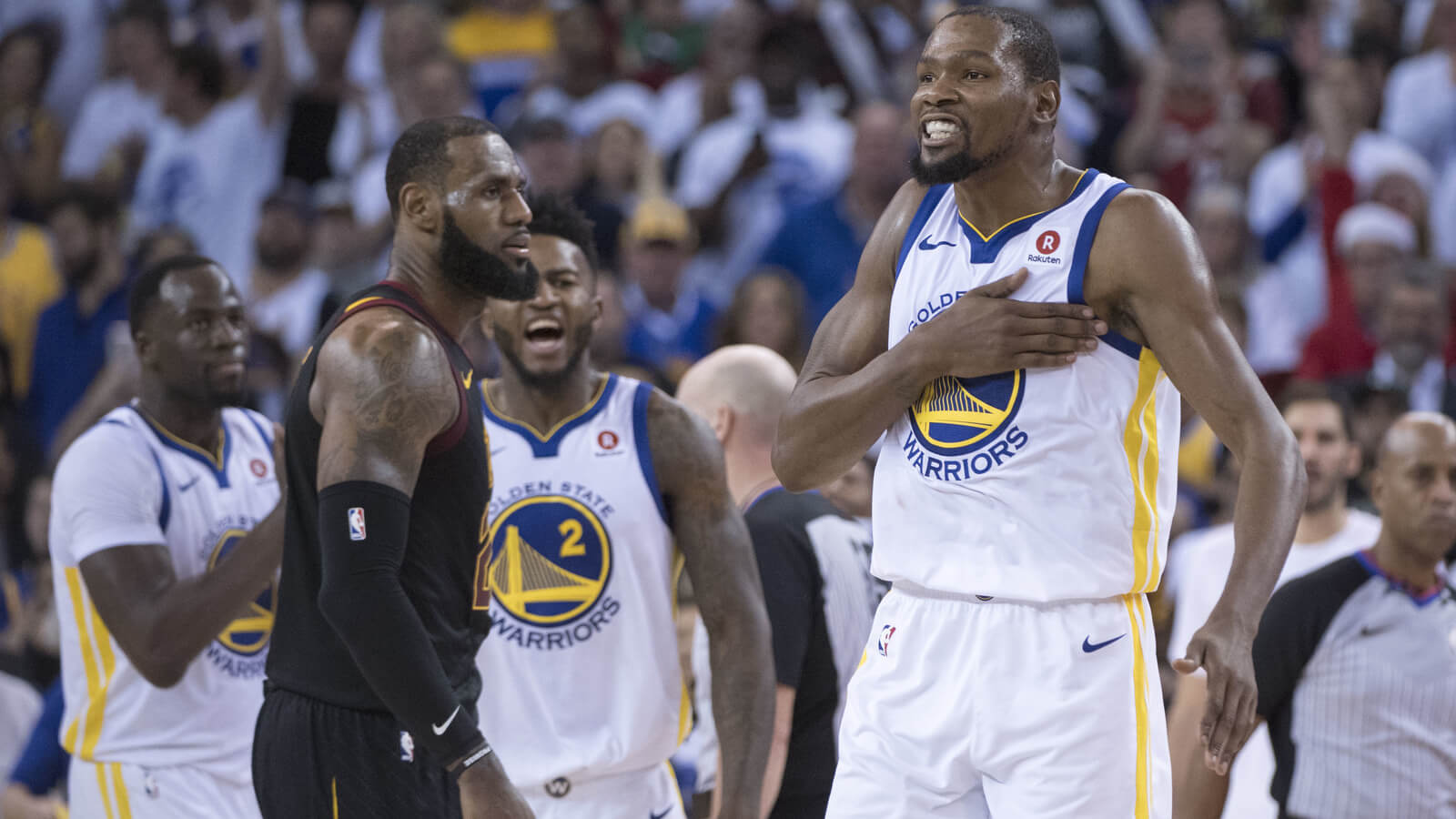 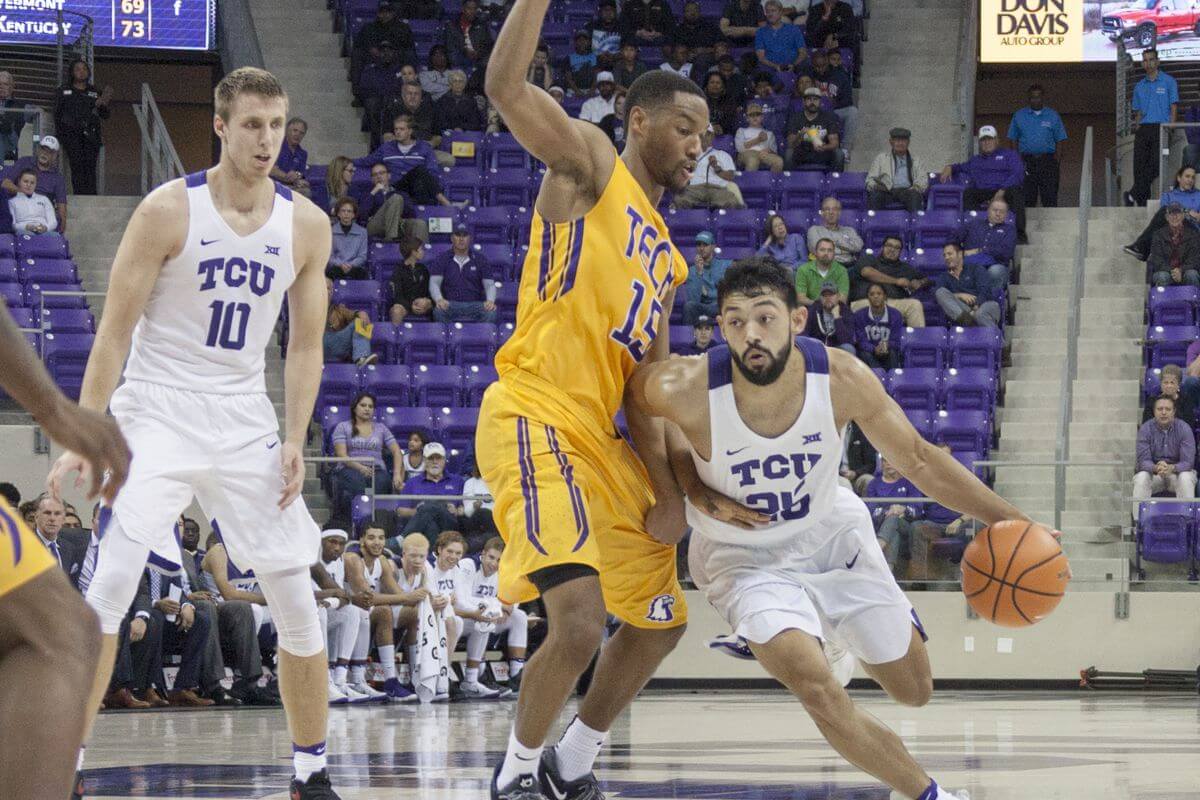 Basketball College Hoops Game Of The Week: Oklahoma At TCU
0