The current state of the Sixers, and the painful path they took to get here, are a direct result of one man: Sam Hinkie. When Hinkie took over as the team’s general manager three years ago, he knew he had to free the team from the muck of mediocrity that is being a perennial seven or eight seed in the NBA.

He immediately embarked on a campaign of acquiring assets. He cleared the roster of borderline talent and started acquiring as many draft picks as possible. He put together a roster full of young, unproven players, searching for diamonds in the rough while also allowing the team to be bad, giving him the best opportunity to hit a home run in the draft, while also providing himself with incredible salary cap flexibility so when the time was right, the team could be a major player in free agency.

Three years later, the Sixers are no closer to relevancy than when Hinkie began. In the process, they have set the record for the longest losing streak in North American sports history (28 games), are in real danger of producing the worst three-year winning percentage in NBA history and this season narrowly avoided tying for the worst record ever posted for a season. Despite unkind bounces of the ping pong balls and Embiid requiring a second surgery delaying the fruits of Hinkie’s grand plan, the pieces are still there.

Season three of the Philadelphia 76ers’ tank-a-palooza is mercifully coming to an end. As it does, the team enters the most important summer it has faced in a long time, with Sam Hinkie’s three-year bonanza of moves putting Philadelphia in a position to start turning assets into progress on the court.

While some details of the offseason remain in limbo, namely whether or not they will possess the Lakers’ first-round pick (top three protected) and the health of Joel Embiid, the Sixers are still in possession of a plethora of assets. They will have at least three first-round draft picks and a couple of on-court pieces in Nerlens Noel and Jahlil Okafor, as well as the rights to Dario Saric. How the team manages these assets and what it emerges with on the other side of the offseason will set the tone of the team’s future for years to come.

And now, with this oh-so-important summer rapidly approaching, with Hinkie finally in position to move his plan into phase two, the Sixers have decided to fire Sam Hinkie. Sure, officially Hinkie’s departure will go down as a “resignation.” But the reality is he was forced out.

With the hire of Jerry Colangelo in December, the writing may have been on the wall. Regardless of how much Colangelo or the Sixers would admit to his influence, the reality was that it was no longer solely Hinkie making decisions going forward. With the news that the Sixers were looking to bring on Colangelo’s son, Bryan, Hinkie had enough. And who could blame him? His solo project was becoming a three-man show, two-thirds of which would be represented by a father and son combo. How many battles could Hinkie win in that situation? His voice had been taken from him.

This is really about owner Josh Harris and how he lost his nerve and his patience. Harris knew what Hinkie intended to undertake when he hired him. He co-signed. Getting rid of Hinkie at this juncture makes no sense. It’s like undertaking plans to build a grand building and firing the architect on the day of groundbreaking.

Undermining Hinkie’s influence at this juncture is unfair to Hinkie, and it is unfair to the Sixers fans who have been forced to watch this embarrassment of a basketball team for the past three seasons. Sixers fans are savvy enough to know what was going on and that this had to be done, so they begrudgingly accepted this affront to the game of basketball that took the court each night with “Sixers” across the chest on the promise of better days. They allowed their beloved Sixers to be tarnished, soiled and turned into a national laughingstock, on the promise that Sam Hinkie would build them back up into something glorious, something to be proud of, something that would erase the mockery they had become and make them the envy of the league. And now Sam Hinkie is gone.

Maybe the Colangelos will step in and use the stockpile of assets Hinkie has amassed to deliver on that promise. Or maybe they won’t. Maybe they will miss on a key draft pick, sign a free agent at the wrong time or fall victim to some of the bad luck that had stalled the progress under Hinkie. Even worse, maybe they will abandon Hinkie’s approach completely, rendering the suffering of the past three years useless. R

emoving Hinkie at this point in the process is misguided, and not allowing him to see his vision through is unfair. Who wouldn’t want to resign under those circumstances?

by Josh Naso time to read: 2 min
Basketball The Rise And Fall Of Arco Arena — And The Sacram… 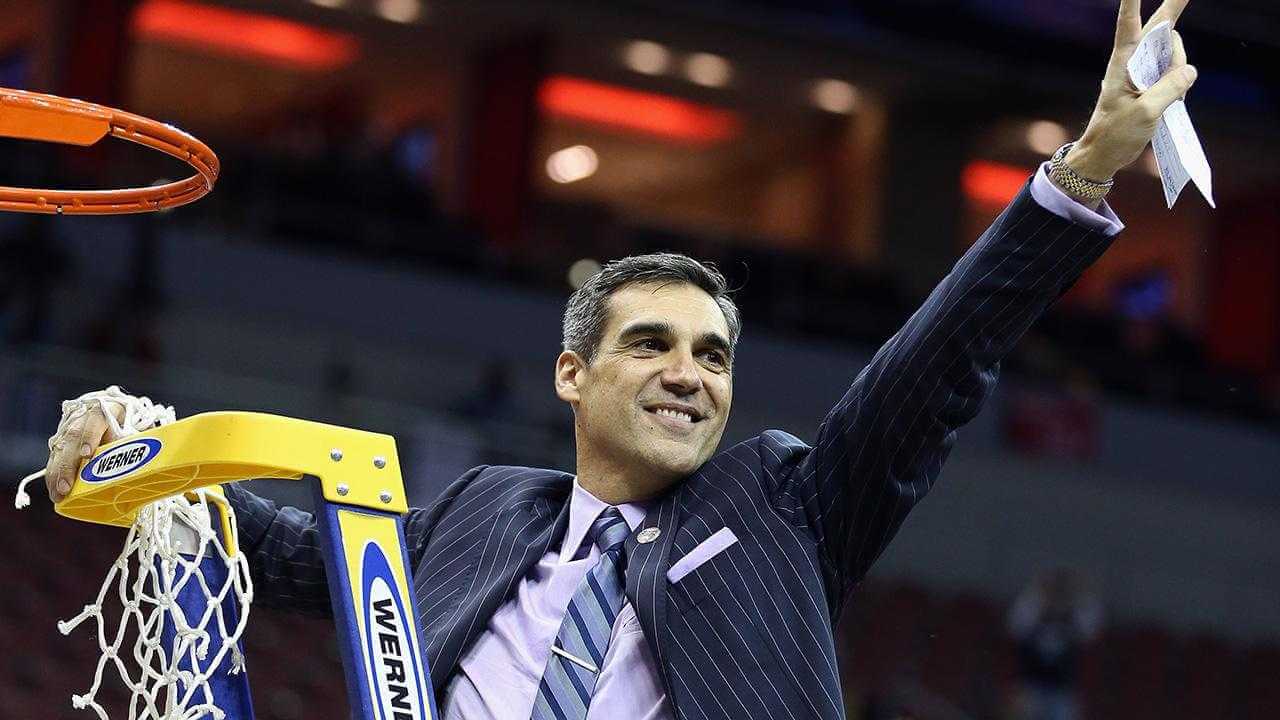 Basketball How The NCAA’s Biggest Game Delivered In Basketb…
1