This college hoops season promises to offer plenty of juicy matchups, and fans won’t have to wait long to get the party started. Whether you’re a casual hoops fan or an aficionado of the college game, the first full week of the season provides a pair of matchups you won’t want to miss. Tuesday’s doubleheader will showcase a quartet of teams with Final Four aspirations, as four of the top seven teams in the country square off looking to make an early statement. Here we highlight the main course, #1 Duke vs. #2 Michigan State. (Tipoff is scheduled for 7:00 Eastern on ESPN.)

While there’s a ton of college basketball to play between now and the Final Four, this contest has a legitimate chance to be a title game preview. These two teams are that good. From established, big-name players to highly touted recruits, this game has it all.

Much of the attention for Duke will be centered on yet another top-flight recruiting class. Looking at the early returns, it’s easy to see why.

Marvin Bagley III has looked every bit the top recruit in the country, recording double-doubles in each of Duke’s first two games en route to averages of 24.5 points and 10 rebounds. Bagley looks like he’ll be able to live up to the enormous hype that accompanied him to Duke. But he has been getting plenty of help from his fellow freshmen.

Top-5 recruit Trevon Duval is averaging a double-double of his own, handing out an impressive 10 assists per game.

Rounding out Duke’s latest installment of impact freshmen are Gary Trent Jr. and Wendell Carter Jr. They have joined in the party, each sporting double-figure scoring averages.

Lost in the hoopla surrounding the newcomers is the return of Grayson Allen, perhaps the most polarizing player in college basketball. After a stellar sophomore season in which he averaged 21.6 points per game, he struggled as a junior. More attention was paid to a series of tripping incidents than his declining production. He returns for his senior season looking to regain his sophomore form and trying to shift the attention back to his game rather than if he can keep his feet to himself. Two games in, Allen is off to a good start, as he has averaged 20 points while shooting 57.7% from the floor and 66.7% from three.

Duke’s offense has been humming in the early going, as the Blue Devils are averaging 98 points per game while boasting five players averaging double-figures. They spent the weekend beating up on the likes of Utah Valley and Elon. Now they will have the chance to put on a show against an early Final Four favorite.

The Spartans flexed their muscles in a warm-up against North Florida. Now they look to take over the number one ranking by making a statement against Duke.

Like the Blue Devils, Michigan State boasts five players that scored in double-figures in the win over North Florida. Player of the Year favorite Miles Bridges leads the way for the Spartans after dropping 20 points on the Ospreys to go along with his 10 rebounds. Bridges is a highlight waiting to happen, and is worth your attention every time he is on the floor.

Freshman Jaren Jackson, Jr. notched a double-double of his own, scoring 13 points and grabbing 13 rebounds. He and Bridges also combined for seven blocks, as the Spartans swatted a total of 10 North Florida shots. Jackson Jr. comes to East Lansing as a top 10 recruit and will look to make a statement against the Duke freshmen who have garnered so much of the attention. His matchup against Bagley III is one to watch.

Nick Ward, who dropped 16 points in the season opener, rounds out the talented Michigan State frontcourt.

The Spartan backcourt has plenty of firepower as well. Sophomores Joshua Langford and Cassius Winston scored 13 and 12 points respectively against North Florida, and will aim to outshine the big names in the Duke backcourt.

As if the talent on the court wasn’t enough to get you hyped up for this game, two of the greatest coaches in the history of college basketball – Duke’s Mike Krzyzewski and Michicgan State’s Tom Izzo – will be prowling the sidelines. With all the weapons at their disposal, this game is sure to be a chess match between two of the masters.

Free throw shooting has been a concern for Duke in the early going, as the Blue Devils are knocking down just 50% of their freebies. In a close game, free throws can often make the difference.

Meanwhile, Michigan State has struggled from deep, connecting on just 25% of its three-pointers. The Spartans also turned the ball over 21 times against North Florida. While they are talented enough to overcome that type of carelessness against an Atlantic Sun opponent, a team like Duke will make you pay.

This heavyweight matchup provides fascinating matchups all over the court. Bagley III and Carter Jr. against Bridges, Jackson Jr., and Ward in the frontcourt. Allen, Duval, and Trent Jr. against Langford and Winston in the backcourt.

With big-name players at nearly every position with something to prove and two teams looking to make an early statement, this game has all the makings of an intense battle with a March feel. Whether you’re a die-hard college hoops fan or just a lover of the game of basketball, a fan of explosive guard play or talented big men, this matchup has something to offer you.

This Week’s Other Games Of Note

#4 Kanas vs. #7 Kentucky, 9:30 EST/6:30 PST (ESPN): The young Wildcats have looked far from convincing against some underwhelming competition. Here they have an early opportunity to inspire some confidence against Final Four favorite Kansas.

Indiana at #23 Seton Hall, 6:30 EST/3:30 PST (FS1): The Hoosiers were humiliated by Indiana State to open the season. A win at Seton Hall would go a long way to changing the mood in Bloomington.

Creighton at #19 Northwestern, 9 EST/6 PST (BTN):. Creighton aims for an early season signature win that could be huge come March, while Northwestern looks to build off last season’s first ever NCAA berth.

#17 Xavier at Wisconsin, 8:30 EST/5:30 PST (FS1): The Musketeers are coming off an Elite Eight trip and are entertaining hopes of taking the next step this year. Wisconsin is feeling slighted after being left out of the top 25.

It took less than a week for college hoops to bless us with a matchup of current top-two teams. As we inch towards March, the intensity will only ratchet up, and we can’t wait to see what the rest of the reason holds. Enjoy the show tonight, and check back next week for the next slate of must-see games.

College Hoops Game Of The Week: Duke vs. Michigan State 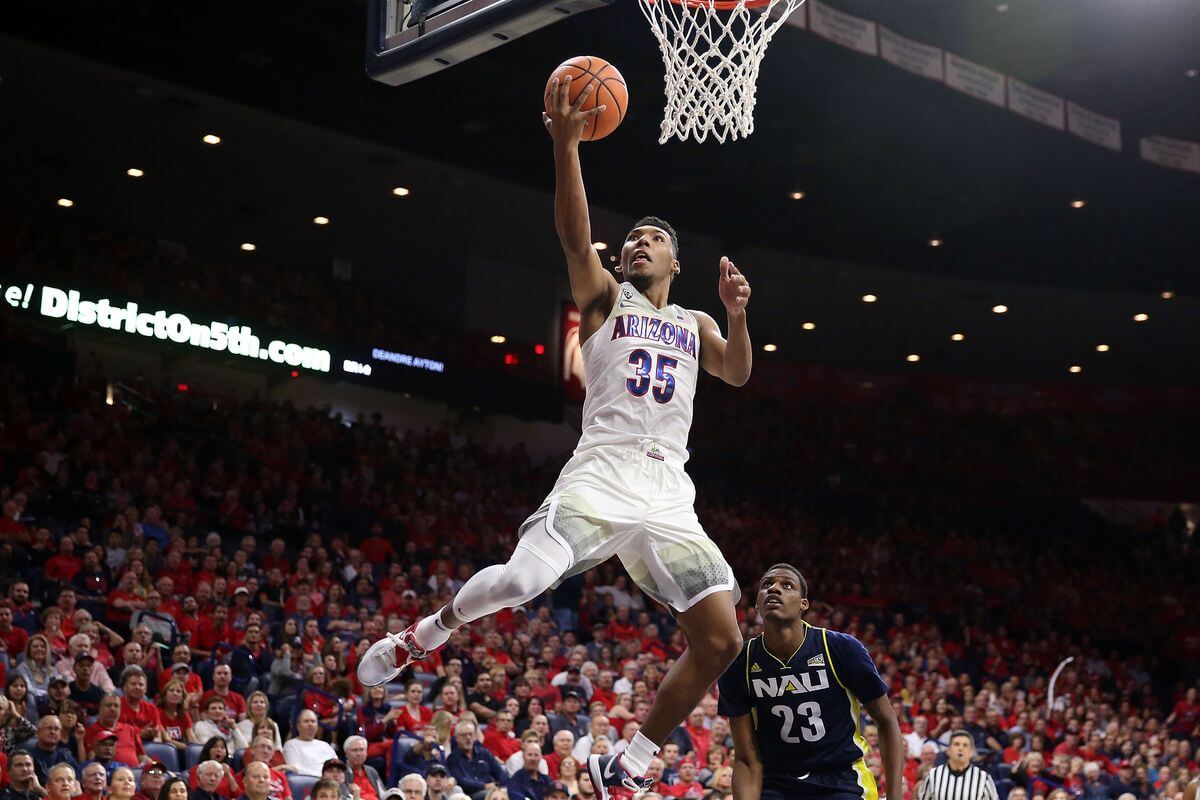 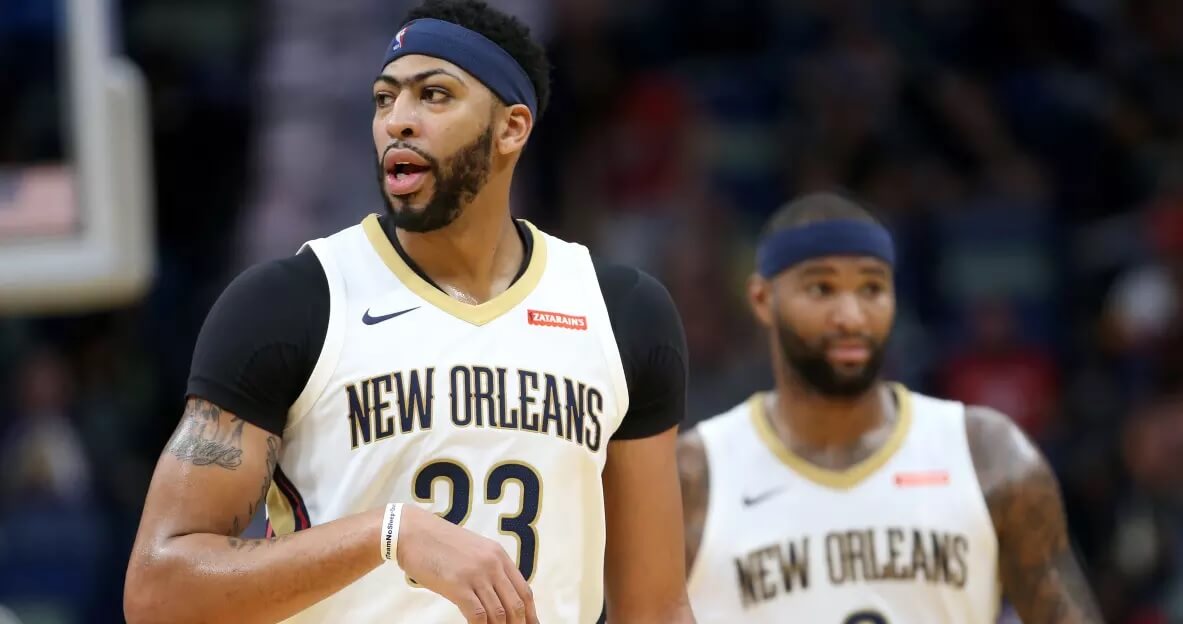