Tomorrow, the first pitch of the MLB season will be thrown on a historic opening day in which for the first time since the 1998 expansion, all 30 teams will be in action. The first shout of “PLAY BALL!” is an indication to winter-weary Americans that soon the weather will be turning, and it will be time to buy baseball game tickets and head to the ballpark. There are plenty of storylines heading into the 2018 season, and some of them might influence what teams and games you want to target for your baseball viewing pleasure. So, what should you look for?

Bronx Bombers Back In Full Force

The Yankees lead the majors in home runs a season ago, sending 241 balls sailing out of the yard. And then they added one of the most prolific home run hitters in the game to their already powerful lineup. Giancarlo Stanton, and his 59 dingers from a season ago, joins an already frightening lineup. Stanton will likely be penciled in right ahead or right behind Aaron Judge, who mashed 52 homers of his own. As if that’s not scary enough, opposing pitchers will still have to deal with Gary Sanchez (33 HR in 2017), Didi Gregorious (25) and Brett Gardner (21). Meanwhile, the Yankees believe in the power potential of youngsters Greg Bird and Aaron Hicks. The result is one of the most fearsome lineups in recent memory, and one capable of putting on a show on a daily basis.

Two-way Japanese sensation Shohei Ohtani, the ‘Babe Ruth of Japan,’ will make his major league debut for the (they still play in Anaheim) Angels. In his career in Japan, he accumulated a 42-15 record on the mound, with an ERA of 2.52. He piled up 624 strikeouts over six seasons, 10.3 Ks per 9 innings, while regularly topping 100 MPH on the radar gun.

The Angels appear committed to using Ohtani as a pitcher first, but a willingness to let him play both ways was a key part of where he chose to sign, so he should get plenty of opportunities as a DH. Ohtani’s unique skills and attempt to do something we haven’t seen in a very long time will be worth your attention.

After arguably the best run in franchise history from 2007-11, one that yielded five division titles, two NL pennants, and a World Series crown, the Phillies vanished, spending the last six years among the worst teams in baseball.

Thanks to a shocking lack of long-term vision, the team was saddled with gargantuan contracts and a stripped-down farm system. After finally seeing the error of its ways, it worked to rid itself of unproductive payroll and to replenish the minor leagues.

Those circumstances were enough to persuade management that it was time to push the rebuild forward, as the Phillies added Carlos Santana and Jake Arrieta this offseason, plugging some veteran talent into the young core. While hopes for a playoff berth may be a bit premature, the Phillies should have a much more competitive ballclub in 2018 and have sent a clear message that they intend to return to contention sooner rather than later. An improvement in 2018 could set the stage for the Phillies to be a major player in the loaded 2019 free agent class, setting the stage for a return to prominence.

Speaking of the 2019 Free Agent Class…

It will be headlined to two of the game’s brightest stars, Manny Machado and Bryce Harper. These guys are already worth watching on daily basis, but it will be interesting to see what they do with the looming prospect of mega paydays. Combine their immense talents with a bit of extra motivation and we could be in for some fireworks.

There continues to be a lot of noise about the pace of play. We could write an entire book on the complexities of the ‘problem,’ from technology-induced shorter attention spans to the cause and effect of our ‘instant gratification’ society to changing viewing habits. Instead we’ll just tell you that the proposals to combat the ‘problem’ range from reasoned to ridiculous, and that, frankly, you shouldn’t be worrying about it.

One could argue that the NFL has a much more pressing pace of play problem than baseball does. One could also argue that for baseball, it’s really not that much of a problem at all. The timelessness of baseball is one of its most endearing qualities. The breaks in action provide opportunities for fathers to teach sons, for friends and strangers to debate strategy or to share stories of past games and players and moments. Not everything has to be done at breakneck speed. In fact, it could be good for us to slow down and to tune into the sights and sounds and smells at the ballpark. Baseball is a game without a clock. Embrace it.

Before we know it the snow will be gone, the sun will be out, and baseball will be in full swing. So, head out to the ballpark, grab a hot dog (or something a little more complex) and your favorite cold beverage and enjoy the game. There’s plenty worth watching as the 2018 season gets underway. 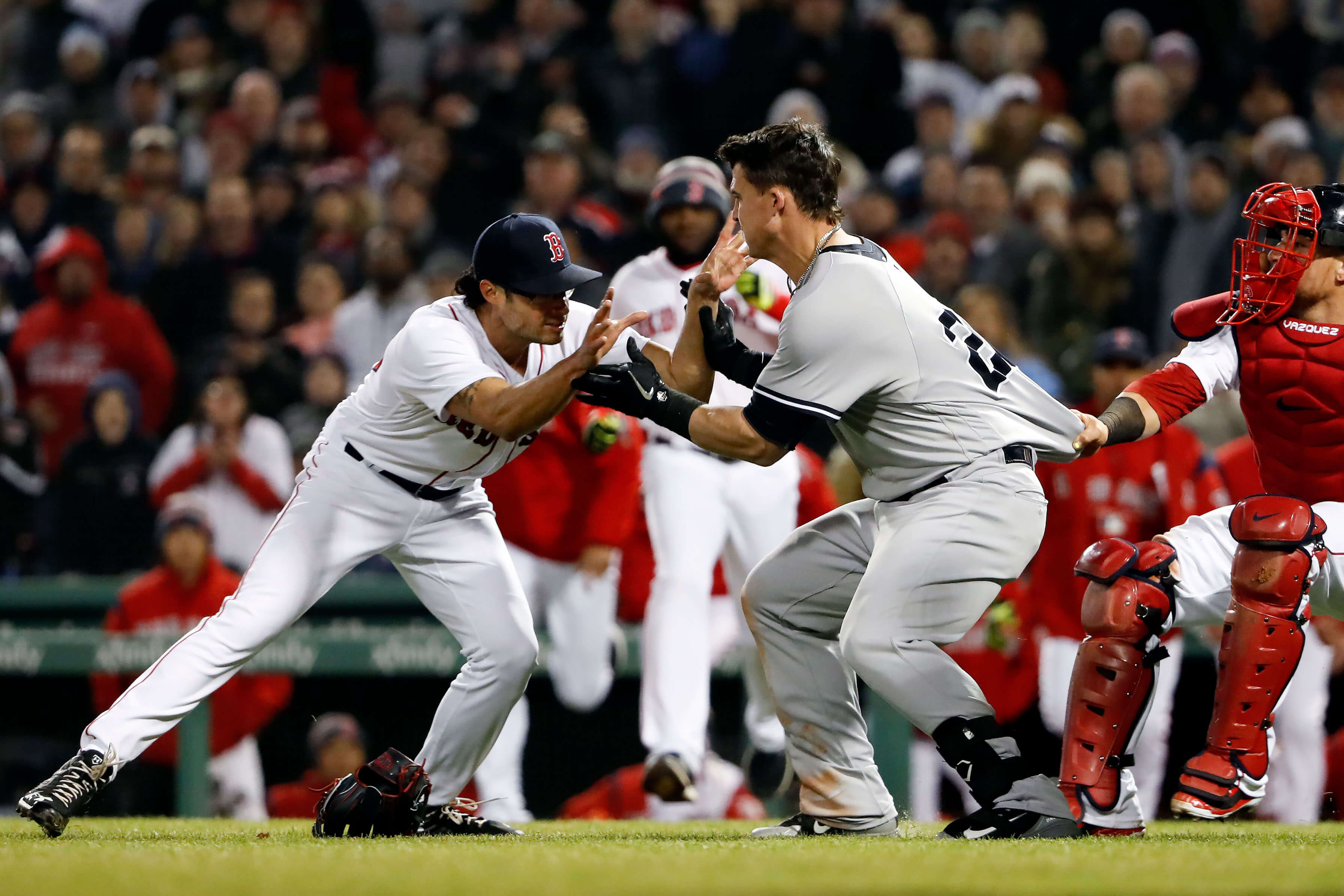 Baseball Enough With The Basebrawls Already 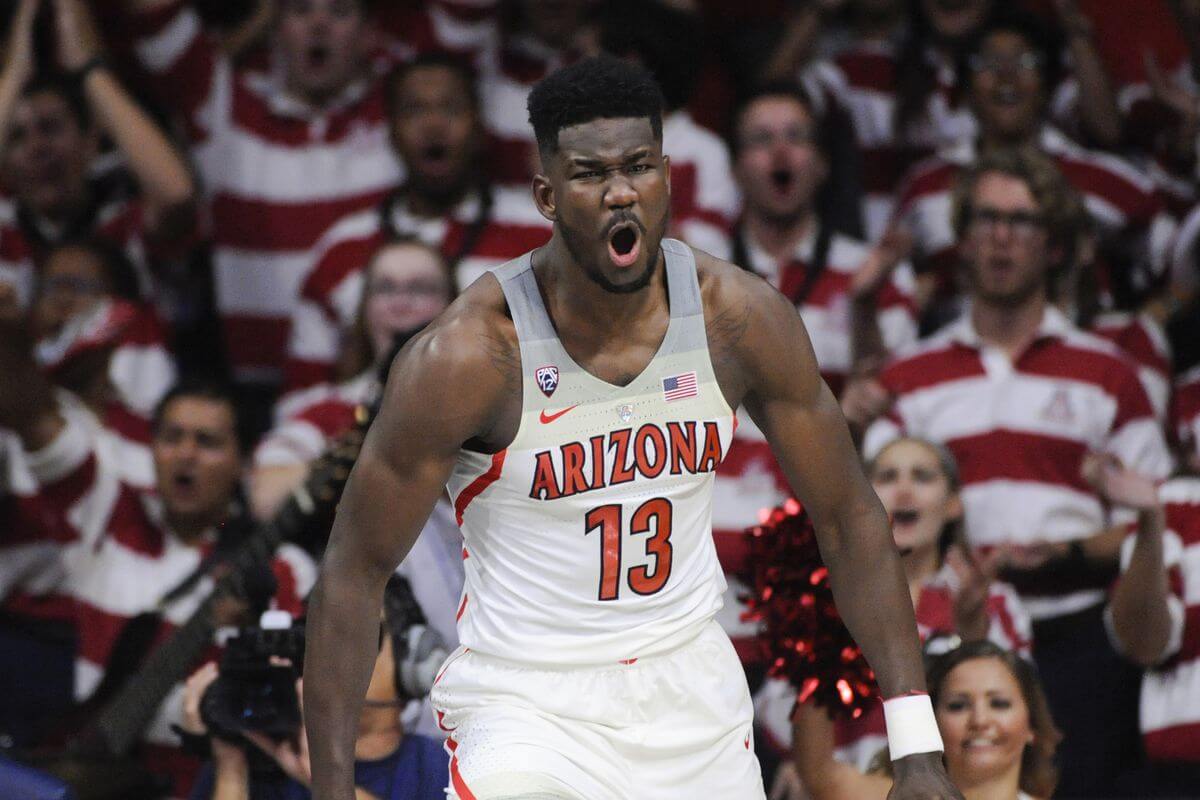 Basketball Building A Bracket: Where To Start?
0