After a month full of big-time clashes and important statement games, this week we enter one of the quietest weeks on the college basketball schedule. But that doesn’t mean there aren’t any showcase games or games that could have March implications. Three teams currently ranked in the TSFJ College Hoops Power Rankings face intriguing matchups this week. So here’s your one-stop shop for all the college hoops games you need to see this week, and if you’re looking for a sportsbook to wager on a game, this betfair free bet is on us!

An intriguing matchup here between two teams that could really use this win.

The Tar Heels got manhandled by Michigan State in their only true marquee non-conference game. Carolina holds solid wins over Northern Iowa and Arkansas, and the ACC will provide plenty of opportunities for quality wins. But a non-conference road win against a team with a number next to its name would provide a nice boost come March.

Meanwhile Tennessee has a win over #18 Purdue and held a double-digit halftime lead over #4 Villanova before a second-half Wildcat rampage gave ‘Nova a nine-point win. A win over the defending national champs would put the Volunteers in an excellent spot heading into SEC play while making a major statement to the country.

This game promises an interesting matchup in the frontcourt. North Carolina’s Luke Maye (19.9 points, 10.5 rebounds, 57% FGs) is among the most improved players in the country. His ability to shoot from deep and handle the ball on the perimeter add to his effectiveness. Tennessee’s Grant Williams leads the Volunteers in scoring with 16.1 points per game, adding 7.3 rebounds.

Joel Berry II has struggled shooting the ball for the Tar Heels, but he’s still managing to contribute 16 points per game and having a senior leader in the backcourt is invaluable in college basketball. He’s gotten plenty of help from Kenny Williams, who is adding 13.4 points while shooting 54% from the field and 55% from three.

Tennessee’s young duo of Lamonte Turner and Jordan Bowden mirrors Berry II and Williams. Each is averaging double-figures. Turner has struggled from the floor, while Bowden is shooting 52% from the floor and a scorching 59% from deep. The Tar Heels have a slight edge in the backcourt, but Bowden’s three-point shooting could be a major factor.

A big area to keep an eye on will be the glass. North Carolina has been one of the best rebounding teams in the country while Tennessee ranks in the middle of the pack. If the Vols can hold their own on the glass, the chance for an upset increases. If not, it could be a long day.

The crowd in Knoxville will be rocking, and it will be a great atmosphere as each team looks to secure a meaningful win.

This Week’s Other Games Of Note

A sneaky good game here as the Bulldogs are off to an 8-0 start. Their best win is against Dayton, however, and they are desperate for a noteworthy victory. A trip to Cincy provides one final opportunity in the non-conference. Expect an angry Cincinnati team, as the Bearcats are coming off consecutive losses to Xavier and Florida. A team with something to prove against an angry one is often worth a look.

The newly-minted #1 team puts its ranking on the line against city rival Temple. The 6-2 Owls have some solid wins and some baffling losses, but will have an opportunity to make a statement against Villanova. ‘Nova will be a prohibitive favorite, but weird things happen in Big Five games, Temple’s crowd will be amped, and the Owls will be hungry.

After a disastrous start in the Battle 4 Atlantis in which the Boilermakers lost to Tennessee and Western Kentucky, Purdue has righted the ship. A win over Arizona allowed Purdue to salvage something from its trip to the Bahamas, and it has followed that with five straight wins including one over #17 Louisville. Butler is 8-2 but in need of a signature win. Kelan Martin is worth checking out as well.

Florida State burst on the scene with last week’s impressive win at Florida. The 9-0 Seminoles have a real chance of getting to their ACC opener against Duke undefeated if they can handle the Cowboys. Oklahoma State is 7-2 with respectable losses to Texas A&M and Wichita State. Like a lot of teams, they lack a marquee win, and knocking off the unbeaten Seminoles would do the trick. You’ll have to do some work to check this one out, as it isn’t scheduled for national TV coverage.

This one could turn into a shootout, with two prolific offenses meeting. Oklahoma has the third-ranked scoring offense in the country at 93.3 points per game. Wichita State isn’t far behind, scoring 86.9 per night. You really should be watching the Sooners every chance you get by now, just to get a look at Trae Young. The sensational freshman is averaging 28.8 points, 8.8 assists and 3.5 rebounds as he plays his way up NBA draft boards. The Sooners are 7-1 and have an opportunity to announce themselves as a national player on Saturday. Landry Shamet, Shaquille Morris and the Shockers will have other ideas. This game was a close second to UNC-Tennessee for game of the week designation.

Even in a relatively quiet week in the college hoops schedule, there are still several games that are worth checking out. Opportunities for key non-conference wins are winding down, and that should help boost the intensity. Enjoy the games this week, and we’ll see you next week to give you all the games you need to see.

College Hoops Game Of The Week: North Carolina At Tennessee 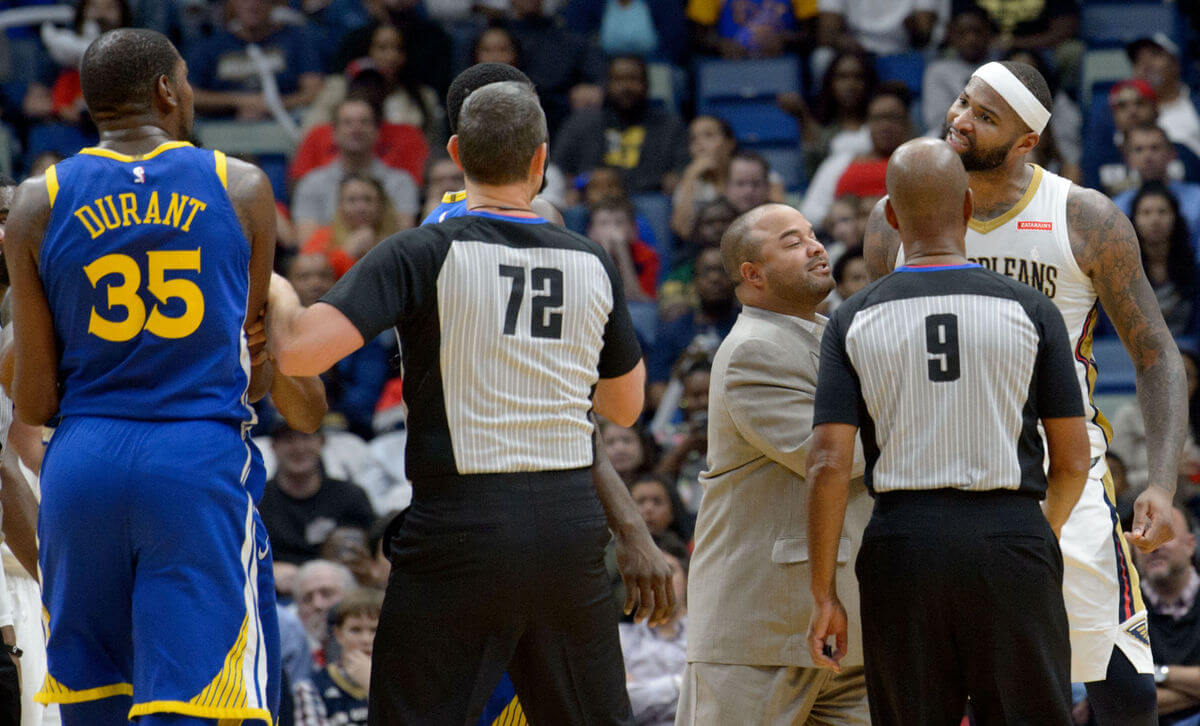 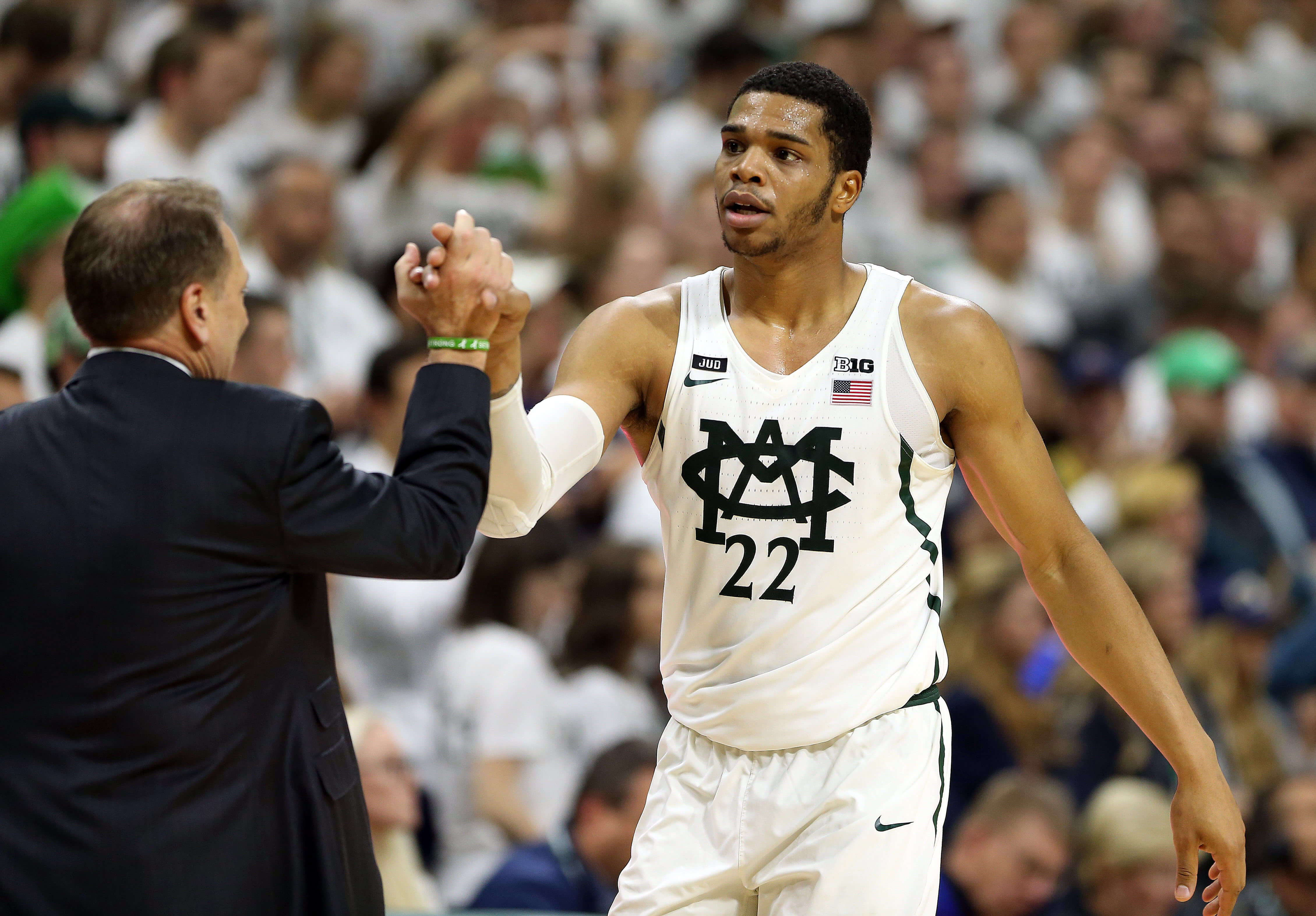