Continuing with our look at college basketball’s key conferences, today we look at the Big East.

The Big East has lost some clout in recent years, as the new version is without major programs like Louisville, Syracuse and UConn. Villanova has dominated the reformed Big East, and its early tournament exits of 2014 and 2015 provided more fodder for critics of the league. But all of that is changing.

Last season, Villanova put its tournament demons to rest as it marched all the way to the national title. While the conference still has work to do, being home to the national champion is a great way to restore some prestige. The conference will begin the 2016-17 season with two top 10 teams as it looks to build on Villanova’s success.

Any discussion of the Big East must start with Villanova. The Wildcats are the defending national champion and have won three straight regular-season conference titles. They enter 2016-17 as the favorite to again win the conference and are also among the leading candidates to win the national championship.

Villanova is the first champion since 2006 Florida to return its two leading scorers and three starters from the title-winning team. The Gators also happened to repeat as champions.

Josh Hart and Kris Jenkins will lead the way for Villanova. Hart is a Wooden Award candidate, while Jenkins’ three-point stroke adds a dimension to the offense. Sophomore Jalen Brunson replaces Ryan Arcidiacono at point guard, while Phil Booth looks to build off of his 20-point outburst in the National Championship Game. Sophomore Mikal Bridges is a potential breakout candidate, and transfer Eric Paschall should help Darryl Reynolds replace Daniel Ochefu in the frontcourt.

Anything short of a Big East championship and a deep NCAA Tournament run will be considered a disappointment for the Wildcats.

The Musketeers begin 2016-17 as a consensus top 10 team. They enter the season with high expectations as they look to rebound from a Round of 32 exit in last season’s tournament.

The backcourt will be a strength for Xavier. Sophomore Edmond Sumner is one of the best guards in the league, and his backcourt mate Myles Davis brings double-figure scoring and experience. Junior J.P. Macura and freshman Quentin Goodin should be able to contribute solid minutes as well.

The frontcourt is more of a question mark for Xavier. James Farr and Jalen Reynolds are gone, and their departures cost the Musketeers over 20 points and 14 rebounds per game. The return of Trevon Bluiett will ease some of that pain. Bluiett led the team in scoring last season with 15.1 points per game and added 6.1 rebounds. He is a versatile player who has the ability to step out beyond the arc, and he will be key for Xavier this season. Freshman Tyrique Jones and transfer RaShid Gaston could play key roles as well. Gaston averaged 15.5 points and 9.6 rebounds two years ago at Norfolk State.

Sumner and Bluiett are All-Conference talents and have plenty of help around them. Expect Xavier to push Villanova at the top of the conference and make a deep run in March.

The Blue Jays have struggled since the departure of Doug McDermott. Two seasons ago, they finished at the bottom of the conference before improving slightly last season and earning an NIT berth. Expect them to build on that this year.

Crieghton is another team with an excellent backcourt. Senior Maurice Watson Jr. has All-Conference potential after averaging 14.1 points and 6.5 assists last season. He will pair with Kansas State transfer Marcus Foster, who averaged 15.5 points in his freshman season at Kansas State before being derailed by off-court issues. If Foster puts those issues behind him and regains his form, Creighton has one of the best backcourts in the country.

Cole Huff and Justin Patton will be major players in Creighton’s frontcourt. Huff, a senior, was a double-figure scorer who flashed potential for outbursts, most notably in a 35-point performance against Seton Hall in the Big East Tournament. He shot a respectable 36 percent from three, the third best percentage on the team. Patton is a redshirt freshman who came to Creighton as a highly touted recruit (ranked 45th nationally by Rivals). At 6-11, he has the size to compete with anyone in the Big East, and he possesses solid ball-handling and passing skills for a player his size.

The Blue Jays have nice balance between the backcourt and frontcourt, as well as improved depth. They are clearly the best team in the conference behind Villanova and Xavier, and they should not be slept on.

The Best Of The Rest: Butler, Marquette, Seton Hall

Howard is an adept ball-handler who can score from all three levels. He has great vision and is willing to get teammates involved. If he can carve some room for himself in a crowded Marquette backcourt, he is a Big East Freshman of the Year candidate.

Bridges is an athletic specimen with an NBA body. At 6-7 and seven-foot wingspan, he is a nightmare defensively, both on the ball and in the passing lanes. He can run the floor and finish at the rim. If he can develop a consistent jump shot, he could make some major noise this season.

There is no way to go with anyone but Villanova here. The Wildcats have yet to be denied the regular-season conference championship since the realignment in 2013, and they return all but two players from last season’s national championship squad. Xavier may be able to give the Wildcats a push, but Villanova should take home its fourth straight regular-season conference title.

Player Of The Year: Josh Hart

Much like Grayson Allen at Duke, Hart will be the best player on one of the best teams in the nation. He led Villanova in scoring last season with 15.5 points per game and should do so again with an average approaching 20 a game. He also averaged nearly seven rebounds per contest while playing tenacious defense. An increased leadership role only strengthens Hart’s importance to the defending champs, and he will be the conference POY while challenging for the Wooden Award.

The Big East is still trying to return to its glory days as the premier college basketball conference, before football and the almighty dollar tore it apart. Now, it is an anomaly is college sports: a conference in which all its members are basketball-first schools. While other non-Power 5 conferences are constantly on the lookout for poachers, the Big East is secure in its membership and could even do a little poaching of its own if it chooses to do so. The conference will look to use its uniqueness and Villanova’s success to return to the top of the college basketball world.

In the three seasons since the realignment, the conference has averaged five NCAA Tournament bids a season. That’s a higher percentage of bids per membership than the ACC, Pac-12 and SEC over that time. Five bids are most likely what the conference ends up with this year as well, with possibly a sixth if things shake out fortuitously. Both Villanova and Xavier are threats on the national level, and this conference is worthy of your attention.

Looking for some fun? There are over 700 casino games at EuroPalace, check them out.

College Basketball Primer: What You Need To Know About The Big East This Season 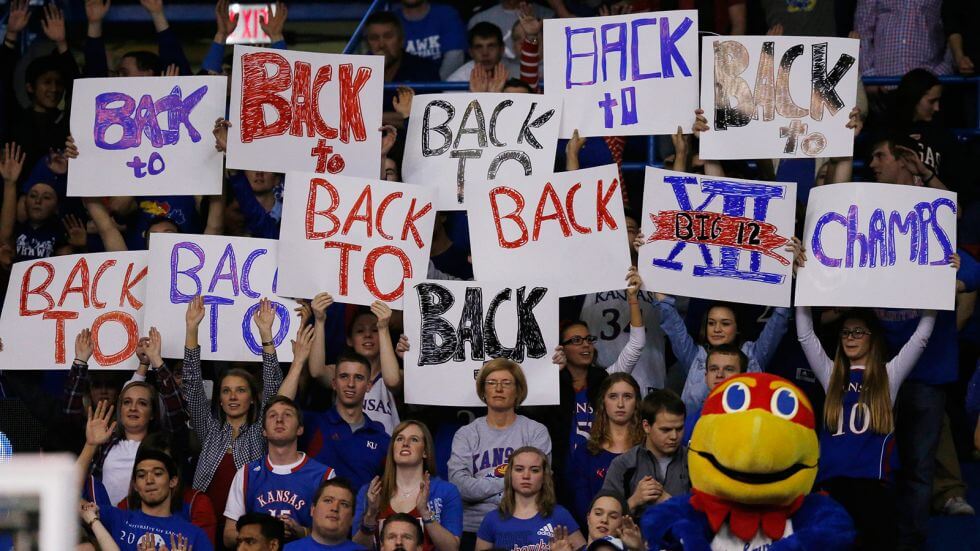 Basketball College Basketball Primer: What You Need To Know A… 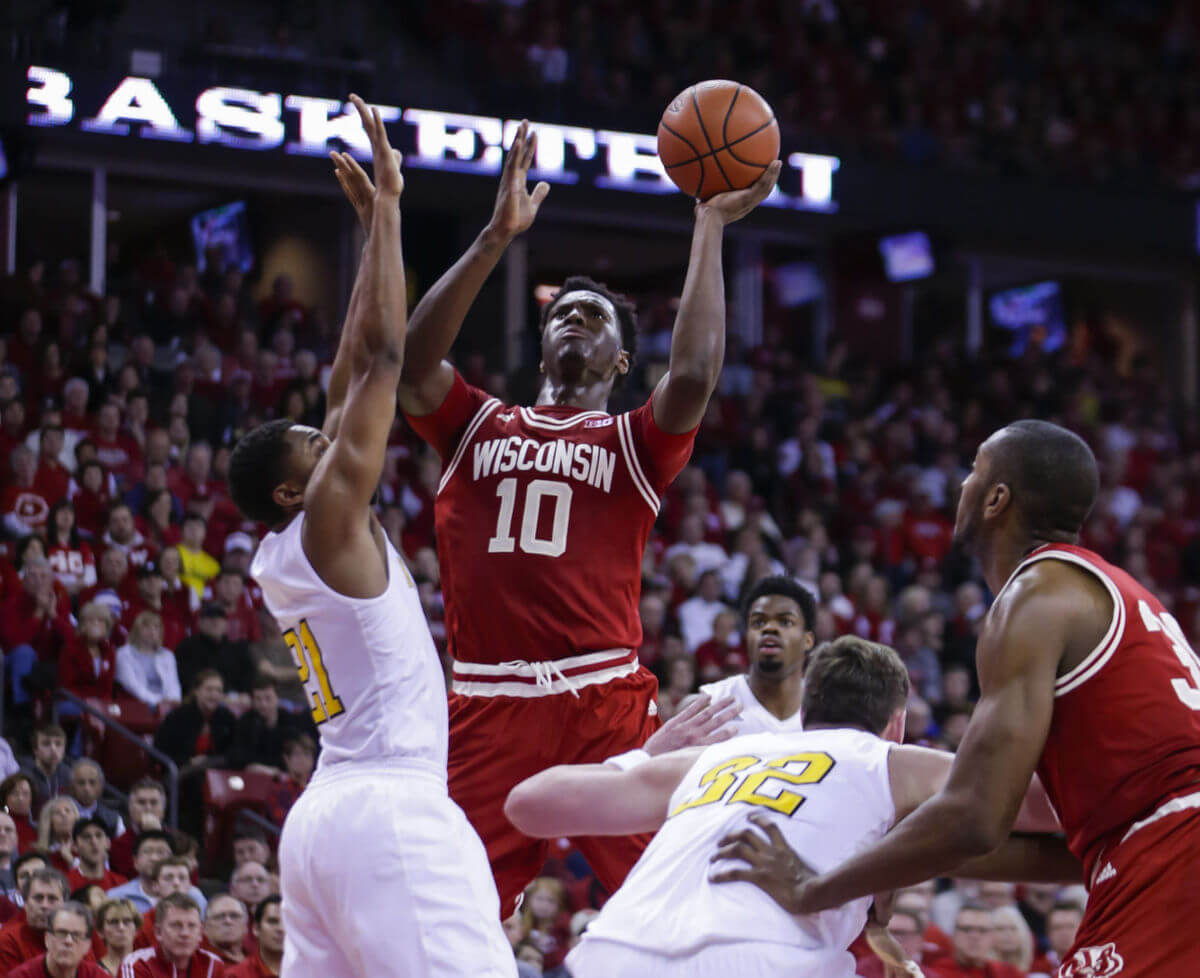