Next up in our look at college basketball’s key conferences: the Big 12

Like two of our previously discussed conferences, the ACC and the Big East, the Big 12 has a giant looming at the top of the conference, followed by a group of very good teams battling for position. You can expect five or six NCAA Tournament bids from the Big 12 this season.

The Jayhawks come into the season looking to make history. They have won 12 straight conference titles, and a 13th would tie them with John Wooden’s UCLA teams for the most consecutive conference titles by a major conference team. It’s a safe bet that they will accomplish the feat.

If there are any question marks for Kansas this season, they would be in the frontcourt. Last year’s leading scorer Perry Ellis graduated, and the experience the backcourt possesses is countered by the lack thereof in the paint. Landen Lucas is the most experienced frontcourt player and will need to make his per-40 numbers from last season (12.5 points, 14.6 rebounds) a reality. Former McDonald’s All-American Carlton Bragg saw the court only sparingly last season so it will be interesting to see if he can step right in to an expanded role. Seven-foot center Udoka Azubuike is another interesting piece in the Kansas frontcourt who should have an impact.

Kansas is the not only the favorite to win the Big 12, but also one of the early favorites to reach the Final Four.

Shaka Smart and the Longhorns are undergoing a youth movement. Texas has a combination of seven sophomores and freshmen who will be expected to contribute. The Longhorns take confidence in the fact that their 2015 class was ranked in the top 20 while this season’s group is top five.

In the frontcourt, a pair of freshmen lead the way with five-star Jarrett Allen as the headliner. He is a gifted scorer in the low post. Four-star James Banks provides a defensive presence. Both players are 6-10, and they played together this summer for Team USA’s Under 18 squad. At 6-8, 285, senior Shaquille Cleare provides some experience and toughness to an otherwise young frontcourt.

There is more youth at the guard spot. Five-star freshman Andrew Jones is an athletic point guard who can score from anywhere. He is also an adept passer. At 6-4, 195 he can play through contact. Kerwin Roach Jr. is sophomore who can jump out of the gym. He could be poised for a breakout season after averaging 7.5 points, 2.9 rebounds and 1.2 assists in just over 17 minutes a game last year. Both guys can play either guard spot and should see a lot of time together. Senior Kendal Yancy brings a steadying hand and a 41-percent three-point percentage.

This is an incredibly young team, but the talent is tantalizing. As with any young team, there will likely be some bumps along the way, but if the Longhorns can put it together they will be scary at the end of the season. This will be a fun team to watch, not just this year but for the next few.

Despite some key losses, namely Georges Niang, Jameel McKay and Abdel Nader, Iowa State enters the season with a roster loaded with experience and talent, particularly in the backcourt.

Senior point guard Monte Morris is an All-Conference candidate after averaging 13.8 points and 6.9 assists last season. Morris has the potential to be one of the best guards in the country. He will get help from fellow senior Matt Thomas and transfer Donovan Jackson, both of whom can knock it down from deep.

Versatile combo forward Deonte Burton can play down low despite his 6-4 height and has the ball-handling and shooting ability to play on the perimeter. Graduate transfers Merrill Holden and Darrell Bowie should be key contributors up front.

Rebounding and defense will be concerns for the Cyclones, but experience and quality guard play should have them in the mix in the Big 12 and put them in line for an NCAA Tournament berth.

At 6-9, Motley is an athletic big who possesses a nice shooting touch, but he was wildly inconsistent last season. Motley had seven games of 20+ points but also had eight games in which he failed to score more than five points. He has the skills, but his consistency could determine whether or not the Bears are dancing in March.

Oklahoma State’s backcourt duo has a lot of talent. Forte is one of the best shooters in the conference, if not the country, but only played three games before an elbow injury ended his 2015-16 season. Evans was putting together a fine freshman campaign, averaging 13 points, five assists, and four rebounds, before he too was derailed by injury. If both come back healthy, the Cowboys have one of the better backcourts in the conference. It may not be enough to get them to the Big Dance, but you should keep an eye this pair.

This is a no-brainer. The Jayhawks are loaded with talent. They have experience, and they have the coaching. While other Big 12 powers are dealing with questions, Kansas comes in with a top-tier backcourt and a beautiful mix of experience and youth. It’s hard to see anyone even pushing Kansas at the top of the conference.

Player Of The Year: Josh Jackson

Arguably the best freshman in the country, Jackson looks to follow in fellow Jayhawk Andrew Wiggins’ footsteps. Wiggins entered Kansas as a highly touted prospect and had a stellar freshman season en route to becoming the top pick in the NBA Draft. We could see history repeat itself. It might be a bit risky to go with a freshman here, but Jackson’s talent combined with what his team should accomplish makes him the pick.

It will be an interesting year in the Big 12. While Kansas stands alone at the top, spots 2-6 are wide open for you to go to free betting sites to wager where teams fill finish. It seems that the rest of the Big 12 powers are dealing with question marks, but for every concern there is a reason for optimism. It will be fascinating to watch whose questions get answered and who will still be looking. Regardless of how the conference shakes out, it will be a fun ride.

College Basketball Primer: What You Need To Know About The Big 12 This Season 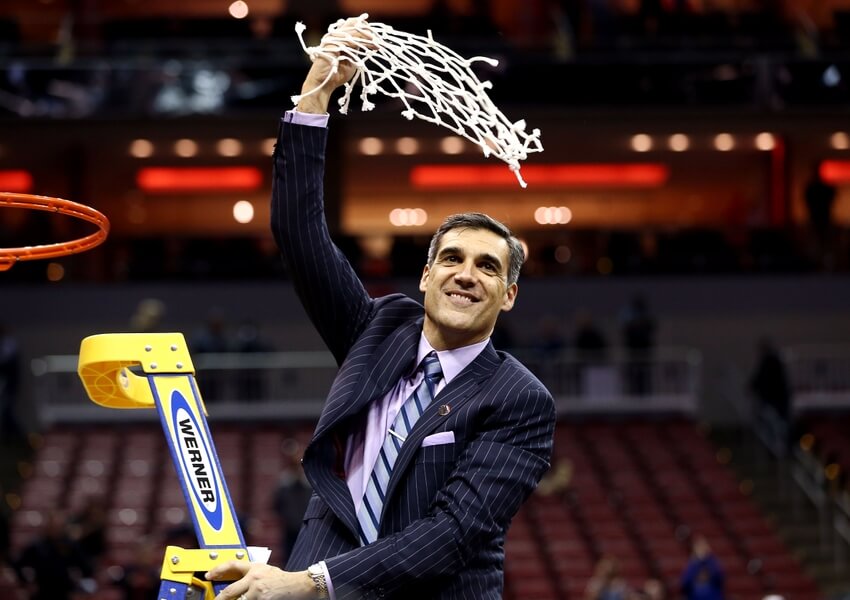