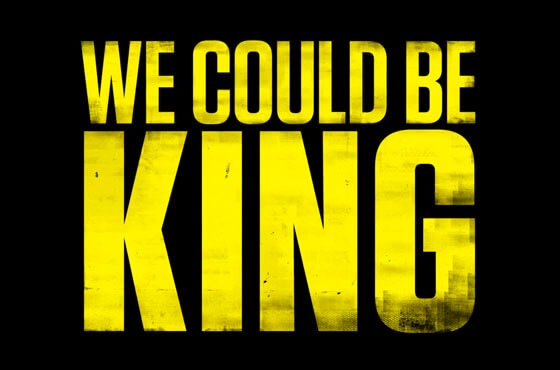 My hometown of Philadelphia has been facing a major budget crisis for its schools system for years now, and the situation is not getting any better. Schools are closing at a rapid rate, forcing students to combined classrooms, all while the amenities afforded to the young men and women continue to recede.

For many schools, classes such as art and music have been slashed, while extracurriculars are few and far between — including sports. Any former athlete or student knows just how devastating that can be to a community, wiping away athletics, particularly high school athletics. The games provide an outlet for students to do something positive in often difficult surroundings during a pivotal point in their lives, while also fostering a sense of community and belonging to the entire area. Lose that, and you lose many a student — and faith in the community.

A recent documentary that was featured at the Tribecta Film Festival and aired on ESPN tackles these subjects through the lens of the Martin Luther King Jr. High School football team in Philadelphia. "We Could Be King" chronicles the budgetary crisis that led to Germantown High School being shuttered, with the students absorbed into their biggest rival high school, Martin Luther King Jr. It tells that tale through the eyes of the Cougars football team and all the tension that is brought about.

The documentary should be on any high school athletics fan's agenda as required viewing, as well as on the agenda of folks who care about schools and our nation's youth. The bottom line is it's criminal to deprive children of the opportunities at a well-rounded education, both in the classroom and outside of  it. Yet that is exactly the situation that is going down in Philadelphia and many other places around the country. "We Could Be King" showcases that … and provides inspiration without sugarcoating life in some of the most dangerous and crime-riddled sections of Philadelphia. Coinciding with scenes on the football field are the sights and sounds students face every day attending MLK — the metal detectors and long lines just to get into school, the classrooms, the meetings with advisors and the like.

The film has four major stars: head coach Ed Dunn, a young, 27-year-old head coach who came from Germantown High; Dontae Angus, the behemoth, soft-spoken star of the team and highly touted NCAA recruit; Salvatore Henderson, the heart and soul of the team, an undersized footballer who lives for the game; and Michelle Grace, the first female to carry the ball in the city as a member of Germantown High's football team and an assistant/trainer for MLK. 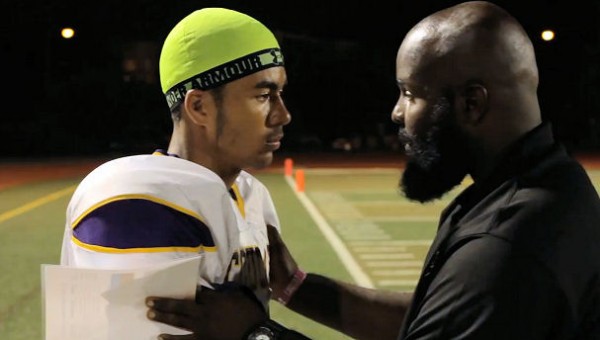 The film starts out detailing the crisis in the Philadelphia schools and then goes on to describe how MLK is absorbing the Germantown students. It then cuts in with Dunn, a former Germantown assistant tasked with bringing together two former rivals. As the preseason begins, Dunn is working as a volunteer head coach, having recently been laid off due to the budget crisis. This is a young man determined to give back to his community and mold boys into young men at all costs. He is no glory-seeker. He's a humble, kind, disciplinary coach trying to look out for his kids. And boy does he have a difficult task on his hands.

Dontae Angus is perhaps the most interesting character in the documentary. Being brought up in a rough and tumble section of Philadelphia, Angus, despite his 6'6", 300-pound frame, is really just a gentle giant. He struggles in school and with life, a sensitive kid who was bullied growing up and has a hard time in school and at home. Angus is clearly the most talented and a player being recruited by the likes of Florida, but his erratic behavior and flightiness, not to mention his classroom struggles, leave him in tough standing with the team. His trials and perseverance are fascinating and really remind you that, no matter how much attention some of these young athletes garner, they are just, in fact, kids — a point driven home by the large teen's passion for riding his bicycle.

Salvatore Henderson also displays the struggles of inner-city youth. Watching the film, you get the sense that Sal is the coaches' favorite player, a born leader and born player. He's undersized, but he's talented and hard-working, dedicated to making himself and his team better. Yet Sal, the player who seems to do no wrong on the field, finds himself sucked into the perils of street. Whether it was a simple case of being at the wrong place at the wrong time with the wrong people or something else altogether, Sal finds himself away from the team for a while, and you can feel the devastation he feels, his family feels and, especially, coach Dunn feels.

Then there is Michelle Grace, who often steals the show. Her impassioned speech at a school hall meeting is remarkably eloquent and inspiring. She details how pivotal a role high school athletics played her life and how important they are to the lives of the students in the community. She is a likable, intelligent young woman who, like Dunn, clearly cares for these kids. She proves that time and time again, particularly when she reaches out to Philadelphia native and George Washington High School graduate Sharrif Floyd, who played college ball at Florida and is about to embark on his second NFL season with the Minnesota Vikings, to speak to Angus.

The documentary does a wonderful job following the MLK Cougars through their season — the ups and downs and what it all culminates in. It also tackles a variety of subjects, including concussions, off-the-field troubles, classroom issues, inner-city teen life, economics, education and, of course, football. I won't spoil it by telling you what happens if you haven't seen the film or aren't familiar with the Philadelphia Public League, but I will tell you that "We Could Be King" is more than worth your time.

This documentary is a real eye-opener, one that any fan of football, high school athletics and/or education should make a point to watch.

Tribeca Films will distribute 'We Could Be King' via Google Play, iTunes, Amazon and Video On Demand on August 12. Stay up to date with the film on Facebook as well.