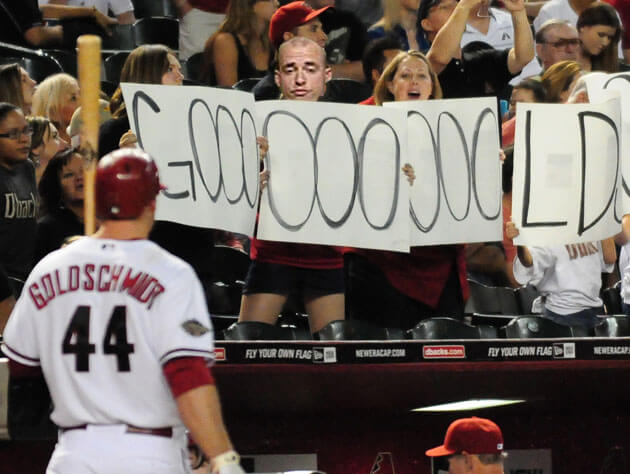 The 2013 Major League Baseball All-Star break is, believe it or not, just two weeks away, so TSFJ’s resident baseball fanatics — Matt Whitener and the Rev — thought now was as a good a time as any to roll out the players who got their votes as MLB All-Star starters. While a lot can happen in the next two weeks, here’s where we stand as of right now.

Today, we kick it off with the National League. Tomorrow, we give you our American League choices.

Whitener: Yadier Molina, St. Louis Cardinals: He’s leading the NL in hitting (.345) and doubles (26), while remaining the game’s most imposing defensive presence. He has put together his finest offensive season, while guiding the league’s top rotation to an amazing first half.

Rev: Buster Posey, San Francisco Giants: OK, I'm actually cheating here because on my real ballot, I voted for Molina. However, Posey is nearly every bit as worthy, posting a .931 OPS with 12 home runs and 48 RBI — both more than Yadier — while batting .319 in an order devoid of any Matt Hollidays or Carlos Beltrans to help him out.

Whitener: Paul Goldschmidt, Arizona Diamondbacks: It is close between him and Joey Votto, but Goldschmidt takes the edge. The D’Backs' RBI machine has not only steadied the ship post-Justin Upton, he’s led the charge to take the NL West surprisingly hostage.

Rev: Paul Goldschmidt, Arizona Diamondbacks: I agree with Matt that Goldschmidt is the guy. Where I don't agree is that it's close between him and Votto. Sorry, it's Goldschmidt by a mile. He leads the NL in RBI, has more home runs than any other NL first baseman and is batting over .300 for the first-place Diamondbacks.

Whitener: Brandon Phillips, Cincinnati Reds: He’s once again brought an amazing glove and presence, but he’s also become the primary run producer in Cincy as well. His 61 RBI are nearly 30 better than any other second baseman.

Whitener: David Wright, New York Mets: One of the game’s great ambassadors and de facto host of the ASG is also the best of NL third basemen far and away this year. He’s leading his position in hits, average, doubles, triples and stolen bases.

Rev: David Wright, New York Mets: I have to tell you, I really, really, really was tempted to put Pedro Alvarez here. After all, the guy leads all NL three-baggers in home runs and RBI, and he's been real hot lately. But that .241 average is too much to overlook, and Wright is a better all-around player, period. Plus, he's the hometown guy.

Whitener: Jean Segura, Milwaukee Brewers: Troy Tulowitzki has had the best year at the position, but he won’t be healthy in time to play. This leaves the spot open for Segura, the Brewers' prize return for Zack Greinke a year ago, who’s leading the NL in hits and is second in steals as well.

Rev: Troy Tulowitzki, Colorado Rockies: I know Tulo won't be available for the game, but he's the best shortstop in the NL and has steered the Rockies to within a game and a half of first thanks to his insane .347 average, 16 home runs, 51 RBI and 1.048 OPS, all of which lead the entire majors for shortstops. 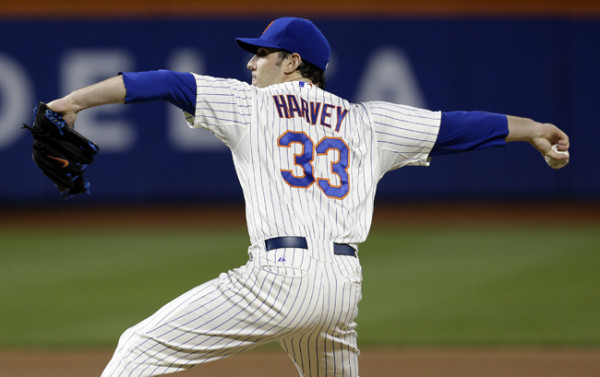 Whitener: Carlos Gonzalez, Colorado Rockies: CarGo has long been among the most talented players in the game, but he’s putting together his masterpiece this summer. He’s leading the NL in home runs and is on pace to hit over 40.

Domonic Brown, Philadelphia Phillies: He’s come into his own in year three, and on the heels of his 12-homer May outburst, he’s pulled himself up to the top tier of outfielders in the NL, quickly.

Carlos Beltran, St. Louis Cardinals: Time doesn’t seem to catch up to him. His tools have preserved well, and he’s hitting over .300 with 19 homers and 50 RBI as the hammer for the balanced Cardinal attack.

Rev: Carlos Gonzalez, Colorado Rockies: He's the most well-rounded outfielder in the National League this side of Andrew McCutchen, leading in runs and homers for NL outfielders, while also bring the speed dynamic with his 15 steals.

Domonic Brown, Philadelphia Phillies: Call this a homer pick if you like, but Dom is right behind CarGo in the big boy categories, and he's quite literally one of only two reasons to watch the Phillies these days (the other is Cliff Lee).

Yasiel Puig, Los Angeles Dodgers: You know what? I was going to go with Andrew McCutchen or even Carlos Gomez, but screw that. Yasiel Puig is the most exciting thing in baseball right now, and he's off to an unprecedented start to his career: .436 average, seven home runs, 16 RBI, 19 runs, four steals, 1.180 OPS in just 26 games. The last player to start his career with anything like this was Joe DiMaggio. All-star, no matter how few at-bats he has.

Whitener: Michael Cuddyer, Colorado Rockies: The owner of season’s longest hitting streak has it up to 27 games now and is turning in a career-best .344 effort at the plate as well.

Rev: Joey Votto, Cincinnati Reds: He's batting .325 with 14 home runs and a .952 OPS after a slow start. He should be starting somewhere. Still, the DH is the devil, and it just feels wrong to vote for a National League "DH."

Whitener: Matt Harvey, New York Mets: Is there really any other option? For the second season in a row, the season’s most sensational arm wears the Mets uniform. Harvey leads the NL in strikeouts, and his 2.00 ERA is nearly as high as it’s reached all year.

Rev: Matt Harvey, New York Mets: The hometown guy leads the Majors with an almost obscene 0.85 WHIP and minuscule .184 opponents batting average and leads the NL in ERA (2.00) and strikeouts (132). He's the guy.