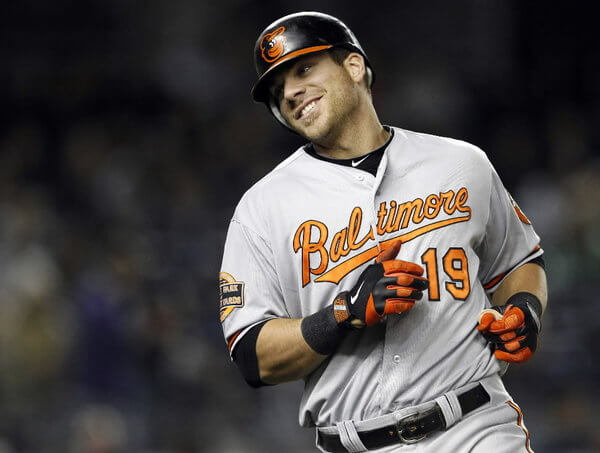 The deadline for the vote of the summer is coming to a close tomorrow, but we are continuing to get ahead of the game here at TSFJ. Just a day after we broke down how the National League should represent at the 2013 Major League Baseball All-Star Game, the local seamheads here at TSFJ — The Rev and Matt Whitener — are now rolling out the carpet for the American League's mid-summer honor roll.

In the same fashion as yesterday: one position, two picks and why. And as is with any MLB All-Star Game, the difference in debate won't take long to set in.

Rev: Joe Mauer, Minnesota Twins: Talk about a down year for the position. No AL backstop has all that impressive numbers, so Mauer is the default guy, leading all AL catchers in runs, hits, doubles, average, on-base, slugging and OPS.

Whitener: Joe Mauer, Minnesota Twins: There’s basically Mauer and then everybody else once again at catcher in the AL. He’s in the argument for best pure hitter in baseball period, and is far and away the easy choice at catcher this year. He’s the lone bright spot in yet another dark summer in the Twin Cities.

Rev: Chris Davis, Baltimore Orioles: One of two absolute slam dunks for position players, Davis leads baseball in home runs, slugging and OPS, and he leads all first basemen in runs, doubles, RBI and batting average. He's as big a reason as any that the Orioles are in second place in the tough AL East.

Whitener: Chris Davis, Baltimore Orioles: “Crush” is giving his absolute best effort to see that no baseball that crosses his path leaves with a cover on it. His 31 pre-All-Star homers are the 12th most ever before the break, and he’s on pace for a mere 60 on the summer.

Rev: Jason Kipnis, Cleveland Indians: Dustin Pedroia and Robinson Cano are having their usual outstanding seasons, but Jason Kipnis has been the best player on the upstart Indians all season long. Plus, he leads all AL second basemen in doubles, steals, slugging and OPS, while keeping pace with Cano and Pedroia in all the other categories.

Whitener: Robinson Cano, New York Yankees: The Yankees are at the worst they have been in over 15 years, but the play of Cano in the middle of their depleted lineup still has them in the heart of the race. His 19 home runs and 54 RBI are tops at the position in all of baseball.

Rev: Miguel Cabrera, Detroit Tigers: The other slam dunk. Last year's Triple Crown winner once again is pacing everyone in RBI and average while trailing only Davis in home runs. He also leads baseball in runs, hits and on-base percentage. Right now, it's a two-horse race between Cabrera and Davis for MVP.

Whitener: Miguel Cabrera, Detroit Tigers: He’s having an even better year than the one that landed him a Triple Crown last year. The pace as it currently stands? .368 average, 51 homers, 168 RBI, 235 hits. Much respect to Manny Machado and Evan Longoria, but it’s not even close.

Rev: Jed Lowrie, Oakland Athletics: Call me crazy if you like, but Jed Lowrie is the engine that's kept the A's in a tight battle for AL West supremacy with the Texas Rangers. He leads AL shortstops in hits, doubles and on-base percentage, while stacking up favorably in just about everything else as well.

Whitener: J.J. Hardy, Baltimore Orioles: He’s the best glove in the AL at short and also carries more pop (leads all AL shortstops in home runs and RBI) than any other. Despite potential for being the best of the worst spot in either league this season, Hardy has earned his keep. 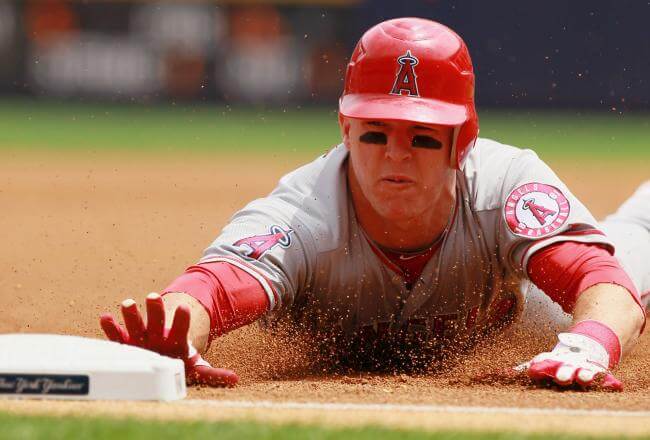 Nelson Cruz, Texas Rangers: A Texas Ranger needs to be on here, and Cruz is leading all AL outfielders in home runs and RBI.

Jacoby Ellsbury, Boston Red Sox: This was a tough choice here for me between Ellsbury and Adam Jones, but ultimately Ellsbury's league-leading 32 steals and excellent play in all aspects of the game convinced me to give the Red Sox star the nod.

Whitener: Mike Trout, Los Angeles Angels: The best display of total baseball talent alive is proving why once again. He’s in the top 10 in everything in the AL and probably a few stats that haven’t even been defined yet. But one thing is for sure — nobody can beat you more ways than the WARrior.

Adam Jones, Baltimore Orioles: He’s second in hits (102) and RBI (58) among AL outfielders, and has added 15 home runs, 22 doubles and nine steals. To further the point, AJ10 is among the most underrated yet best all-around players in the game.

Nelson Cruz, Rangers: He’s hit nearly as many homers this year (20) as he did all last summer (24). Add in his AL third-best total of 61 RBI, and it’s not hard to see why the Rangers have managed to not miss a beat yet again.

Whitener: David Ortiz, Boston Red Sox: Once again, have to go with Rev here. Ortiz is the mold for the role and is second in the AL in on-base percentage, while leading all full-time DH’s (oh the irony) in the Triple Crown stats as well. And he's doing it while heading up the most surprising team in the AL.

Rev: Yu Darvish, Texas Rangers: Flip a coin here, honestly. Max Scherzer, Justin Masterson, Felix Hernandez, Hisashi Iwakuma — all of them are worthy of being the first to take the rubber for the AL. However, in an all-star game, I want to see power vs. power, the strikeout pitcher vs. the home run hitter, and no pitcher has struck out more batters than Yu, who also carries a 2.78 ERA and 8-3 record.

Whitener: Max Scherzer, Detroit Tigers: If your season has already made history, the least you should deserve is the call to start the ASG. He’s the first player in 27 years to open a season 12-0 and is only the sixth to pull of the feat since 1919. He’s second in the AL in strikeouts with 131 and batters are hitting an AL-low .190 against him. That’s dominance and as much result possible from it.