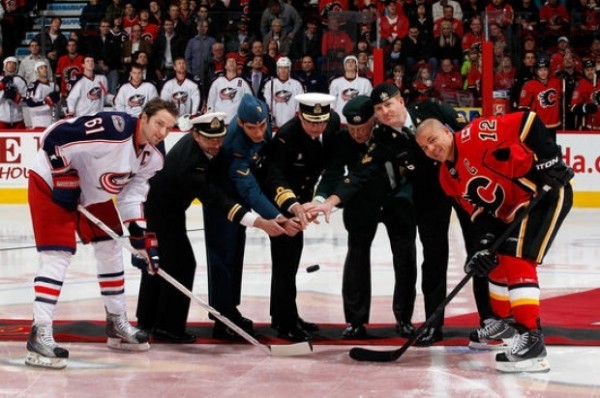 NHL Trade Deadline is Monday, February 27th and it’ officially trade deadline season. Everyone, everywhere, who follows the sport has two cents about which player should go where. Some moves could land a team into the Stanley Cup Finals, while other moves could land their team in substantial debt and have their fans fighting each other. The Rev. Paul Revere and M. Trible are here to help manage this so you don’t have to. Here are the five trades that need to happen prior to Monday’s deadline.

Flames trade Jarome Iginla to Nashville for Anders Lindback and whatever else.

The Predators need offense and Iginla needs a solid chance at a Stanley Cup. At 34 years young, Jarome isn’t getting any closer to hoisting the Cup in Calgary. The Flames have 35-year old Mikka Kiprusoff in net and Lindback is a young goalie starving for an opportunity as a number one. In Nashville, he’s stuck behind Pekka Rinne and that has to be awfully boring for the young phenom. Someone needs to let Iginla live for the last few years of his career. Nashville is that place, with a solid defensive corps and a magnificent goalie, Jarome could get his chance. — Trible

If the reports are true, the Blue Jackets are asking for a king’s ransom from the Rangers. If I’m New York, there’s no way I give up Ryan McDonagh, Michael Del Zotto or Chris Kreider. But as the deadline approaches and the suitors drop out, I’d be willing to part with Dubinsky, Anisimov, and a first and third, maybe even upgrading that third to a second. Reasoning is simple. Even though the Rangers are the class of the East, they could use another big-time offensive player alongside Marian Gaborik. Nash is the best out there, and the Rangers do have some pieces to move if they dare to risk their chemistry. — The Rev 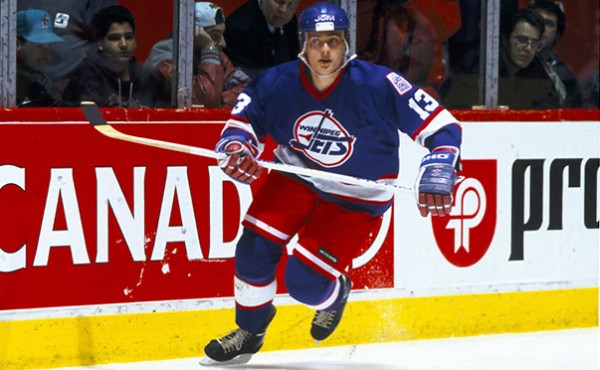 Winnipeg is in the first year of their rebirth, and they need a right winger. They need one terribly bad. Why not the ageless wonder who started his career for the old Jets? The team is right on the cusp of making the playoffs in its first season back in the league. The fans go nuts every time they take the ice. With Selanne on the roster for a chance to make the postseason, Winnipeg would be bedlam. — Trible

Blackhawks trade Ray Emery and Dan Carcillo to the Islanders for Evgeni Nabokov.

The Blackhawks are among the NHL’s worst at goals against and goals against average. With two netminders having a save percentage of .900 and a gaa over more than 2.80, Chicago needs help in net. In a perfect world, they’d be able to pry either Sean Elliott or Jiroslav Halak from the Blues, but given that the team had a purge of sorts already following their Stanley Cup in 2010, they can ill afford to make another move to threaten their future. Thus, they make a small deal, sending Emery and Carcillo to the island for veteran Evgeni Nabokov, who has been rejuvenated this year. It’s a win-win, as Nabokov famously went back to the KHL instead of report to the Islanders when he was first traded there, and the Islanders get another injury-prone goalie in Emery to keep Rick DiPietro company. — The Rev

Canadiens trade Scott Gomez to Columbus for a bag of pucks.

This seems like a joke (mostly because it is), but it seems fitting that Gomez and the Blue Jackets would live together in perfect harmony. Columbus GM Scott Howson really managed to mess things up worse than ever before in Ohio when he went on a mission to acquire some big-time players in the past offseason. Well, the experiment has failed (Columbus is 30 points out of FOURTH place in the Central), and it seems like Gomez would just be the perfect circle for Howson. Howson is probably on his way out anyway. What better way than to enjoy a hearty laugh at yourself?

As you can see here http://didgomezscore.com/ , Gomez has a significant problem scoring. It’s not that players don’t have trouble finding the back of the net; they do. Most of them don’t make $7.5 million dollars, though. Poor Scotty has just nine points this season. Overpayment? Unfulfilled expectations on every level? These two are a match made in heaven. — Trible

The Five Hockey Trades That Should Happen