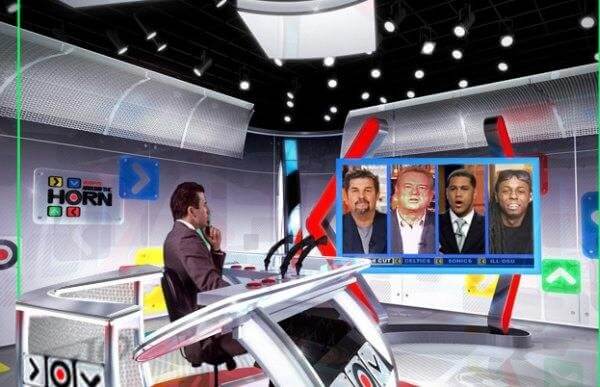 Here's a question for sports fans everywhere: When did we decide we'd rather see people yell at each other about the sports and athletes we love than see highlights, analysis and real, honest-to-goodness journalism?

It's a question I've pondered for quite some time, to be honest, and it's something that was brought to the forefront with the Skip Bayless/Jalen Rose/Stephen A. Smith debacle from last week. How did we go from a fanbase that loved the long highlights, intelligent discussions and respectful discussion to consumers that can't turn away from a bunch of talking heads taking opposing views and screaming at one another, as if the loudest argument equates to the best argument?

We can blame ESPN all we want, but the truth of the matter is the "worldwide leader" wouldn't be putting this nonsense on television if we weren't watching it. That means the reduced highlights and increased talking heads are our own damn fault. We're the ones who decided we'd rather watch sports-talk radio on live television over the myriad options that we could be investing our time in instead.

Personally, I feel it's the disintegration of sports television as we know it. No longer can I turn on a sports station to get caught up on the happenings in the sports world without being bombarded with overly loud, overly obnoxious views from "expert" after "expert." Frankly, I'm fed up with it. I've never been a fan of sports-talk radio to begin with - I can have my own sports-talk conversations with my own friends. I don't need to listen to people I don't give a damn about do the debating for me. Now it has infiltrated and taken over my television, to the point where I can't even watch ESPN or any other sports network without getting annoyed, fed up and eventually changing the channel unless a live game is going on.

Sports television used to add substance, meaning and clarification to the games and athletes we follow. Its purpose was to show us the important plays, big moments and breaking news. Now it's just a bunch of grown men (and occasionally women - though not nearly as often) vying for face time by increasing their volume, caring more about how loud they say something than what it is they are actually saying.

It makes me sick. It makes a lot sports fans I know sick. And it's no one's fault but our own.

11 Replies to “The Disintegration of Sports Television (It's Our Fault)”