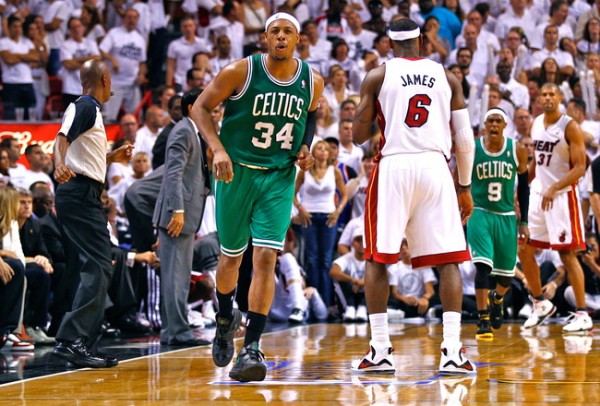 Heading into weekend, it looked as though the top seeds left in each conference were on a collision course to face each other in the NBA Finals. The San Antonio Spurs had just demoralized the Oklahoma City Thunder in the first two games, extending their winning streak to an absurd 20 games, while the Miami Heat took care of the Boston Celtics behind some truly emphatic performances by LeBron James and Dwyane Wade.

But there’s a saying that a series doesn’t really start until somebody loses at home. And the underdogs were not about to cede on their home floors in Games Three and Four. Everything actually held to form, with both Boston and Oklahoma City tying things up to make it a best-of-three fight to the death.

Well, the past two nights, the NBA Conference Finals officially got underway. Somehow, some way the Thunder and the Celtics, two teams who were left for dead, each won their third straight contests, both breaking through on the road. How? Basically, it all boiled down to four humongous shots.

Monday night, the Thunder showed they weren’t afraid of the Alamo. Following a slow start, OKC took command of the game behind some excellent play by its two leaders, Kevin Durant and Russell Westbrook. Before you knew it, the Thunder had a double-digit lead and looked to be snatching the ceremonial torch from the accomplished Spurs.

But San Antonio, being the champion, veteran team it is, came storming back to cut OKC’s lead to two with less than two minutes to play on the back of Manu Ginobili. That’s when Russell Westbrook made the first of the four shots that changed the course of the NBA Conference Finals.

Following a pair of freebies by Manu to make it a 101-99 game, Westbrook, who despite a very good game was still being chastised by Steve Kerr for “overdribbling” too much, rose up and nailed a clutch jumper, 103-99, OKC. It was a bucket the Thunder desperately needed to keep the tide at bay. San Antonio was coming and the crowd was ready to explode. Westbrook’s jumper helped calm the storm.

Tim Duncan followed with a patented turnaround bank shot, 103-101. That’s when James Harden hit one of the most difficult – and clutch – shots the Western Conference Finals have ever seen.

With Kawhi Leonard draped all over him, Harden stepped back beyond the three-point line and drilled a dagger with a degree of difficulty off the charts. Game. Set. Match. Series officially altered. 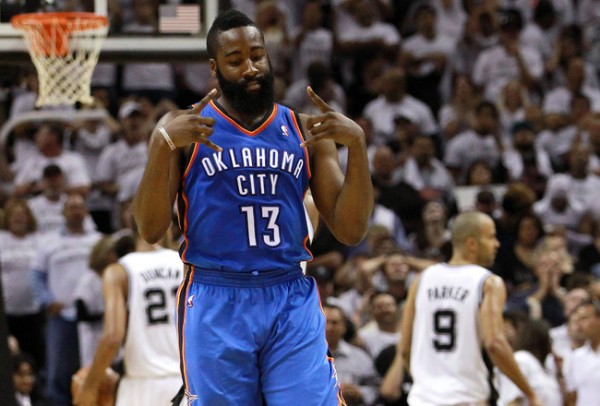 It was the type of shot that never escapes your memory, the type of play that will be remembered forever as having a lasting impact. You know those moments when you see them. Monday night, we saw two of them, one from Westbrook and the biggest from Harden. Fear the beard indeed.

Last night, it was an unexpected source and a familiar face helping change the course of the Eastern Conference Finals.

Following a questionable technical foul call on Mario Chalmers that had given Boston a two-point lead, Chalmers came right back and nailed a clutch three reminiscent of his Kansas days to give Miami a one-point lead. As big as that shot was, it wasn’t the Conference Finals-altering shot it could have been.

That’s because on the very next possession, after a near steal by Miami, Rajon Rondo managed to instead prevent the turnover and tap the ball to a wide-open Mickael Pietrus. Pietrus had all damn day to shoot the uncontested three, and he subsequently nailed it. It was the pivotal moment of the game. Miami had just taken a one-point lead with less than three to play and came this close to forcing a turnover with the chance to go up even more.

Instead, Rondo made a great play, and Pietrus made a huge bucket, giving the Celtics a two-point lead.

Moments later, with Boston still holding on by one, old reliable Paul Pierce hit a shot eerily similar to that of Harden’s on Monday night. With the shot clock winding down, LeBron James was draped all over the Truth. No matter. Paul just calmly rose and fired a three, drilling it right in the King’s face, 90-86 Boston, game essentially over.

It’s amazing how many times you can watch a close, intense game and see it come down to just a few key plays. The past two nights, four shots changed the course of the NBA Conference Finals. A clutch jumper by Westbrook and absurd dagger of a three by Harden gave Oklahoma City its third straight win and a 3-2 series lead. A broken-play three by Pietrus and big balls bulls-eye trey by Paul Pierce showed the old legs of Boston still have some life left, cementing Boston’s third straight victory for a 3-2 series lead of its own.

Four shots over the course of two nights, and suddenly, the NBA Conference Finals have been turned on their head.

The 4 Shots That Changed The NBA Conference Finals 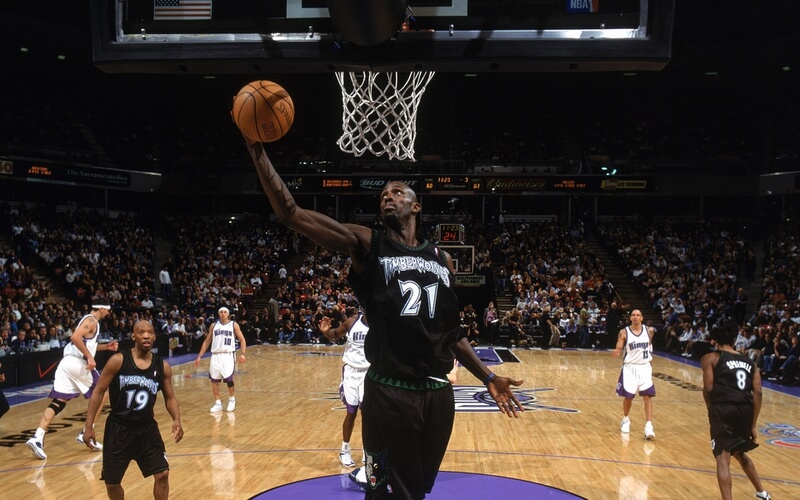 Basketball Starting Lineups: Kevin Garnett Is No Longer The G… 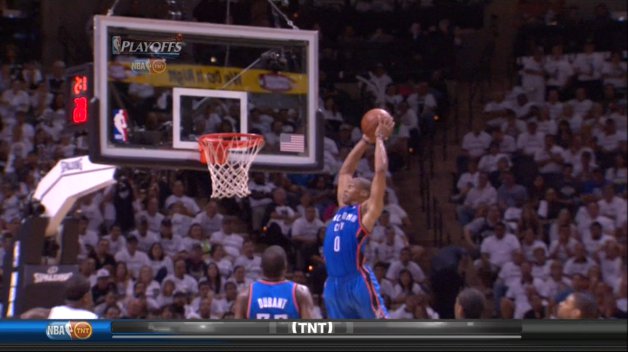