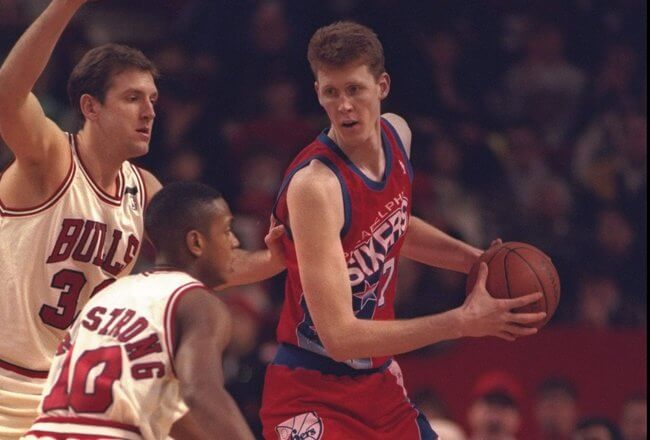 There’s a certain notoriety that comes with being the No. 1 overall pick in the NBA Draft. The top pick each year typically goes on to become known as a superstar or a bust. On the good end of the spectrum are the Allen Iversons, Tim Duncans, Derrick Roses, LeBron James and Chris Webbers of the bunch. On the other end are the Kwame Browns, Michael Olowokandis and Greg Odens.

But what’s life like for No. 2? After reading the lost conversation between Chris Webber and Shaquille O’Neal, I realized that exactly 20 years ago, my hometown Philadelphia 76ers drafted Shawn Bradley No. 2 overall, sandwiched between Webber and the man he was traded for on draft day, third overall pick Anfernee “Penny” Hardaway.

Taking A No. 2: The 2nd Overall NBA Draft Picks From The Past 20 Years

by Rev. P. Revere time to read: 5 min
Basketball The Case That Nearly Killed Kobe’s Career, A Dec…
Basketball The Lost Conversation Between Once Teammates Shaqu…
4