Over the course of the past year-plus, I’ve been more positive about Andrew Bynum’s situation than most other Philadelphia 76ers and NBA fans out there. Admittedly, there were times when I got as tired and fed up with everyone discussing a man who clearly didn’t and wouldn’t play basketball after being one of the two centerpieces in a blockbuster trade, but I sort of thought the whole situation was a wise and calculated risk for the Sixers, even though it didn’t work out with Bynum specifically.

A large, vocal majority of people took the opposite opinion. They were of the belief that Bynum simply did not care to play basketball, did not care to be a Sixer, did not care about his potential and wasn’t going to work to get on the court. To hell with Andrew Bynum, they said.

It’s always a tricky proposition prognosticating on how long it should take people we don’t even know to come back from injuries that affect everyone differently, yet it seems to be accepted practice in sports. Derrick Rose should have come back for the playoffs, they say. Never mind that Rose still looks like a shell of his former self right now. Bynum is a bum who doesn’t want to play, they say. Never mind that Bynum is still feeling sharp pains in his knees and has considered and is still considering retiring.

Andrew Bynum has not been the young, dominant, all-star talent he briefly was and often showed potential of becoming in Los Angeles. This is true. But if we are to take Bynum at his word — and no matter what he’s done in the past, there’s no reason to do otherwise — he hasn’t been able to reach that potential because his body has betrayed him. He is a shell of his former self. Instead of the 26-year-old body he should have, he has one that is falling part at the knees, resembling more of a 56-year-old than a man 30 years younger who should be entering his prime.

Maybe Andrew Bynum is a knucklehead who injures himself bowling and breaks out ridiculous hair-dos while doing insane things on the basketball court. Maybe he really isn’t in love with basketball and has other pursuits in life. Maybe. Maybe. Maybe.

The fact of the matter is we don’t really know any of that. What we do know is that Andrew Bynum’s body is breaking down at a rapid pace, and it will never allow him to be what we all want and hope and demand he’d be. Clearly he’s struggling to come to grips to with this. Imagine being one of the best in world at what you do, and then, one day, at the ripe old age of 25, you can no longer do that thing well anymore. Your best days are already behind you in your chosen field, one in which you were proclaimed a prodigy and the future, while the large majority of your life is still ahead of you. My guess is  you’d struggle too — struggle to give up on your dream, struggle to get yourself motivated to keep trying, struggle to decide when it’s time to move on and struggle to figure out what to do with the rest of your days.

So yes, Andrew Bynum has been handsomely paid for little production. No one should feel sorry for him as far as securing his future is concerned. Most people could never dream to have all that Andrew Bynum has earned over the years. But that doesn’t mean we should forgo having sympathy for a 26-year-old man whose body simply won’t let him be the player, the person everyone expected him to be. Now he has to reinvent himself and start over at 26 years old, and that’s just sad.

Alone In The Workplace – Steven Lebron

The changing mood in ThunderWorld – TrueHoop

The Iconic Soul of Allen Iverson – The Starting Five

The Miami Dolphins and Everything That Will Never Make Sense – Grantland

LIFE With Ali and Frazier: A Photographer Recalls the ‘Fight of the Century’ – LIFE

A (Very) Concise History of Racism in Wrestling, 1980-Present – Grantland 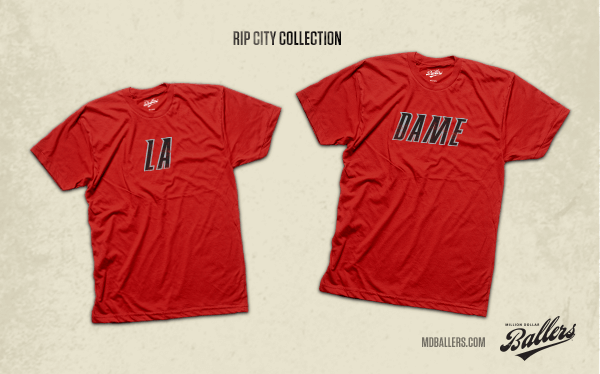