For a good number of people of my generation, there is one thing we think of first and foremost when the NFL’s annual Pro Bowl farce comes around, as it will this Sunday, and that is Sean Taylor destroying poor, unsuspecting Buffalo Bills punter Brian Moorman.

Of course, whenever you invoke the name of Sean Taylor, you cannot help but think of the man’s senseless murder and profound impact it’s had on football fans ever since. Yesterday, the man who took Taylor’s life, Eric Rivera Jr., was sentenced to 57.5 years for murdering the former Washington Redskins Pro Bowl safety.

After six years of waiting for justice, the father of NFL football star Sean Taylor finally spoke directly to the young killer who broke into his son’s Palmetto Bay house looking for cash.

“A young man that wanted to take shortcuts took the shortcuts — and took a man’s life,” Pedro Taylor said, looking sternly at Eric Rivera Jr., seated feet away at the defendant’s table in a Miami-Dade courtroom.

The elder Taylor, Florida City’s police chief, minced no words in describing the raw and visceral experience of dealing with his son’s death.

Hours after his son died, Pedro Taylor recounted, he returned to the stained hallway where police say Rivera shot the Washington Redskins star in the groin.

“I cleaned up every bit of blood of my son,” Pedro Taylor said.

Taylor’s words packed the emotional punch in a hearing Thursday that finally delivered justice for the family of the slain former University of Miami and Gulliver Prep safety.

A Miami-Dade judge sentenced Rivera, convicted of murder in November, to 57.5 years in prison for the slaying and break-in that stunned South Florida.

That means Rivera, 23, would not likely emerge from prison until soon after his 70th birthday.

Finally, Taylor’s killer has been tried and sentenced, but even given his near lifelong sentence, nothing will bring Taylor back.

But Taylor is not alone. With the Denver Broncos set to take on the Seattle Seahawks next weekend in the Super Bowl, memories of Taylor’s passing bring about more memories of tragedy — namely the murder of former Broncos defensive back Darrent Williams. Williams’ killer, Willie Clark, was sentenced to life in prison, but just as Rivera’s sentence will not do a damn thing to bring Taylor back, Clark’s life behind bars won’t bring much solace to those close to Williams.

So while you’re all watching — or not watching — the Pro Bowl this weekend, remember these fallen players and the countless mothers, fathers, sons, daughters, friends and family members who have been senselessly murdered. And be thankful for every day, every hour, every minute and every second you have on this earth. Because you never when it may be taken away.

Sherman, or, The White Noise of Sports – Steven Lebron

Q&A: Brett Brown on His Spurs Past, His Philly Future, and Going for a Jog – Grantland

Ukraine’s Vitali Klitschko: ‘This is a battle and I don’t plan to give up easily’ – The Guardian

(Steven) LeBron’s Decision: Talking To Alex Wong About His New Book – The Classical

The Ballad of Boogie – Grantland

Does the Internet Make Kink No Longer Kinky? – Playboy (Safe for Work – kind of) 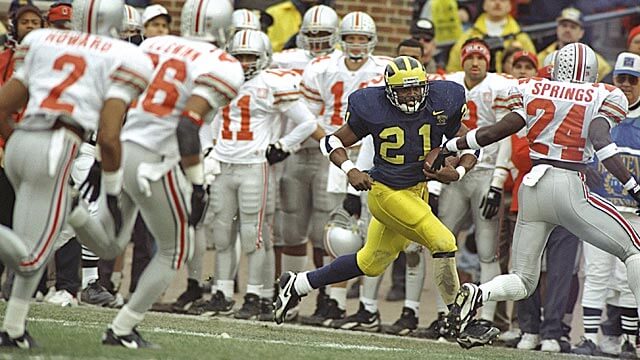