Earlier this week, I came across this article entitled, “Nebraska’s Pelini recalls last visit to Penn State.” You see, this weekend, the Nebraska Cornhuskers will travel to Beaver Stadium in the middle of Pennsylvania to take on the Penn State Nittany Lions, and the scene and atmosphere will be vastly different than it was the last time Bo Pelini and his blackshirts traveled to Happy Valley.

As the Philly.com article reminds us, the last time Nebraska traveled to Penn State was immediately following the bombshell of horrific proportions involving a former legendary defensive coordinator for the Nittany Lions and the heinous crimes he committed against youths, as well as the alarming cover-up of Penn State administrators, negligence by the powers that be, including the late Joe Paterno, and the unimaginable scene set forth two autumns ago. As a Penn State alumnus, it was one of the most difficult times of my entire life, even though I had absolutely nothing to do with what happened on my school’s campus, just as the players and students who were there when all this came out had nothing to do with it. It saddened and disgusted us all, and it led to many uncomfortable situations.

Here was our alma mater, our school getting dragged through the mud, people attacking the university culture, blaming fans and boosters and graduates for propping up football at the expense of children, proclaiming anyone who supports Penn State to be an awful human being. We were as outraged and horrified as anyone — yet the fingers began being pointed at us. It was hard to take, to be honest, and I can’t help but continue to feel how misguided everything was and continued to be during that time.

Instead of people placing blame at outside forces, we, as a collective, needed to instead focus on the victims, on helping them, on helping prevent horrific crimes like this, on helping victims come forward, on furthering discussions on abuse and rape and pedophilia. Blaming a “football culture” or an entire university for the unimaginable sins of individuals does no one any good. It didn’t then, and it doesn’t now.

What I learned two years ago walking into the lion’s den when I really didn’t even want to was that when people get together and focus on healing and helping and improving, the world is a better place. While Pelini felt his team’s game against Penn State two years ago should not have been played, it was the collective spirit of Nebraska and Penn State players, coaches and fans that showed we can all come together. It was an odd time, but it proved to be a pivotal one.

A lot has happened since that fateful day. The main perpetrator is locked up, hopefully rotting away sooner rather than later. The most famous person involved is deceased, and the others involved have been ousted from the university. Penn State and its community have forged forward, with students and alumni dedicating themselves to charity work and advocacy, while the football team is led by a new man who seems to be a genuine, upstanding guy, the type of person who embodies what’s really important in life given the tremendous courage he shows every day taking care of his son.

So when Nebraska takes the Beaver Stadium field tomorrow for the first time since that emotional Saturday two autumns ago, let us all remember that there are more important things than the outcome of football games played by young men. There are wrongs that need to righted, children who need to protected, lives that need to be saved. And let us also enjoy the opportunity something as simple as a football game can provide in coming together as a community, just as Penn State and Nebraska did two years ago in one of the most difficult times imaginable on a university’s campus.

How Long Can Humans Hold Their Breath? – Regressing

The Wisdom of the Beard – Grantland

Blood and Urethane, or Skateboarding Shows Its Work – Classical 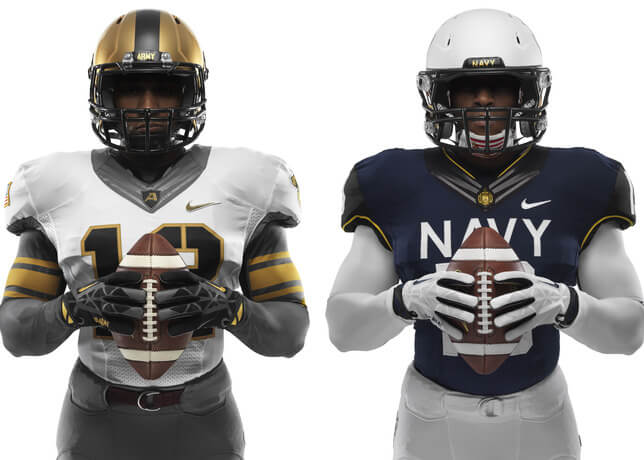 Football Honoring The History: Nike Unveils Army And Navy U…
Etc. On Life, Family And The Constant Love Of Your Team…
0