The biggest travesty in Philadelphia sports/culture history is finally, mercifully about to come to an end. Joe Frazier, one of the greatest heavyweight boxers of all time, the man who defeated an in-his-prime Muhammad Ali, the man who stood toe to toe with “The Greatest” for three epic fights, will get his knockdown of Ali immortalized in his hometown of Philadelphia with a long overdue sculpture, as the Philadelphia Art Commission unanimously approved the new design by sculptor Stephen Layne this week.

Frankly, the City of Brotherly Love should be absolutely ashamed of itself that it had not erected a statue of its greatest prize fighter 20 years ago or more. Instead, we had the “Rocky” statue as our shining symbol of Philadelphia fighters. It’s been the biggest sham and biggest disgrace of Philadelphia sports period, having a fictional character immortalized down at the stadium complex and now residing outside the Philadelphia Art Museum, while our very own, very real, very great, Hall of Fame boxer Joe Frazier got nothing.

Having passed away two years ago, Frazier won’t be around to see his likeness forever immortalized in the city that saved him from the cotton-picking plantation he worked on in Beaufort, South Carolina, and it’s beyond a shame. It’s embarrassing, really.

And while it is tremendous that Smokin’ Joe is finally getting his due, will finally have his statue in Philadelphia, it’s an embarrassment that it’s taken this long.

Joe Frazier has always been overshadowed in boxing lure — first by the man he helped regain his boxing license only to have the same man — Muhammad Ali — turn around and publicly portray Frazier as an “Uncle Tom,” and then by a fictional character made famous by Sylvester Stallone. But Joe Frazier doesn’t belong in anyone’s shadow, because for all he went through in his life, for all he accomplished inside and outside of the ring, he casts a shadow big enough for everyone to appreciate.

Notes on a Scandal: Manti Te’o and the Media – TIME

Home Is Where the Hockey Is – Grantland

90 Minutes in Belize – The Classical

How to fix the broken New York Knicks – The Starting Five

The King and I — SLAM 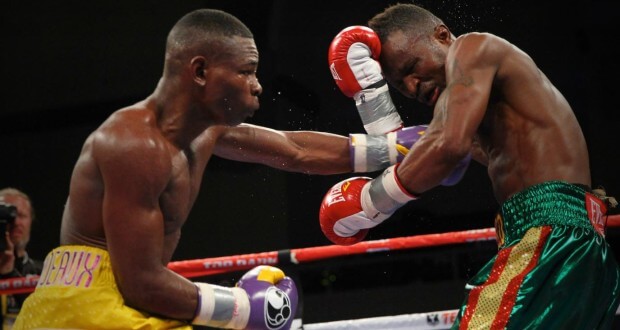