You saw it. I saw it. The whole damn world saw it. Second-year linebacker Danny Trevathan went from making an absolutely great play — jumping a route and picking off reigning Super Bowl-winning quarterback Joe Flacco with nothing but green in front of him — to making one of the most boneheaded plays you will ever see — all on the same play.

DeSean Jackson, anyone? Now listen, I understand Trevathan is not accustomed to running with the ball and not familiar with the ways of a touchdown … but come on, man! If you are professional football player — scratch that, if you are a pee-wee football player, you simply cannot let this happen. I know he was excited and exhilarated and couldn’t contain himself, but there’s absolutely nothing I can say positive about dropping the ball before you actually cross the goal line. When you do that, you are officially a football moron, and that label will forever be on your résumé.

Just like DeSean Jackson, Danny Trevathan is a football moron.

Lucky for him, his Denver Broncos routed the Super Bowl champs behind Peyton Manning’s ridiculous 462-yards, seven-touchdown monster of a game. That Manning fellow is pretty good.

Anyway, on to your reading material for this fine Friday:

How To Remember Tracy McGrady – The Classical

A Death in Valdosta – Grantland

#400: My Life In Finding Passion, Getting It Started and Keeping it Breathing – Cheap.Seats.Please.

The Evolution Of Sports Journalism And Equality: ‘Let Them Wear Towels’ – The Sports Fan Journal

4 Replies to “Starting Lineups: Danny Trevathan, DeSean Jackson And Being A Football Moron” 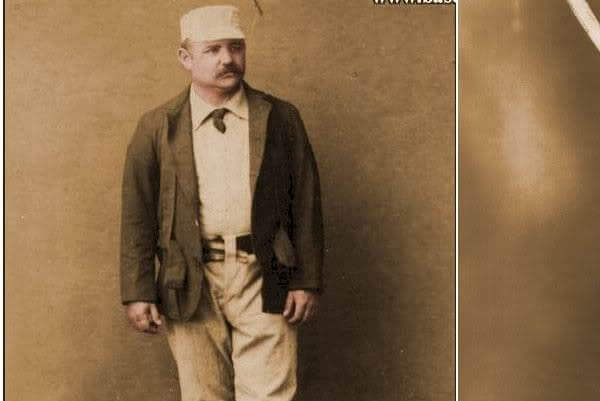 Baseball Starting Lineups: Because You Didn’t Want An…

Films and Docs The Evolution Of Sports Journalism And Equality: &…
4