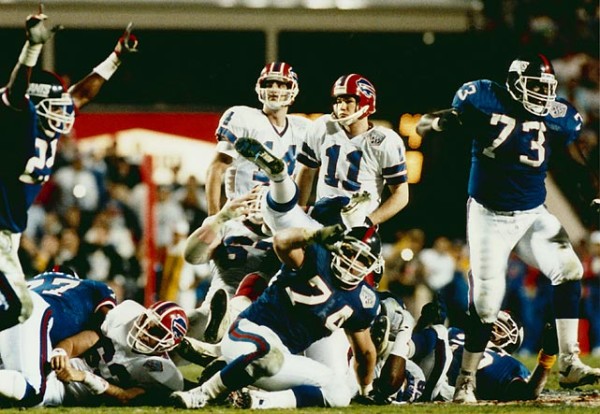 While I was down in San Antonio shocking the world at the NCAA Tournament games — article on that to come early next week — my buddy Zach asked a simple question he had started debating with friends that caught my interest. That question — If you could change the outcome of any game in sports history, what would you choose? And furthermore, how would that change history?

It's a brilliant question, one that quite literally has almost infinite answers. What if Scott Norwood makes that field goal against the New York Giants? What if Gordon Hayward hits that half-court shot against Duke? What if Ray Allen doesn't send Game 6 to overtime against the Spurs with that miraculous three? What if Mitch Fucking Williams strikes out Joe Carter? What if Trevor Linden completed the hat trick and the Vancouver Canucks wound up topping the New York Rangers in Game 7?

This is a question that is insanely fun to ponder and remarkably hard to find the best answer. Which game would change the course of sports history the most? How would everything as we know it be altered?

Share some of yours in the comments section … and who knows, maybe we here at TSFJ offices will put together a nice collaboration post on the topic.

The Charity Stripe - Sports on Earth

The Fundamentals: Examining Anthony Davis, the most unique star in the NBA - The Point Forward

24 Replies to “Starting Lineups: If You Could Change The Outcome Of One Game In Sports, Which Would You Choose?”