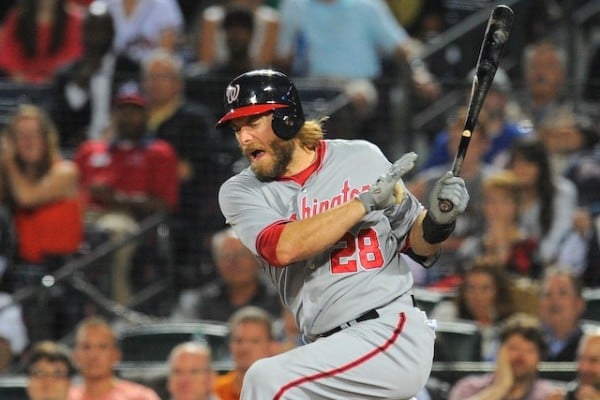 Like many young American males, the first organized sport I ever played was baseball. OK, technically tee ball. Same thing. On top of that, baseball games were the first professional sporting events I ever attended in person, with my father taking me to now demolished Veterans Stadium in Philadelphia to take in Phillies games for as long as I can remember.

As such, baseball was the first sport I truly loved, a love that has stood the test of time. And while I absolutely adore football, basketball and hockey just as much, there is no question that my passion runs deepest on the diamond. I've been to more baseball games than anything else in my life, and I've studied the game and nuances of the sport my entire life.

I consider myself an ardent student of the game, and recently I've even come to the realization that one of my dream jobs is to be the official scorekeeper of a Major League Baseball team. I could literally go to a baseball game every single day of my life and consider it awesome every single time.

Seeing as baseball is a thinking man's game, there is absolutely nothing I hate more than stupid baseball. Take, for instance, Ryne Sandberg's early season managerial decisions in the first series of 2014. That type of stupid shit drives me. And it happens all the damn time.

So with the 2014 season entering its first full weekend of games, here is my biggest baseball pet peeve: Swinging at the first pitch with the bases loaded.

Now, there are varying degrees to this. If the bases are loaded but the pitcher on the mound is an ace who rarely walks people, swinging at the first pitch is a forgivable offense, especially if you get a hit. Not the worst time in the world to this.

The next degree is when a new pitcher comes in and you are the first batter he is facing with the bases already loaded. Maybe the hitter thinks the new guy will simply throw one down the middle to get a strike, in which case it's mighty tempting to swing. It's still bad baseball, because all the pressure is on the reliever, but at least I can understand the logic to a degree. I don't like it, but it's not 100 percent inexcusable. Though you better get a fucking hit if you aren't going to make the guy prove he can throw a strike.

But the thing that irks me more than anything in the sport is when a moron swings at the first pitch after the pitcher just walked the bases loaded. A walk is an RBI. All the pressure is on the pitcher, who is already fighting his command. He has to throw a strike, yet he hasn't been able to. So make him show he can. Under absolutely no circumstance whatsoever should a batter swing at the first god damn pitch after the pitcher just walked the bases loaded. None. Ever. Yet you see it all the damn time, and it makes my head want to explode.

Even when a guy gets a hit — even a grand slam — I get irate. YOU DO NOT SWING AT THE FIRST PITCH WHEN THE PITCHER JUST WALKED THE BASES LOADED!

This is baseball common sense 101. Many baseball players would fail that course. And I fucking hate it because it's stupid baseball, and I hate stupid baseball. So do me a favor, MLB players, and don't swing at the first freakin' pitch when the pitcher just walked the bases. Thanks. Oh, and it should go without saying that you certainly do not swing at a 3-0 pitch with the bases loaded, though this seems to be far less prevalent.

Nas’ Historic 20 Year Anniversary of ‘Illmatic’ at The Kennedy Center in D.C. - Okayplayer

Stardom Doesn’t Change Where You’re From - In This Corner, The MMQB

Best Ever: The Making Of "What Do You Think Of Ted Williams Now?" - Deadspin

Philly woman recalls her terrifying 'Silence of the Lambs' past for the first time - Philly.com

David Letterman's 1984 Playboy Interview. A Candid Conversation with the Comedy Genius In His Youth - Playboy (safe for work)