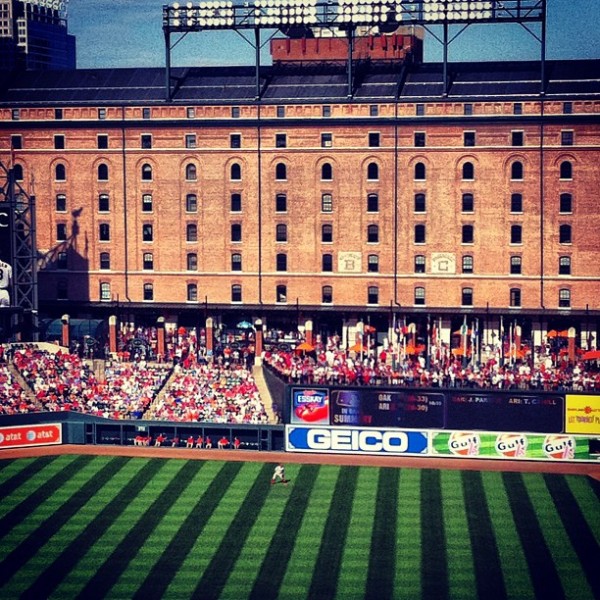 There seems to be a point in every person's life when he or she begins to slow down on the partying side of things. And when the partying does ensue, it's much tamer than the days of the wild youthfulness.

As I approach 30, I definitely am not the same partier as I used to be. It takes longer to recover, and sometimes I'd rather just chill at home and be a hermit.

Having said that, I do not spend much time with people of that ilk, and this weekend was a prime example. In the span of less than 24 hours, I traveled from Philadelphia to New York to Baltimore and proceeded to drink my face off in a whirlwind of a weekend. Oh yeah, I also happened to take in game two of the Phillies-Orioles series at Camden Yards as well.

The insanity began Friday morning, as I boarded a 7 a.m. train to New York City for work purposes. My arrival in Gotham was kicked off with a few police jacking up a lowlife who had either stolen or attempted to steal a woman's purse. It was a pretty rough scene, with the cops quite literally manhandling the uncooperative perpetrator, sending change and personal belongings flying. Welcome to New York.

My day proceeded with some work dealings and concluded with meeting up at separate times and places with two of my sisters, both of whom happen to call NYC home nowadays. Oh, and I also happened to notice this some time in between. 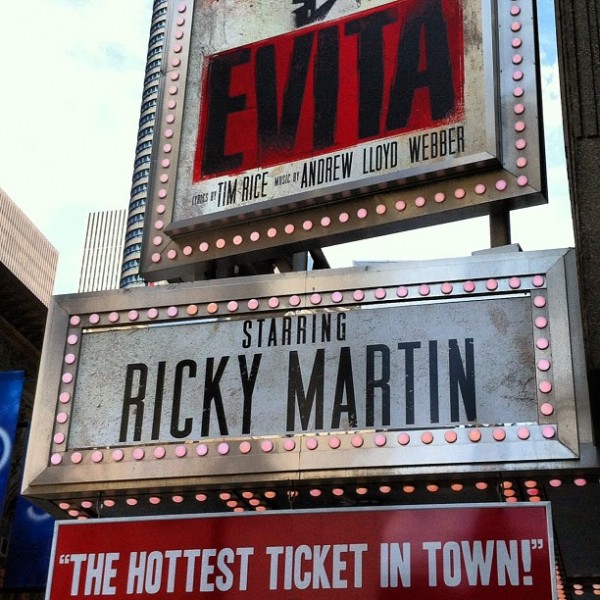 I had approximately four-and-a-half hours to kill before hopping on a 10:05 train to Baltimore for what would be one hell of a trip, so I figured a little time with my siblings would be a good way to entertain myself.

After grabbing a few with my older sis and then chowing down some grub and more libations with my younger sister and her boyfriend, I still had approximately two more hours to kill. So I bellied up to the bar and continued to quench my thirst while simultaneously dehydrating myself on a sweltering day. That's where I met the most friendly, yet most stereotypically obnoxious, Yankees fan ever.

Clearly, he was in his regular spot, talking nonsense to the bartender and saying all sorts of foul things. At first, with his terrible lisp and somewhat aggressive attitude, I thought he'd be a nastier human being. Plus, he was incredibly drunk. Instead, he started making conversation with me as we watched the Yankees game, asking where I was from, introducing himself as Bob and shooting the shit. Nothing like a random barstool to turn total strangers into the best of friends … at least for a couple hours.

As boarding time approached, I bid farewell to Bob and hopped on the regional rail bound for Baltimore, belly full of food and beer. Next stop, Baltimore, ETD 12:38 a.m.

Now, before I settled all my plans for travel, I was slightly worried about exactly how I'd meet up with my buddies down in Baltimore. You see, two of my friends, who just so happen to be brothers, live in Charm City. Both are from the Philadelphia area, with one of them recently moving to the Federal Hill section of Baltimore from quite literally a few blocks away from my house in Philadelphia. As such, the most recent Baltimore resident bought a bunch of tickets for the entire Phillies-Orioles series in anticipation of a raucous weekend. I knew he and some of our other friends were attending Friday night's game and then heading out on the town. Somehow, with a bag in tow and a sweated-through suit as my attire, I had to find them.

As luck would have it, one of the brothers works at a bar two blocks away from Baltimore's Penn Station, and the whole crew headed there after the game. So after a surprisingly quick train ride ended — aided by catching a few z's no doubt — I met up with the crew at the bar and started back up with the drinking.

The party continued when we returned to my buddy's place, as the beers flowed and the liquor came out to play. Next thing you know, there's a relative stranger who had been sleeping outside on the sidewalk puking his guts out in the bathroom and passing out on the couch. And this wasn't even the big bash. 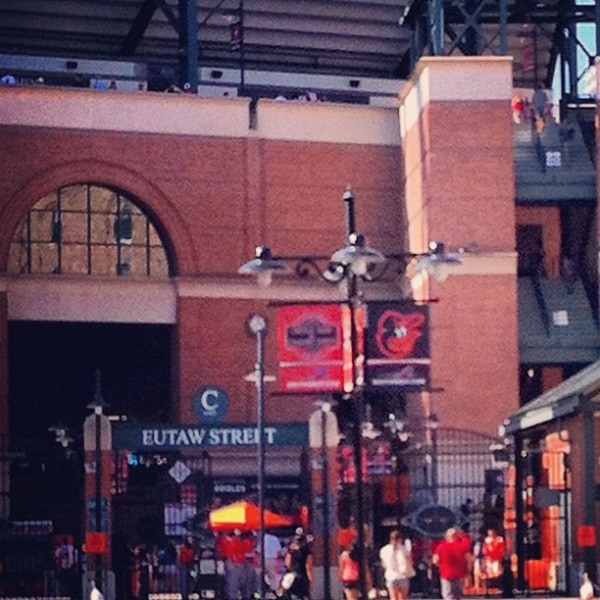 No, that ensued the following day, as even more Philadelphia faithfuls made their way down for the 4:05 Saturday matinee game. So when we all awoke from our stupor, it was time to get to work. An arriving partier was on keg duty, while we headed out to get the food supplies.

The afternoon was your typical Saturday tailgate, only at my buddy’s apartment as opposed to the Lincoln Financial Field parking lot across the street from Citizens Bank Park. The place was filled with Phillies red, as was the entire Federal Hill district as we went out and about. It was great to meet up with friends old and new, and the longer we drank, the more we began to consume in a shorter amount of time. By the time we were ready to roll to the game, we had already lost one guy's girlfriend, and he was soon to become another casualty tasked with the manhunt. Yeah, it was that kind of party.

Finally, after the drinking and eating and greeting, it was time to head to Camden Yards. Now, I admittedly have not been to all that many ballparks in my day. The list is relatively short to be honest, something I'm trying to correct with each passing year. But every stadium I've been to, with the exception of my beloved Veterans Stadium, has been beautiful. PNC Park in Pittsburgh has a breathtaking walk across the bridge and tremendous view. Old Yankee Stadium was steeped in tradition, and New Yankee Stadium is a massive marvel. Citizens Bank Park has all the amenities you can ask for. But Camden Yards, the first of the "new" stadiums, has always been my favorite. I love the design. I love the atmosphere. And I love how it fits into the city of Baltimore. Just walking up and then into the place is an awesome experience in and of itself.

Saturday just reinforced all of those feelings. Camden Yards truly is one of the most beautiful ballparks in America. If you haven't been, do yourself a favor and plan a trip to get there. It's worth it. 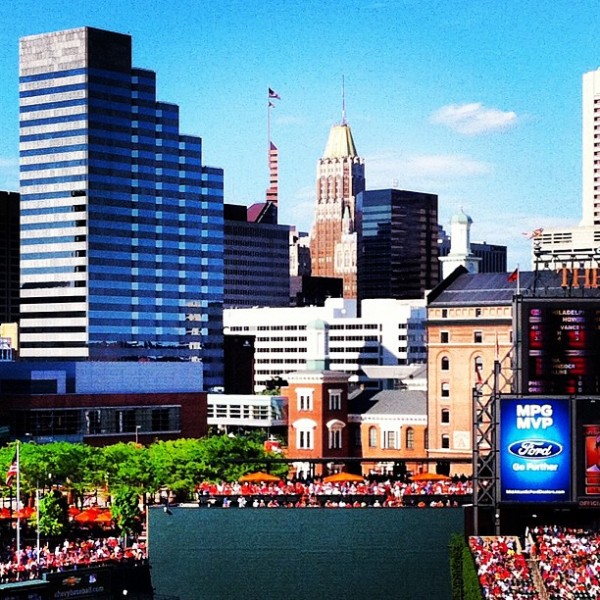 Of course, the trip wasn't all beer suds and roses. Because while I was in somewhat of a drunken stupor that was only increasing with each beer, the struggling Phillies were in a back-and-forth contest with the upstart Orioles. The game was tied at three heading into the seventh, when Baltimore took the lead on an RBI single by Matt Wieters. Given the way the Phillies have hit this year, especially situationally, I was ready to declare the game over. Luckily — at least temporarily — the Phillies were not.

Juan Pierre, who has been one of the few pleasant surprises at the dish this year for Philadelphia, got a one-out single, followed by a base knock by Hunter Pence, putting runners on first and third. Then DH Jim Thome made it three straight singles, plating Pierre to tie the game. When Shane Victorino reached on an error to load the bases with one out, things actually looked promising. So, of course, Ty Wigginton grounded into an inning-ending double play with the game still tied.

Before you knew it, as my eyes started to become heavy, we were in extras — anticlimactic extras at that. No one even really threatened at all. Well, that is until the 12th.

Based on nothing more than a hunch, well that and his awesome season and my general Philadelphia negativity, I turned to my one friend who actually is an Orioles fan and said Adam Jones was going to hit a walk-off to end it. Jones was due up second, and I just had a hunch. Well, after Chris Davis walked, Adam Jones made me look like a drunken genius by mashing a two-run walk-off homer to ensure I'd leave Baltimore still without seeing the Phillies win live and in person in 2012.

It was a disappointing loss, no doubt, especially given the chances the Phils had earlier to steal a victory and take the first two games of the series. Instead, they lost again and further fell in the standings.

Still, we were not going to be deterred from enjoying the beautiful Baltimore night. Thus we headed back, drank some more, and then drank even more. The keg was kicked … no matter, off to the store to get three more cases. Once that was gone and the liquor ran through — aided by two people immediately spitting out the swigs of Jim Beam they took, one unfortunately landing partially on a nice young lady — it was off to the bar.

From there, it was all a blur. I do remember my buddy wearing tidy-whitey underwear with a Phillies P drawn on them over his shorts. I also recall a lot of drunken dancing, spilled beer and myself wandering around Federal Hill before stumbling into a group of my friends. Other than that, I only remember that it was one hell of a good time.

The Orioles may not have treated the Phillies very well Saturday, but the City of Baltimore sure did treat me well that night and the one before.

By the time everyone had returned and the drinking finally, mercifully died down, we awoke to the wreckage feeling like we had just been hit by a hurricane. It was even hotter than the 90 some degrees on Saturday come Sunday morning, and I couldn't be happier to have nothing important to do except get home. While my buddy and his brothers were forced to endure a brutally painful Sunday by meeting up with their parents and once again heading to Camden Yards, I caught a ride home with another Philadelphia-bound soul and damn near collapsed when I walked through my front door.

I may be older and struggle to recover more than ever. But as those three days showed, including being in three major cities on the Eastern Seaboard in less than 24 hours followed by some college-type festivities leading up to Camden Yards, I'm not quite too old just yet.