Monday, my boy Josh retweeted this:

Yes, apparently the Texas Legends, the NBA Developmental League affiliate of the Dallas Mavericks, are interested in signing Allen Iverson to join a roster that already includes former NBAers Delonte West, Rashad McCants, Luther Head, Sean Williams, Sean Singletary and Melvin Ely. It’s already one of the most intriguing and insane collections of talent the D-League has ever seen. And if you add Allen Iverson? Shit, I’d be tempted to watch more Legends games than Philadelphia 76ers games.

I mean, could you imagine Iverson joining the enigmatic Delonte West and mercurial Rashad McCants down in the Lone Star State? This would be the greatest thing that could possibly happen to the D-League, and the Legends would instantly become a team I’d follow religiously.

You have Allen Iverson, my favorite Philadelphia 76er of my lifetime who won scoring titles, an MVP and an Eastern Conference Championship by carrying a squad of defensive-minded laborers on his shoulders. Then there is Delonte West, one half of one of the greatest backcourts in NCAA history, playing Batman to Jameer Nelson’s Superman at St. Joe’s here in Philadelphia. While Jameer was rightfully the National Player of the Year, the Hawks would never have been anywhere close to as good without the shy kid from the Beltway playing some impeccable basketball. And, of course, there’s Rashad McCants, the former North Carolina star whose moody attitude helped get Matt Doherty fired (along with Doherty’s coaching miscues) but whose ability helped lead the Tar Heels to a National Championship with new coach Roy Williams and running mates Raymond Felton, Sean May and Marvin Williams.

That’s a lot of talent on the floor right there, especially when you factor in the lethal shooting of Luther Head, one of my favorite Big Ten ballers ever, not to mention Philadelphia’s own Sean Singletary and the tantalizing yet unfulfilled potential of Sean Williams.

But beyond the pure basketball entertainment, think about all of the tremendous craziness that could occur with this fine group. You have Delonte and all his personalities, including the one who drives up the highway on an ATV with an arsenal of weapons and the other who likes to freestyle rap about KFC in the greatest YouTube video of all time.

You have McCants, a player who was so alone in his own world that he focused on things like poetry seemingly more than developing his game. Oh, and he also inspired a brief Free Darko spinoff called Free Rashad due to his enigmatic nature, which showcased his own freestyling.

Then of course there is Iverson and all his baggage. 40 Bars. Practice. Marital disputes. Legal issues. Gambling. Divorce. Not to mention his youthful indiscretions.

All I know is if Rashad McCants, Delonte West and Allen Iverson walk onto a court together, anything is possible. And I mean anything. The pure thought of it had me excited beyond belief.

Sadly, it’s not meant to be, at least not right now, as Iverson has declined the invitation, for whatever reason. So I guess Rashad McCants, Delonte West and Allen Iverson don’t walk onto a court together, robbing us all of what could have been. 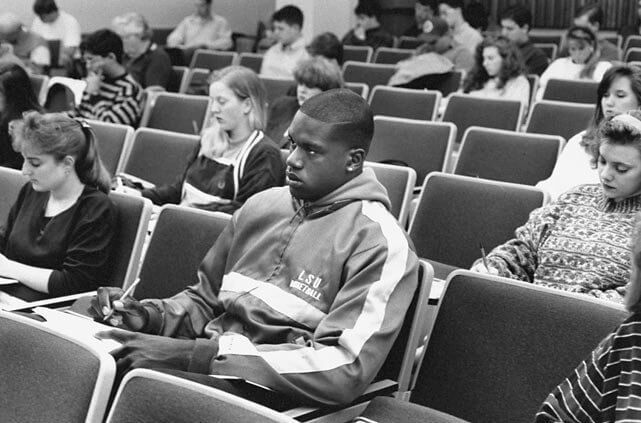