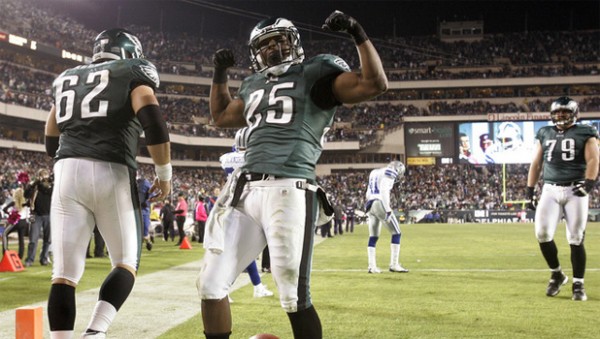 Heading into the 2011 NFL season, the Philadelphia Eagles were the talk of the NFC — if not the NFL. No team made more high-profile offseason acquisitions: everything from trading the former heir apparent to Donovan McNabb, Kevin Kolb, for Dominique Rodgers-Cromartie and a second-round pick to signing sack specialist Jason Babin and interior force Cullen Jenkins to reeling in the supposed top free agent prize in Nnamdi Asomugha, not to mention adding depth with former Pro Bowlers Ronnie Brown, Vince Young and (the other) Steve Smith.

The Eagles assembled their "dream team" and were expected to flourish. Only that didn't happen. The bizarre decision by Andy Reid to hand over the defense to his longtime offensive line coach backfired miserably. A defense that was supposedly built to play from ahead surrendered fourth-quarter lead after fourth-quarter lead due to poor scheming, no discernible playmakers at linebacker, an undersized defensive front, and a secondary that was laughably underperforming. Nnamdi looked lost. The safeties were a joke; the linebackers, even worse.

Compounding the trouble was an offense that couldn't hold on to the football, DeSean Jackson's contract status harming his play, Mike Vick getting pounded and a continued shuffling along the offensive line. Just like that, the Eagles went from one of the Super Bowl favorites to a laughingstock, as the seat got hotter than its ever been for Andy Reid.

If it wasn't for an MVP-caliber year by running back LeSean McCoy and the sheer and utter dominance of Jason Peters at left tackle, the Eagles easily could have been among the dregs of the league such as the Colts and Rams. Things were that bad. The playoffs weren't even a pipe dream the way this "dream team" was underperforming.

Then a funny thing started to happen. After everyone counted the Eagles out — myself right at the front of the line — following an embarrassing annihilation in Seattle on Thursday Night Football, something clicked defensively. The Eagles went down to Florida and defeated a hot Miami team with suffocating defense. And last week, against a Jets team fighting for its playoff life, the Birds used a defensive touchdown and another turnover to jump out to a 28-0 lead and eventually finish it off in a rout.

Simultaneously, the Cowboys and Giants continued their seemingly annual December swoon, with the Giants squeaking by the Cowboys to give Dallas its second straight loss on a missed field goal, followed by New York laying an egg against the hapless Redskins. Now the door is improbably ajar for the Eagles to sneak into the playoffs.

They still need help. First and foremost, Philadelphia must win its remaining two games, Saturday in Dallas and New Year's Day at home against Washington. Then the Jets must defeat the Giants this coming week, followed by the Giants defeating the Cowboys in week 17. That's far from a lock, but certainly not inconceivable either.

And should the Eagles actually back their way in after this season full of turmoil, they may be the last team anyone wants to face. Suddenly, the defense is gelling and the high-priced free agents are making an impact. Jason Babin has 18 sacks, and the defensive line has been solid all year. The linebackers, while unspectacular, aren't making as many mistakes as they were. And the secondary is creating turnovers and shutting down the passing game the way it was expected to all season. 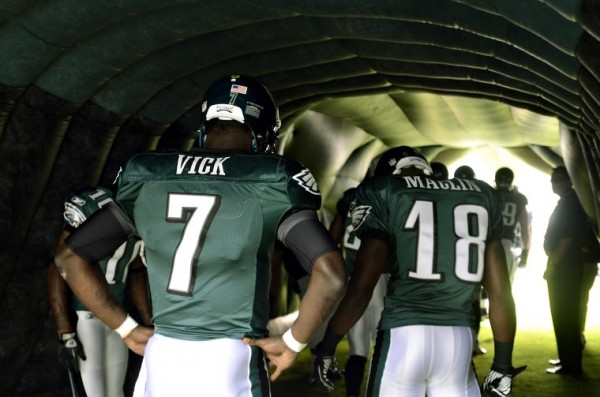 On the other side of the ball, Vick is back and healthy. DeSean looks reinvigorated, Jeremy Maclin has returned and the explosive passing game is back, led by tight end Brent Celek. LeSean McCoy leads the NFC in rushing and the entire NFL in rushing touchdowns with 17, setting a franchise record in the process. He very well may be the best running back in the league right now. And the offensive line continues to get better, led by perhaps the game's best tackle in Peters.

Everything is suddenly coming together for the Eagles. Yes, they still have their flaws and still make too many mistakes, but all that talent is finally coming to fruition. As the season winds down, it looks like they're beginning to fire on all cylinders, and that has to be terrifying for every other playoff team out there. Because no matter how much of a circus this season has been, the Eagles still have as much talent and as many game-changing players as any team in the NFL.

If they can miraculously find their way into the postseason, no one will want to face them. It's a still long shot, but not quite as long as it was just a few short weeks ago. And if there's one thing we've learned about the Eagles this year, it's that we have no idea how things are going to play out for this bunch.

5 Replies to “No One Wants to Face the Philadelphia Eagles”