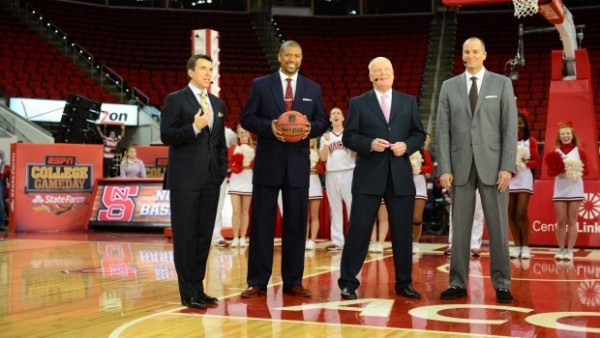 Last Saturday on ESPN's College GameDay, Rece Davis asked Digger Phelps, Jay Bilas and Jalen Rose what one tweak they would make to the NCAA Tournament. After Digger's suggestion of going back down to 32 teams was summarily dismissed since it will never happen given the monetary implications, Bilas and Rose (and eventually Digger) all said they'd like to see automatic bids go away.

Those are fair, logical points. But I hate the idea. And I mean hate it.

Why? Because, to me, the conference tournaments are the start of what we know as March Madness, and they only add to the excitement. It's infinitely more exciting to watch a team that has to win its conference tournament — or at least make a deep run in it — go for broke than it is to wait around to watch games that will only affect seeding for a field we already know is set in stone.

The automatic bids keep more teams alive and more fans interested … plus, giving squads one final shot at the tournament provides two extra weeks of playoff games for fans to tune in to. That means more eyeballs, more ratings and more money. Essentially, it's a win-win for everyone except the inevitable bubble teams that get knocked out due to unexpected conference tournament champions.

March Madness doesn't start with the NCAA Tournament. It starts with the conference tournaments. And that's part of what makes college basketball — and the month of March — so great. You get a month's worth of single-elimination playoffs and more than enough opportunities for the Davids to emerge among the Goliaths.

The could-have-been stars of Dazed And Confused - The Dissolve

Sprinting to the Finish Line - Grantland

The Fundamentals: The frustratingly good Blake Griffin - The Point Forward

'Freedom of Speech' Does Not Mean Freedom of Consequences - EBONY

Fathers, Sons, Junior and Me - The Classical