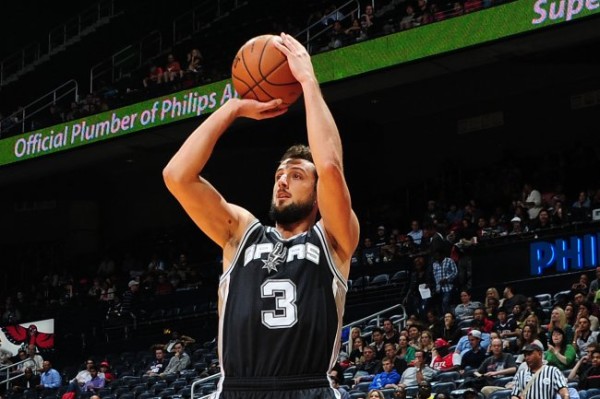 It also didn’t happen in the fourth quarter, when legends are typically born.

No, the shot that saved the San Antonio Spurs in Game 3 of the 2014 NBA Finals came in the final two minutes of the third quarter, and it came at the hands of Marco Belinelli.

You see, the San Antonio Spurs had so thoroughly eviscerated the Miami Heat’s defense — if we can even call it that — in the first half that the game seemed more like a video game and less like real life. Their insanely efficient offense, led by a newly aggressive Kawhi Leonard, allowed them to build a 25-point lead and take a 21-point advantage into halftime. All this on the road, against the defending NBA champs.

But against a team with LeBron James, Dwyane Wade and Chris Bosh, not to mention sharp-shooters like Ray Allen and Rashard Lewis, no lead is safe with 24 minutes still yet to play.

The Heat was coming. And coming. And coming. Before you could blink, it looked like Miami just might get all the way back in this thing. That 21-point deficit dwindled to 15, then to 11, then to nine. And with just under two minutes to play in the third frame, Norris Cole cut the lead to seven with a reverse layup as pandemonium ensued at American Airlines Arena. The champs were coming. The Spurs were floundering. An epic collapse seemed right around the corner.

Then, with one flick of the wrist by Marco Belinelli, the tides were turned again.

It was the only shot Belinelli would make last night, his only three points in the contest, yet few times if ever has one player’s lone made basket been more important to his team.

Marco Belinelli’s three-pointer put the Spurs back up by double digits. The Heat would never get closer than within nine points the rest of the night, San Antonio ultimately winning 111-92. And now the Spurs are up 2-1 in the series, giving Miami its first home loss of these playoffs.

Game 3 of the 2014 NBA Finals will always be remembered for San Antonio’s historic first half. Lost in the annals of time will be the measly three points scored by a bench player from Italy.

But for anyone watching last night, and for the San Antonio Spurs, it was the biggest shot of the season thus far.

Marco Belinelli made just one field goal in Game 3. He scored just three points. In the grand scheme of things, looking just at the numbers, he didn’t really make a difference in a game decided by 19 points. And that’s just proof that, contrary to popular belief, numbers can, in fact, lie.

Because at the end of the day, it was Marco Belinelli’s lone bucket that saved the San Antonio Spurs last night.

3 Replies to “The Shot That Saved The Spurs In Game 3: Marco Belinelli’s Lone Three-Pointer”

The Shot That Saved The Spurs In Game 3: Marco Belinelli’s Lone Three-Pointer 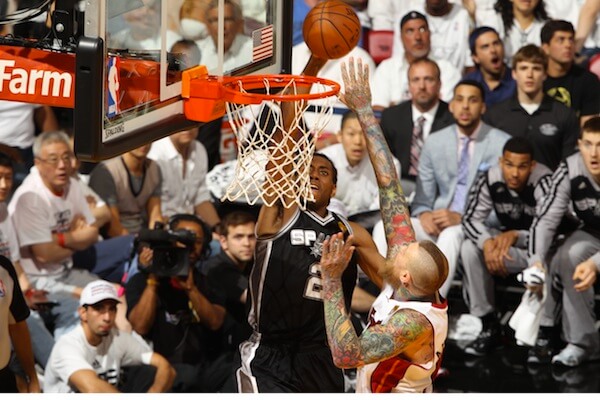 Basketball What I Learned From Game 3 Of The NBA Finals: It&#…
Hockey Jeff Carter Is All Grown Up
3