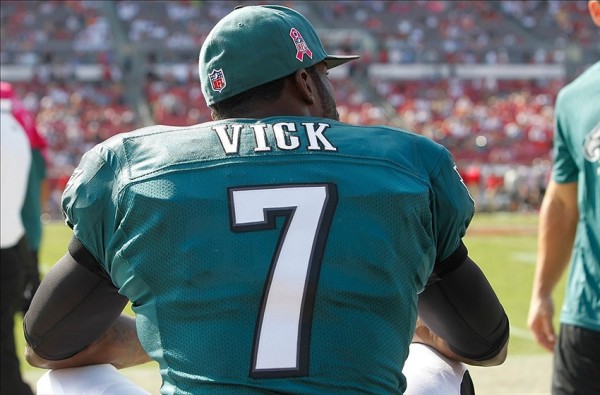 Before Monday afternoon, I had never heard of New York Times columnist Juliet Macur, so I cannot comment on her credentials other than she has at least shown some semblance of credible journalism to land a gig at one of the most circulated newspapers in the world. What I can say is that her column on Michael Vick that has been making the rounds and rightfully being mocked for its absurdity this week is proof positive why people don't have any faith in journalism any longer. It is a hit job, plain and simple, by a writer who's Twitter profile states she is writing a book on the fall of Lance Armstrong (I'm sensing a pattern here) and that her "writing partner is a Labrador retriever." Doesn't sound like there's any bias there, but I digress. We all have our own biases, as I surely do in this matter.

I'm not here to deride the column in and of itself, because it already resembles something that should be in The Onion as opposed to the New York Times as it is. But I am here to discuss how people like Macur, people who have never had to face the type of adversity that those who have been incarcerated have and relay the message that those who have committed crimes should not be afforded opportunities for success after serving their time, are as much a detriment to society as those they deride. They don't understand how people can learn from their mistakes and change, how, yes, even criminals can learn from their transgressions and make reforms in their lives, how prison can change a person. So they label individuals who have been convicted of crimes as forever evil, forever tainted, forever unworthy of the good things in life.

And you know what, people like Macur are entitled to these opinions. This is America, after all, where people are free to say and do and think what they like. In fact, I don't blame anyone for disliking Vick personally and rooting against him. What he did was vile. I certainly do not condone his actions that led him to prison. But to say that a man who has served his time for his transgressions should not be afforded the opportunity to use his abilities to earn a living and turn his life around is something I absolutely cannot get behind.

When it all boils down to it, these pervading thoughts don't do anything to improve society. All they do is give people more reason to cast judgment on others and fuel hate, which does no one any good. And when it's all said and done, through the ups and downs, through mistakes and learning, through good times and bad, isn't the most important thing in life trying to better yourself and your surroundings, no matter how bad things have gotten, no matter how far you've fallen, no matter what mistakes you've made?

Let me back up and reveal my own bias here. A little more than nine years ago, I was convicted of felony arson for my part in helping to burn down a closed-down landmark and sentenced to 18 days to 23 months in prison, 1,000 hours of community service, five years of probation and hefty fines. It was a stupid decision and horrific mistake I made as a 20-year-old, moronic college student hanging out with his other moronic, college-aged friends. We committed a crime. We got caught. We took full responsibility and we all served our 18 days before being released on parole, completed our sentence and our community service and have learned to live the rest of our lives as convicted felons.

It was a costly lapse of judgment that I served my debt to society for, and a part of my past I cannot ever fully escape. And I don't expect to. It was no one's fault but my own to be in that position, and no one owes me a god damn thing. But if I was not afforded the opportunity to use my training and skills to earn a living, who knows what path I would have gone down. Thankfully, I have been given opportunities by people who believe in me, believe that I learned from my mistake and am dedicated to being the best person and best worker I can be because of it.

Obviously, my situation is unique to myself, nowhere near an apples-to-apples comparison with Vick's circumstances or those of anyone else's. Vick served a much longer term locked up and did so in a prison that I'm sure was much less accommodating than the one I spent nearly three weeks in. But in just my short time in prison, I changed as a person. Maybe not my personality so much, but I changed the way I think and the way I feel and the way I react and the way I go about my life. Prison changes a person, every person — some for better, some for worse and some in a way that may not be defined one way or the other. 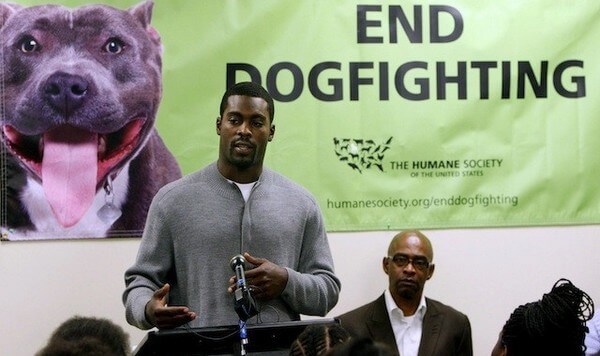 Prison fundamentally changed the way I view life and the decisions I make as a man. It has made me more contemplative about my life and my actions and what the consequences are of every decision I make. It's made more understanding and compassionate to the struggles of others, and it's also given me a sense of responsibility and duty, owning up to my transgressions and taking responsibility for myself. It's made me more accountable to the world and to my own sense of self. I can honestly say, as much as I wish I never committed the terrible crime I did and did not have to spend a second behind bars, that experience made me a better, more well-rounded, more thoughtful person. Prison made me a better man.

And since that time, I've worked by ass off to not let my crime define me. Every job interview I've had since, I've had to explain my situation and how it's affected me, had to own up to what I've done and let people know it does not make me a bad person for the rest of my life. And I've honestly tried in whatever small ways I can to make both myself and the environment around me better every day since I walked out of that prison as a free man. Who is Juliet Macur or anyone else to tell me I haven't paid for my crimes and should not be allowed to succeed in my future?

What Michael Vick did in running and participating in a dogfighting ring is heinous. I am an animal lover myself, and most especially a dog lover. Look up the term dog person and you might as well see a picture of me. I am still disgusted with what Vick did … but I also realize, as someone who has gone through change myself due to my time locked up, that the man has paid his debt to society and is free to improve upon his life and strive to be a better person. By any and all accounts, he has. Vick has been a model citizen since his release, a charitable contributor to both animal welfare organizations and the community at large, a tremendous teammate and leader, a guy that the people around him — whether they are teammates or coaches or family or friends — have nothing but great things to say about.

Maybe in the eyes of the Juliet Macurs of the world, the Michael Vick that walked off the field Saturday night in Philadelphia is the same Michael Vick that ran a dogfighting ring and showed immaturity as a young NFL star. But it's pretty clear by his actions and his words that the Michael Vick you see today is not the same man. He is a changed man. Maybe he's changed for the better. Maybe he's changed for the worse. Maybe he's just changed in a way that is neither better nor worse. But he is changed. Prison does that to a man, to a woman, to anyone who has ever had his or her freedom taken away due to their wrongful actions.

At the end of the day, Vick has paid for his crimes and is working on becoming a different man, the same way any other convicted criminal does when he or she is freed. You learn from your mistakes. You pick up the pieces. And you work your fucking ass off to make yourself a better person and to make something of your life. Or you don't and you end up right back where you were.

That's a choice for you to make, not some pious writer sitting behind a keyboard petting her Labrador retriever.

Life is not black and white. Sports are not the moral grounds children should be raised upon. And no one out there is a saint.

We all make mistakes, some larger than others. It's what you do afterward that really defines your character, and no one has the right to decide the path you choose. Juliet Macur can sit and condemn Michael Vick with a column that can only comically be called a piece of journalism, but maybe instead she should be asking herself how her own hit job is advancing society or helping reformed criminals reshape their lives for the better.

If the world at large thought in the small-minded way Macur does in this column, no one who ever committed a crime would ever have a good opportunity ever again. Someone explain to me how that would make the world a better place.