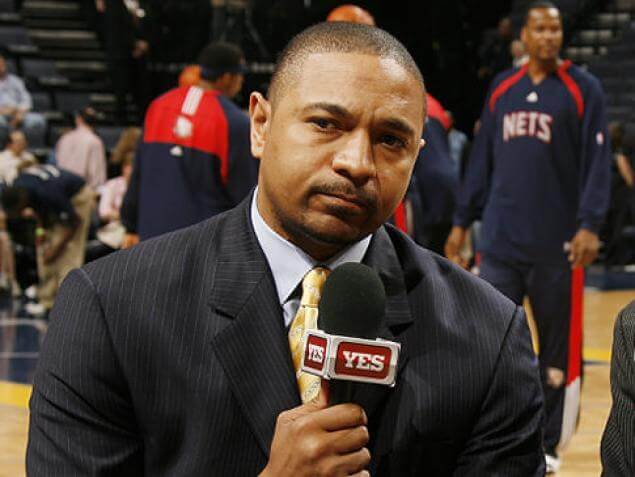 As a baby of the 1980s and child of the 1990s, I grew up watching Mark Jackson play his version of the NBA old-man game for 17 seasons, most notably for the New York Knicks, Los Angeles Clippers and Indiana Pacers.

Jackson was never the fastest point guard on the floor. He could never jump the highest. And he never made you jump out of your seat with this athleticism. Russell Westbrook or Derrick Rose he was not. No, Jackson played the point guard position in the NBA the way your old man would play with the ball in a pickup game with his son and friends. Back to the basketball, eyes always alert, slowing the game down and deciphering the defense.

He was the most cerebral of point guards, the kind of guy who was always three or four steps ahead of his opponents. And it allowed this slow, unathletic (relatively speaking) point guard to rack up 10,334 career assists, third in NBA history behind only John Stockton and Jason Kidd. Just for reference, that's more assists than Magic Johnson. More assists than Isiah Thomas. More assists than Steve Nash, Oscar Robertson, Gary Payton and anyone else you can name other than Stockton and Kidd.

So watching him play his cerebral game, you always envisioned Mark Jackson coaching an NBA team someday. After all, he was like a coach out there on the court as is, backing down smaller guards, directing traffic and setting his teammates up for easy buckets. It was almost as if he was calling his own offense from the moment he hit the blacktops in New York City and never stopped, all the way through St. John's and right on through 17 years in the NBA. 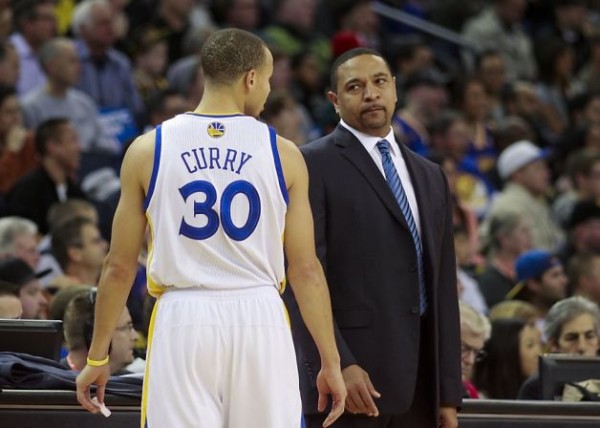 Yet, when Jackson finally was hired last season to take over as the head coach of the Golden State Warriors, it was a bit of surprise. Why? Because instead of leaving court to sit on the bench in a suit, Jackson took his knowledge to the broadcasting booth, joining Jeff Van Gundy and Mike Breen as ESPN's top team. During that time, Jackson had his fair share of detractors and fans, and he certainly displayed his rapport with JVG. But what Jackson became most known for during his broadcasting were his two favorite catch phrases: "Hand down, man down," and my personal favorite, "Mama, there goes that man!"

Truth be told, I thought Jackson, JVG and Breen were becoming a formidable trio when the murmurs started creeping that Jackson, not Van Gundy, was interested in a head coaching job. The same Mark Jackson who, while undoubtedly acting as a coach on the floor during his playing days, had not coached a single game in the NBA or any other level for that matter.

And that's what made his hire in the summer of 2011 so surprising to so many — not necessarily that people thought he can't be a coach but the fact that he had never even so much as spent a second as an assistant.

When the Warriors struggled last season to an anemic 23-43 record, the questioned only seemed to rise.

Well, there are no questions anymore. As it stands, the Warriors are well above the .500 mark, sitting securely in the Western Conference playoff race. Not only that, but the Warriors are one of the most well-rounded, complete teams in the NBA. Five Warriors currently average double digits in points — Stephen Curry, David Lee, Klay Thompson, Jarrett Jack and Carl Landry — and three more average at least seven a game — Harrison Barnes, Andrew Bogut and Brandon Rush. Further, under Jackson, the team's stars have truly become NBA stars. Stephen Curry is having by far his best season as a pro, doing a great job running the point and working off the ball when Jack is on the floor. And David Lee, who earned a well-deserved All-Star nod, is simply becoming as good of a power forward as there is in the league, averaging a double-double and inching his way to the 20-11 mark to become a beast night in and night out.

All of this is due to the guile and smarts of the man on the bench, the same guy who we all thought would become a coach someday, yet a guy whose hire was a surprise nonetheless. Now the Warriors, thanks to a few offseason moves and a full year for Jackson to implement his system, are one of the more formidable teams in the NBA.

Mama, there goes that coach, and a damn good coach at that.

6 Replies to “Mama, There Goes That Coach: The Rise Of Mark Jackson”