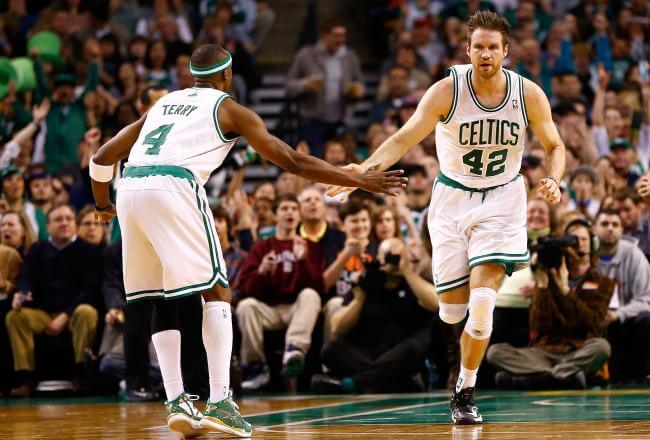 Being an NBA basketball player is one of the toughest jobs in the entire world to get. There are just 15 roster spots apiece on each of the 30 NBA franchises. For those of you counting, that's just 450 jobs total for an NBA player. Unlike baseball and its 25-man rosters, football and its 53-man rosters and hockey with its 20 guys suited up, the NBA has a true scarcity of positions.

That's why it's always amazed me how certain players manage to stick around the league despite not having any real discernible basketball skills, particularly with new talent being injected into the league each and every year through the draft. Guys like Kevin Ollie, who spent more than a decade in the league despite not actually being an NBA caliber player, get to stay on a roster while other players with actual NBA-level skills don't even get a shot. It's mind-boggling.

With that in mind, I thought it'd be interesting to unearth the current players that make you say, "How the hell is he still in the NBA?" Now, I'm not talking about aging players who were once very productive in the league — guys like Kurt Thomas, Juwan Howard and Rasheed Wallace. Guys like that were at least in the league for a reason and can provide solid veteran leadership and counseling to young guys since they actually were productive players in the league. No, I'm talking about guys who probably should have never made the NBA in the first place yet somehow are still hanging around.

So without further ado, here are 10 current NBA players who make you wonder how in the hell they're still in the league. 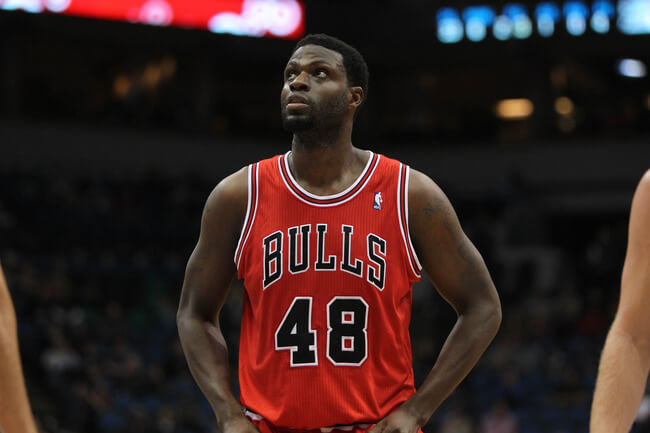 Nazr Mohammed, Chicago Bulls, 14 years experience
Career averages: 6.3 ppg, 5.0 rebounds, 0.4 assists, 0.5 steals, 0.7 blocks, .489 fg, .640 ft
The idea for this post came about a month or so ago when the Bulls were playing on national television. To my surprise, Nazr Mohammed entered the game for Chicago, and the announcer informed it that this was Nazr's 15th year in the NBA. You read that correctly — Nazr Mohammed has been in the league for 15 years.

This makes absolutely no sense seeing as Nazr is terrible at basketball. The entire reason he's been in the league is because he is a big body — one with no offensive game, marginal rebounding and average at best defense. Basically, Nazr Mohammed is good at being big, and that's it. Yet he's been in the league for 15 years now. Ridiculous.

Shavlik Randolph, Boston Celtics, 7 years experience
Career averages: 2.5 ppg, 2.6 rebounds, 0.3 assists, 0.3 steals, 0.3 blocks, .461 fg, .536 ft
This guy has been in the league since 2005? Really? Shavlik Randolph makes Nazr Mohammed look like Wilt Chamberlain. He's the epitome of soft, and literally brings nothing of value onto the court. Seriously, tall guys get all the breaks. There's no reason he should be employed by an NBA team, but I guess the Celtics have to have a few white guys to appease the fan base.

Joel Przybilla, Milwaukee Bucks, 12 years experience
Career averages: 3.9 ppg, 6.2 rebounds, 0.4 assists, 0.3 steals, 1.4 blocks, .552 fg, .557 ft
OK, maybe Joel Pryzbilla shouldn't be on this list. He did have a couple decent years, he has been a decent shot-blocker and rebounder, and he even played in all 82 games one year for the Trail Blazers, which is a rarity for Portland big men. But man, Pryzbilla should not still be in the league. He hasn't been productive for a half decade, yet he still gets a paycheck because it's nice to be 7 feet tall.

Kwame Brown, Philadelphia 76ers, 11 years experience
Career averages: 6.6 ppg, 5.5 rebounds, 0.9 assists, 0.5 steals, 0.6 blocks, .492 fg, .570 ft
Another case where it's nice to be 7 feet tall. Kwame is the ultimate bust, as we all know, and while he is a decent post defender, he offers little else. Shit, he couldn't even get run on the Sixers this year despite Philadelphia having the softest front line in the NBA. Good for Kwame for hanging on this long where most busts fade away quickly, but enough is enough.

Damien Wilkins, Philadelphia 76ers, 8 years experience
Career averages: 6.3 ppg, 2.4 rebounds, 1.4 assists, 0.8 steals, 0.2 blocks, .427 fg, .782 ft
Damien Wilkins is a small forward who can't shoot, can't rebound, can't pass and yet has been in the league for 8 years. Sure, he can play a little defense and is decently smart, but he's not athletic or elite on that end. Still he gets to start nowadays for the Sixers because the Sixers are terrible. I hate being a Sixers fan. 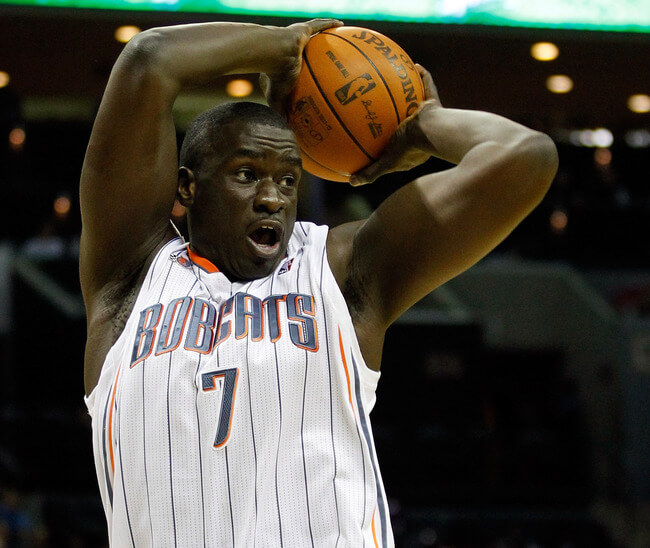 Jason Collins, Washington Wizards, 11 years experience
Career averages: 3.6 ppg, 3.8 rebounds, 0.9 rebounds, 0.5 steals, 0.5 blocks, .411 fg, .646
Jason Collins is 7 feet tall and his career shooting percentage is barely over 40 percent. I repeat, his career shooting percentage is barely over 40 percent. And. He's. 7. Feet. Tall. Fuck Jason Collins. If you're 7 feet and not shooting near 50 percent from the floor, you don't belong on a basketball court. You just don't. Especially when you can't rebound or block shots either. Jason Collins may be the worst player in the NBA. And I hate him. Go away forever.

John Lucas III, Toronto Raptors, 7 years experience
Career averages: 5.1 ppg, 1.0 rebounds, 1.5 assists, 0.4 steals, 0.0 blocks, .395 fg, .776 ft
John Lucas III is most famous for sending the Jameer Neslon/Delonte West St. Joe's team home from the NCAA Tournament while at Oklahoma State. It's all he should be famous for. Instead, he's not also famous for being one of the worst backup guards the NBA has ever seen, a guy in a point guard's body who doesn't pass, yet cannot shoot. John Lucas III should not be on your roster, and if he is, there is no way in hell you have a shot at a title. He's instant death to a team.

Chris Quinn, Cleveland Cavaliers, 6 years experience
Career averages: 4.6 ppg, 1.1 rebounds, 1.9 assists, 0.4 steals, 0.0 blocks, .400 fg, .807 ft
I just can't. I can't. Chirs Quinn didn't even look like he belonged on a college basketball court at Notre Dame, yet he's now been in the league for 6 years? Why? He's small. He can't guard anyone. He can't shoot. He can't pass. He can't play. Shit, I'd rather have John Lucas III than Chris Quinn. He doesn't deserve anymore words. Goodbye.

DeSagana Diop, Charlotte Bobcats, 11 years experience
Career averages: 2.0 ppg, 3.7 rebounds, 0.4 assists, 0.4 steals, 1.0 blocks, .427 fg, .467 ft
Again, it's nice to be tall. That's the only reason DeSagana Diop has been in the league for more than decade, seeing as he can't play whatsoever. He's basically Jason Collins in a Bobcats uniform, only even worse. He can't make a shot despite being huge, can't rebound, can't pass, and can't help a team in any way at all. I don't even want to know how much money he's made just because he's 7 feet. This post is making me angry.

Ronny Turiaf, Los Angeles Clippers, 7 years
Career averages: 4.7 ppg, 3.6 rebounds, 1.4 assists, 0.4 steals, 1.2 blocks, .529 fg, .651 ft
OK, Ronny Turiaf is a hustle guy who works hard and can give a team energy off the bench. But man, he's just not good. He never has been and never will be. Perhaps it's unfair to include him on this list, especially since he can block a shot and actually is smart enough to take only good shots inside, but my dislike of him made him round out the list. I guess that's unfair, but so is the fact that these guys have NBA jobs while other, more talented players are left out in the cold world of the development league or playing overseas.

It really must be nice to be tall.

9 Replies to “How The Hell Is He Still In The NBA?”