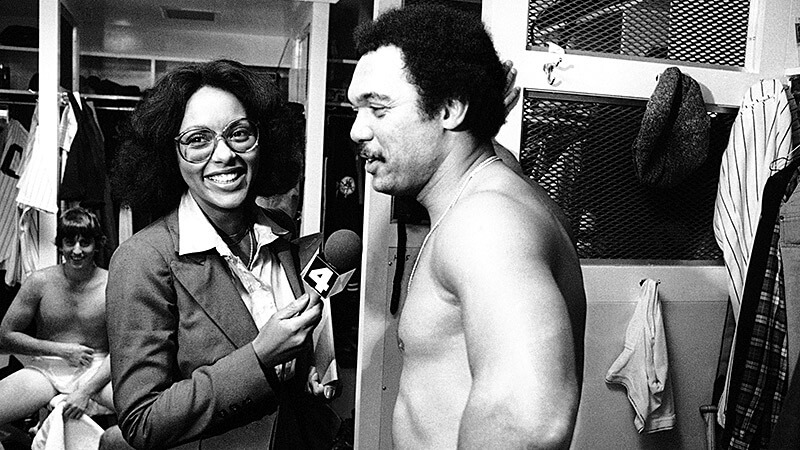 As a 29-year-old, caucasian male raised in a middle-class family, I've lived what is commonly perceived as a privileged life. While certainly not rich, I've been afforded all the opportunities you could reasonably ask for in this world and have not had to face the same discriminatory issues as so many other people — be it due to race, gender, sexual orientation or anything else.

While I can never put myself in anyone else's shoes and pretend to know his or her plights, I have always found it fascinating to learn about the different hurdles other people must overcome. That's why I was excited when ESPN launched its Nine for IX series, mimicking the success of its must-watch 30 for 30 documentaries. And I was particularly intrigued by the film "Let Them Wear Towels," detailing the fight for women sports journalists to gain equal access to the teams and athletes they were tasked with covering.

Being a former sportswriter myself and a trained journalist with a journalism degree (and still working as a journalist outside of sports), the topic really intrigued me. During my time at Penn State, I took a ton of journalism courses (since that was my major), and I also had the luck during my sophomore year of the university starting a program called the Center for Sports Journalism, which I was accepted into. On top of a media ethics class I took with the recently cut and former Pro Bowler Michael Robinson (who played quarterback and a little wide receiver/running back in college) — in which I participated in a group project on how the media portrays athletes of different races differently — I also had a sports media course taught by Marie Hardin, a respected journalist and professor herself.

In that class, we often discussed the plight of women's athletics, which often extended into diversity in the sports journalism profession and hurdles of women sports journalists. In fact, ESPN's Lisa Salters, a Penn State graduate herself, came in and discussed that topic among others in one class. It was really a huge learning experience for me personally, hearing first-hand about the hurdles women have had to overcome in the profession, and I thoroughly enjoyed studying the topic. It was one of my favorite courses during my four years in State College, and Marie Hardin was easily one of my best and favorite professors.

So I was eagerly awaiting "Let Them Wear Towels" once I heard it was on the docket. And I have to say, it didn't disappoint.

It was heartening to hear about the courage and perseverance of women like Melissa Ludtke, Claire Smith, Lesley Visser, Christine Brennan and Lisa Olson, standing up for their rights, fighting for access and holding the establishment and culture accountable. Directors Annie Sundberg and Ricki Stern do an outstanding job letting these women — these trained reporters and storytellers — tell the story, and they all do it so wonderfully.

Watching it, I stood in awe of these women — first in awe of the fact they could even do their jobs as well as they did with so little access, and then in awe of the remarkable work they did to move both the profession and society forward. While I'm certain women still face an incredible amount of hurdles and prejudice in the sports world, it certainly is nowhere near what it was back in the day. There are women sports reporters, writers, broadcasters and sideline reporters in every newspaper, magazine, website and on every television channel there is, and there are multitudes of them who are as good or better than anyone in the business.

But the documentary was also sobering, seeing the bigots and chauvinists repeatedly and defiantly stating simply that not only do women not deserve to be in the locker room, but they don't deserve to  be in the sports arena at all. It's crazy, here in 2013, to think people would go on television or in print in major outlets and actually put that on record. Yet that's exactly what happened.

On the flip side, it was heartening to hear that some of the male reporters stood up for their female peers — whether it was getting quotes for them or directly asking players, managers, coaches and team officials why they won't let women do their jobs. It was also great to see players stand up for the right of the women who covered them to get the same access as men, namely Steve Garvey and Tommy John, both of whom are in the film. It shows that even in the macho, testosterone-fueled stereotypical world of sports, there are social pioneers willing to stand up for what's right.

If you are a sports journalist, another type of journalist or even just a sports fan or fan of equality, "Let Them Wear Towels" should be on your list of things you absolutely must watch. It doesn't matter what your makeup is, there are lessons, cautionary tales and everything in between laid out by the brilliant female journalists of that era and the directors who allowed them to bring their story to light.

5 Replies to “The Evolution Of Sports Journalism And Equality: 'Let Them Wear Towels'”