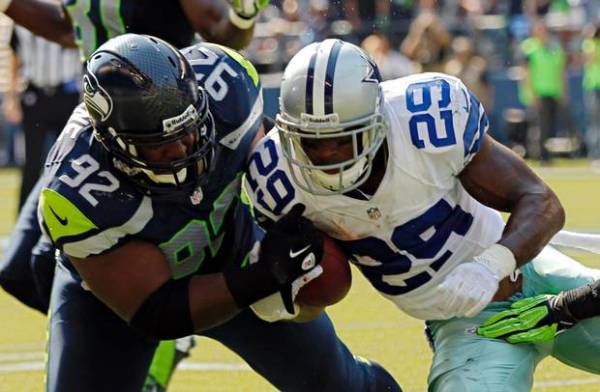 Heading into the 2014 NFL season, all eyes headed west. In a sports world often described as having an East Coast bias, it was the NFC West getting all the praise, and rightfully so.

In 2013, the NFC West was far and away the best division in the NFL. The Seattle Seahawks finished with the best regular-season record in football, tied with the Denver Broncos at 13-3, and won the Super Bowl. Along the way, they defeated the division rival San Francisco 49ers in the NFC Championship game, a team that went 12-4 in the regular season.

Meanwhile, the Arizona Cardinals proved to be the best team not to make the playoffs, posting a 10-6 record, while the St. Louis Rams were no walkover, going 7-9 despite yet another injury to starting quarterback Sam Bradford.

More of the same was expected in 2014, with Seattle the prohibitive favorites, the Niners right on their coattails, the Cardinals looking to push both teams, and the Rams on the up and up.

The same could not be said for the NFC East, a division that often has taken the headlines in the conference over the years. Last season, only the Philadelphia Eagles finished with a winning record in the division — their record the same 10-6 as the postseason-less Cardinals — with the Dallas Cowboys going an even 8-8 and both the New York Giants and Washington Redskins finishing with losing records. In fact, Washington had the worst record in the entire conference, besting only the Houston Texans and their paltry two wins with a 3-13 mark.

As this season approached, few if any people expected the NFC East to be much better. The Eagles were once again expected to finish as division champs, with the Cowboys' defense decimated, New York's roster in turmoil and the Redskins getting more notoriety for their name than their play.

However, here we are, six weeks into the season, and the NFC East is neck and neck with the NFC West — in a year in which the two divisions face one another, no less.

For starters, the Eagles and Cowboys are tied atop the NFL with 5-1 records, matched only by the San Diego Chargers. Digging a little deeper, the NFC East is keeping pace against the West thus far in the head-to-head matchup as well, currently sitting at 3-5 against the division widely considered the best heading into this campaign.

While it's true that two of those three victories have come at the expense of the 1-3 St. Louis Rams, who are once again without an injured Bradford (as always), the fact remains that the East is right there with the West, particularly when you factor in that the Eagles had every opportunity to defeat the 49ers but ultimately came up short.

Of course, the third victory of the bunch was the most impressive, with the Dallas Cowboys doing something virtually never done — going in to the Seattle and toppling the defending Super Bowl champs. In fact, Dallas was just the second team since the start of the 2012 season to head to Seattle and come away victorious. The Cowboys were simply the better team against a foe everyone had considered the best team in football, proving that the East is for real.

I'm certainly not ready to declare the NFC East the superior division. That would just be foolish. While it's true that the 14-10 combined record of the East is a hair better than the 11-8 combined record of the West (12-9 after tonight's Niners-Rams matchup, barring a tie), the NFC West has beaten the NFC East five out of eight tries thus far, with the Cardinals a perfect 2-0 with victories against the Skins and Giants. And when you factor in wins against teams such as the Chargers, Packers, Broncos and Chiefs for the West teams, you'd be hard-pressed to find a tougher set of divisional squads.

But the East has been almost as impressive. The Eagles defeated the Colts, the Cowboys took down the Texans and Saints in addition to yesterday's impressive victory, and New York has topped Houston and Atlanta.

It's been a surprising start, no doubt about it, particularly after the opening to the season. The Cowboys and Giants looked to be basement dwellers following their opening-week debacles, while the Eagles struggled against lowly Jacksonville and the Redskins looked anemic against Houston. On the flip side, the Seahawks and Cardinals came storming out of the gates, while the Niners were expected to be there before long.

Now here we are, the NFC East putting on a surprising showing to keep pace with the NFC West, no performance more surprising than the one by the Cowboys yesterday out in the Pacific Northwest.

We're still very early in this NFL season, with a large portion of interdivisional games to go between the NFC East and NFC West. But through six weeks of play, these two divisions are a lot closer than anyone would have thought.

3 Replies to “Eastside Vs. Westside: The NFC East Challenging The NFC West”