Last week, we learned that the late Junior Seau, who committed suicide last spring, suffered from Chronic Traumatic Encephalopathy (CTE), which can lead to memory loss, dementia and depression. It's a hot-button issue in sports today, particularly football, as brain and head injuries have become perhaps the biggest focal point in all of sports.

And with the NHL season set to begin Saturday, I thought it was good time to discuss how we, the fans, deal with depression in sports. After all, concussions have ravaged hockey almost as much as the NHL, highlighted by the game's premier talents — Sidney Crosby, Claude Giroux, Chris Pronger — getting sidelined, some for extended periods of time (Crosby) and some indefinitely (Pronger).

As a collective sports community, we've come a long way in the past few years in terms of player safety and, in particular, brain injuries. But I think we still lag behind in mental illness and depression as a whole, which is completely understandable. Depression and similar afflictions are so complex and individualized that it is hard to wrap our heads around it in general, let alone in our sports consumption.

I admit, up until the past year or so, I was about as naive and unsympathetic to the disease as anyone. It showed in some of the feelings I had back in 2008 when Philadelphia Eagles Pro Bowl guard Shawn Andrews did not report to camp as he battled depression. As a pompous and green 24-year-old, I couldn't understand how a guy as rich and famous and talented as Andrews could be depressed. After all, he was not only getting paid millions of dollars to play a game, but he was the best at his position. The man seemed to have it all. Yet he was depressed, and I couldn't wrap my head around it. Looking back, I cringe at the naive, uninformed, insensitive things I wrote back then. 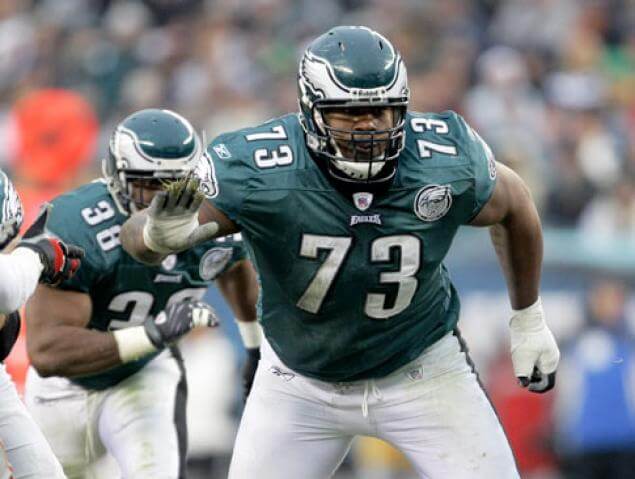 Honestly, I'm embarrassed and ashamed of myself for how I reacted to that news, yet I feel like there are many fans who had and still have similar reactions when they hear about one of their favorite athletes suffering through depression or mental illness. And I think we all need to try and be more sympathetic and supportive moving forward. The cases of Royce White, Stephon Marbury and countless others prove that the promise of fame and fortune doesn't mean these people are invincible or somehow happier than the rest of us.

Admittedly, it took a while for me to come around to that end. You see, I have thankfully never experienced clinical depression personally, and no one close to me in my life — as far as I know — had been diagnosed with depression. It was something I had never had to confront, and thus it was something I simply didn't understand.

And while I'm no doctor and certainly no expert in the field, the past year I have had to face the issue head on. You see, a little over a year ago, I began dating someone who suffers from bipolar disorder and depression. When we met, I had no idea, and even after she told me, I saw little signs. But after she had to go off her medication and we stopped seeing each other, we remained friends. She moved away and had a difficult time coping. All the while, I watched with concern just what depression can do to a wonderful, talented, intelligent individual. This person I had grown to know rather well, someone I truly care about and respect, could not function at times. Someone I saw create amazing works, someone who was well-traveled and well-read, someone who never ceased to make me smile simply could not deal with the things going through her head at times. It is a battle she has dealt with the majority of her life, a disease that she must deal with not only day-to-day, but even minute-to-minute.

Seeing just how inhibiting the disease can be up close and personal has shed an entirely new light on depression for me. And since, I've learned of others in my life who are battling this devastating disorder.

I would like to think that as I matured as a man, I began to at least show more understanding toward depression and mental illness as a whole. But I would be lying even to myself if I said I truly understood what it entails before this past year. Honestly, it probably took the close relationship I have with my friend to truly push me in this direction fully, one where I no longer question or try to dismiss the athletes I marvel at when they suffer from such afflictions.

Depression is as serious an issue as any physical injury an athlete can sustain. Many times, it is infinitely worse. Dealing with depression in sports should no longer be taboo or left to the individuals. We know too much now about the effects our sports and the limelight can have on athletes. And now, as we move forward as a society to understand mental illness and depression better so we can treat it and nurture those affected, we must try to imbue that sympathy and understanding in sports.

Just as we do in society, we have a long way to go in sports to move in that direction. But now is the time to deal with depression and sports in a very real and very public way.

It took personal experience for me to realize this fully, so I understand that it's a difficult thing to embrace. But if someone who was as naive and frankly ignorant on the topic as I was just a few short years ago can make that transition, I think we all can. And the time is now.

3 Replies to “Dealing With Depression And Sports”