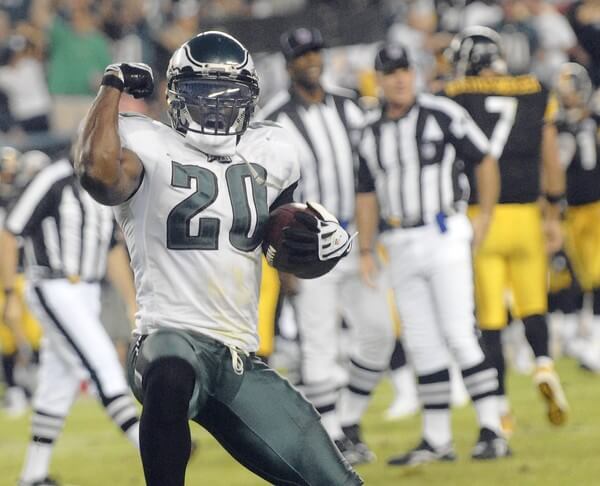 If you are a lucky enough sports fan, you'll come across and witness every movement of a player that truly revolutionizes his sport in one form or another. As a Philadelphian and lifelong Eagles fan, I was that lucky, getting to witness Brian Dawkins redefine the safety position in the National Football League.

Yesterday, Dawkins announced his retirement from the NFL, wrapping a Hall of Fame-worthy career that spanned 16 seasons and two cities. For 13 years in Philadelphia, I had the honor to follow Dawkins on his remarkable journey from second-round pick out of Clemson to eight-time Pro Bowler, four-time First Team All-Pro and ultimate leader. Anyone who watched him game in and game out knows he is a Hall of Famer, whether he ever gets enshrined in Canton or not. We all know how the NFL Hall has historically overlooked the position with the exception of Ronnie Lott, but really, the doors to Canton don't matter nearly as much as what Dawkins did to revolutionize the safety position.

Make no mistake, Dawkins came into the NFL at a time when the rules and teams began to put more emphasis on the passing game. The times were changing from a run-first league to a pass-first, pass-second, pass-third one. Rules were implemented to protect quarterbacks, free up wide receivers and open up aerial attacks.

Naturally, with this new-found philosophy, offenses began to target safeties and linebackers as the players to exploit. The reasoning was simple: over the years, safeties and linebackers were the big boys out there to contain the run game and lay big hits, not cover. Few safeties had the capability to cover tight ends and running backs, and those that did were usually undersized and a liability against the run. That is until Brian Dawkins came along.

You see, Dawkins came in and changed the game. At a time when the slow, plodding safeties were the norm - and were beginning to get exposed - Dawkins brought another dimension rarely seen in professional football. Not only could he hit like a Mack truck and make receivers, running backs and quarterbacks alike shudder, but he could run with the tight ends, backs and even some receivers and shut them down. He was a big, fast, intimidating tackler that just so happened to be able to cover all by himself. He was Ed Reed before Ed Reed was tearing it up at the U, Troy Polamalu before NFL defenders had long locks that got them shampoo commercials.

The young NFL fans may not realize just how versatile Dawkins was in his prime, and just how rare his type of talent was back in the late 1990s moving into this millennium. He showed the world that a safety could do so much more, and he became the centerpiece of the late, great Jim Johnson's vaunted Eagles defenses. One play, Dawkins would be down in the box stopping a running back for no gain. The next play, he'd be breaking up a pass over the middle or laying out a receiver, and the next play, he'd be making his patented flying leap while sacking the quarterback.

He became the man every team had to account for on every play, and even that was futile. There was no telling where or when Dawkins would strike, because he was everywhere all at once. He became so integral, so dominant that every team started to search out their own Brian Dawkins. Now, a safety can't take the field without being able to do a little bit of everything. That's because of Dawkins, the safety who changed the position forever.

Beyond that, Dawkins epitomized what it means to be a leader, both on and off the field. Ask any Eagles fan who the leader of the Andy Reid-era Eagles was and they'll all answer, without hesitation, Brian Dawkins. Even if Andy coaches another decade, the answer will remain the same. No player wore his emotions on his sleeves more openly and demanded that his teammates followed suit.

Off the field, he was and is the consummate gentleman. A man of countless charitable works, a man of religion and family, no one has ever uttered an unkind word about Brian Dawkins the man. He's the type of man you want your son to grow up to be, the type of teammate and friend and brother and father you hope you have in your life.

He was also a game-changer, literally and figuratively. Brian Dawkins was an original, the man who made the safety position what it is today.