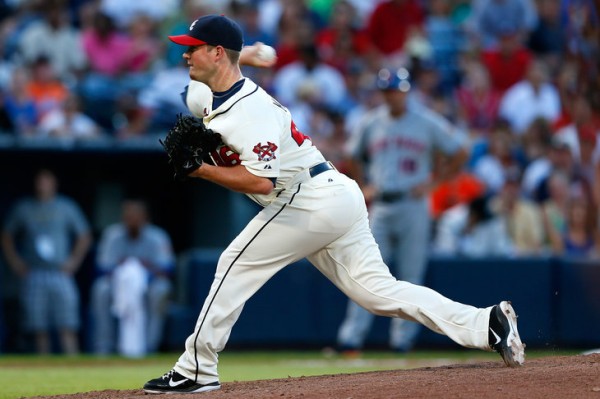 Way back in July, our very own Matt Whitener provided the MLB awards at the season's midway point, and on Monday, our newest addition, Dillon Friday, shared the updated AL and NL MVP power rankings to usher in October.

Now as Major League Baseball's regular season comes to a close today, I thought it would be prudent to take a look at the Cy Young race in each prospective league.

My apologies to guys like Johnny Cueto, Kyle Lohse and Jake Peavy, as well as closers such as Craig Kimbrel, Jim Johnson and Fernando Rodney, who just missed the cut for me. I was really, really contemplating putting Kimbrel on my list for his insane season for the Atlanta Braves, but I have a hard time putting a closer on the list ahead of worthy starters unless said closer literally was perfect in save opportunities. But best believe, Kimbrel deserves consideration and any votes he may get.

Anyway, without further ado, here are the top five candidates in each league. *Note: All stats as of the morning of Oct. 2.* 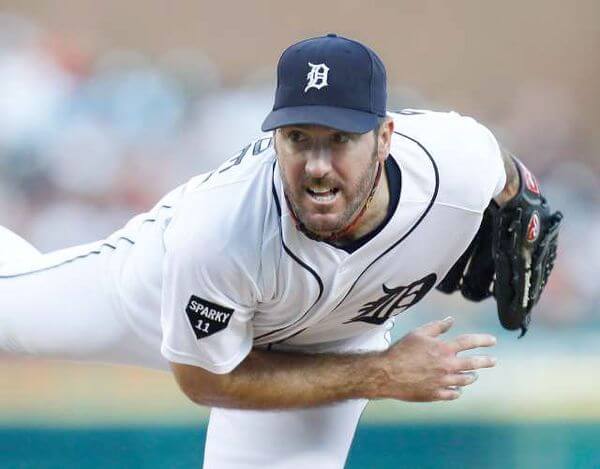 American League Cy Young
5. Felix Hernandez, Seattle Mariners: When Felix Hernandez won the Cy Young two years ago, it was a victory to pitchers everywhere who are stuck on horrid teams and thus see their win totals suffer. Well, Felix was at it again this season, throwing a perfect a game, racking up 223 strikeouts and continuing his workhorse ways, sitting second in the AL in innings pitched, even as his wins trail behind the league leaders. He is the lone reason the Seattle Mariners have any relevance whatsoever these days, and while he wasn't in the same form he was in 2010, he was his usual dominant self.

4. Chris Sale, Chicago White Sox: For a long stretch of this season, the Chicago White Sox sat atop the AL Central, outperforming the much more celebrated Detroit Tigers. A large reason is the left arm of the 23-year-old Sale. Sale is in the top five in wins (17), ERA (3.05), opponents' batting average (.235) and WHIP (1.14) to go along with 192 strikeouts. The future is bright for the man who surpassed Jake Peavy's early good start to become Chicago's true ace, even as the White Sox ultimately faded down the stretch.

3. Jered Weaver, Los Angeles Angels of Anaheim: After acquiring the likes of Albert Pujols and C.J. Wilson in the offseason, the Angles were expected to be a World Series contender. Instead, their season ends today, but that is no fault of Jered Weaver. Not only did Weaver post yet another sub-3.00 ERA — his 2.73 bested only by Justin Verlander — and lead all of baseball with a 1.00 WHIP and top the AL in opponents' batting average (.213), but when he was on the hill, the Angels did what people expected of them and actually won. His 20 wins are tied with the next man on the list for the most in the AL.

2. David Price, Tampa Bay Rays: Lead the league in ERA, wins and winning percentage? Check. Continue evolving into the nastiest lefthander in the Eastern half of the United States? Check. Nearly lead the Rays back to another late-season surge and the playoffs? Check. While David Price's quest to join the Baltimore Orioles and New York Yankees in postseason play ultimately came up short, the Tampa ace put together another Cy Young worthy campaign. He once again topped the 200-inning mark, had a tremendous 1.10 WHIP and put forth a season that easily could have given him the Cy were it not for the next man on this list.

1. Justin Verlander, Detroit Tigers: Verlander was the leader at the midway point, and last season's AL MVP and Cy Young winner is up to it yet again. No pitcher in baseball tossed more innings (239), struck out more batters (239) or meant more to his team than Verlander, who should make it back-to-back Cy Young awards. He's in the top four in every major pitching category in the AL, and the man you want out there more than anyone when it matters most. 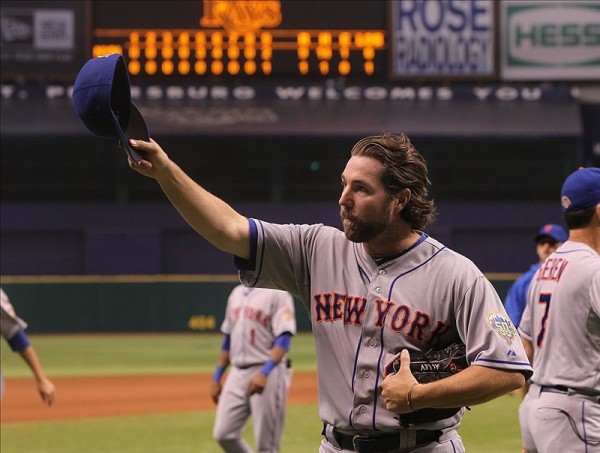 National League Cy Young
5. Cole Hamels, Philadelphia Phillies: You can call this one a homer pick if you like, and I won't fault you. But believe this, Cole Hamels was the only pitcher on the heralded Philadelphia staff that held up his end of the bargain all season long. He decidedly took the reigns from Roy Halladay and Cliff Lee to become the ace of this Cy Young-laden staff and put together numbers that hold up against anyone in the fringe Cy Young discussion: 17-6, 3.05 ERA, 215.1 innings pitched, 216 strikeouts, 1.12 WHIP. He was one of the few bright spots on an underachieving Phillies team from start to finish.

4. Matt Cain, San Francisco Giants: If the world didn't take notice following his perfect game, they should now that Cain has led the Giants to the NL West division title despite the Dodgers spending a boatload of cash to improve their squad and his Cy Young teammate pitching like anything but a Cy Young pitcher. Once again, Cain quietly went about his business as the least talked about stud pitcher in the game, posting a sub-3.00 ERA, carrying the load with well over 200 innings pitched and putting up an insane 1.04 WHIP. Without Matt Cain, the Giants wouldn't even be sniffing the playoffs, let alone winning the NL West.

3. Clayton Kershaw, Los Angeles Dodgers: If there was any justice in this world, wins really wouldn't matter at all and Clayton Kershaw would be this year's Cy Young winner. And while wins shouldn't matter, let's face it, voters still care about them, even with King Felix bucking the trend two seasons ago. And that's a shame, because in my opinion Kershaw is the best pitcher in the National League hands down — or at least the best pitcher who doesn't get prematurely shut down even as his team has a legitimate chance to win a World Series, but I digress. Kershaw leads the NL in ERA (2.56) and WHIP (1.03) and is second in innings pitched, strikeouts and opponents' batting average. And he's probably the one guy no one in the National League enjoys facing at any point in time. For my money, he's the guy I'd take first if I had my pick of any pitcher in the NL.

2. Gio Gonzalez, Washington Nationals: While Stephen Strasburg got all the attention from the media, his new teammate Gio Gonzalez was the one putting together the more remarkable story. See, everyone expected Strasburg to thrive, but not everyone expected the Nationals to go out and become one of the best teams in baseball this year. But thanks to Gio's insane season — 21-8 (most wins in baseball), 2.89 ERA, 207 strikeouts, 1.13 WHIP and league-leading .206 opponents' batting average — along with tremendous seasons from the entire roster, the Nats head into the postseason with one of the most feared rosters in baseball, with or without Strasburg. He may have put together the most under-the-radar Cy Young runner-up season ever, given all the talk of his more famous teammate, but make no mistake, Gio has been brilliant this year.

1. R.A. Dickey, New York Mets: Surprising exactly no one, the New York Mets were terrible yet again in 2012. Despite that, knuckleballer R.A. Dickey managed to hit 20 wins, and it wasn't a fluke. Dickey leads the NL in innings pitched and strikeouts, and only Kershaw's 2.58 ERA bests his 2.69. Add in a 1.05 WHIP for a guy who throws a knuckler combined with his year-long dominance and you have yourself a rarity: a first-time Cy Young winner at the age of 37 who throws the slowest pitch in baseball.

There you have it. Thoughts on the list? Who gets your votes?