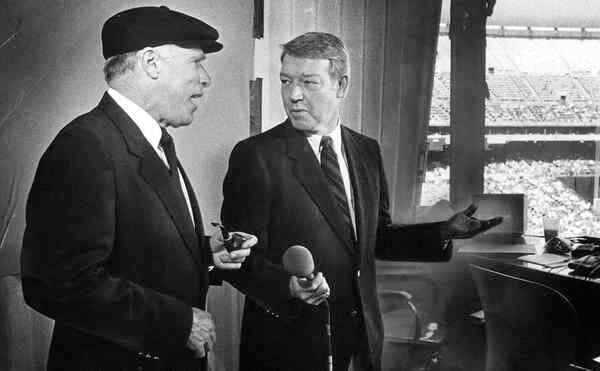 Today is the 236th birthday of our nation. As a native Philadelphian, I’m reminded of July 4, 1776, every time I run through Old City or hop off the el at 5th Street. The Liberty Bell, Declaration of Independence, Independence Hall, those things are engrained in my city’s culture. It’s where our nation was born.

If you ever get the chance, I highly recommend visiting the City of Brotherly Love, particularly around this time of year. It can give you a walk down memory lane and make you feel pretty damn patriotic.

But if you aren’t in the area and can’t make the trip, there’s another way you can honor the United States of America without making a dent in your Fourth of July plans. To get a real taste of Americana and celebrate properly this July 4th, go outback, fire up the grill, grab a few cold ones, gather your friends and family, and tune in to a good, old-fashioned baseball game on the radio.

What’s that? You don’t own a radio? Shame on you. Go get one, stat. They’re not expensive, believe me. You’ll thank me later.

For many sports fans, especially in the 21st century, the beauty of listening to their hometown announcers call a baseball game through the airwaves has been lost. With smartphones and iPads and MLB Internet and television packages, this era of visual stimulation can be satiated damn near all the time from damn near any place. The lone bastion of radio broadcast these days is the automobile, but iPods and Pandora and the like have even rendered that obsolete for many. It’s a shame, because there’s nothing more American than sitting outside enjoying the weather and listening to sounds of the diamond.

There’s just something about baseball that lends itself to the radio. The crack of the bat, the rise in the announcer’s voice on a big play, the stories relayed between batters and even pitches. It can be majestic with the right men describing the action and sharing their stories.

No other sport translates quite as well. The NFL is the ultimate spectator sport. You want to see and feel and replay every hit. Basketball and hockey are slightly more tolerable over the airwaves, but they move a bit too fast to get the full effect. But baseball, baseball is the perfect combination of pace, sounds and game for the radio.

Maybe it’s nostalgia, harking back to the time when baseball truly was America’s pastime. Maybe it’s the aura of the game, the vast list of legendary voices. Or maybe it’s because I’ve been lucky enough to live in a city with some of the greatest radio baseball announcers to ever live. Whatever it is, there’s just something about tuning in to the A.M. dial and hearing the game from your favorite voices that makes it special all on its own.

Some of my most vivid memories as a baseball fan were experienced through the radio. The late, great duo of Harry Kalas and Richie Ashburn helped raise me on the game with my own father, and nothing beat hearing Harry excitedly give his famous home run call: “SWING AND A LONG DRIVE, WATCH THIS BABY, OUTTA HERE!!!!” I remember hearing Mariano Duncan’s Mother’s Day grand slam on the radio, and using the DVR to sync up the radio broadcast during the 2008 World Series with the TV broadcast so I could listen to Harry and Wheels instead of Joe Buck. And the current duo of Scott Franzke and Larry Andersen provide a far and away more enjoyable listening experience than the Phillies’ TV broadcast team. Hearing Franzke call Jimmy Rollins’ walk-off hit in the 2009 NLCS against the Dodgers was otherworldly.

It’s those moments, heard through the airwaves, that I’ll always remember, always cherish, and I know I’m not alone. There are baseball fans everywhere who have had a similar experience, even if it’s been a while.

So this Fourth of July, get outside, enjoy your day off, and make sure to listen to a baseball game on the radio.

The NFL may be more popular, the NBA more marketable and the NHL growing in popularity, but there’s nothing more American than barbecues, fireworks and baseball on the radio.

2 Replies to “Barbecue, Fireworks And Baseball On The Radio”

Barbecue, Fireworks And Baseball On The Radio

Baseball Live Or Let Die: The Plight Of The Phillies

Baseball It Seems Like Yesterday: The D-Train Calls It Quit…
2