When Mr. Editor-in-Chief Eddie Maisonet asked me to write about my hometown Philadelphia 76ers acquiring Andrew Bynum, he presented the following pitch:

Andrew Bynum, Big Men In Philly and Beyond: From Wilt to Moses, Bynum's stepping into the holy grail … but what's the buzz in Philly?

When I read that, I almost spit out my beverage and broke into a roar of laughter. The holy grail of big men? Philadelphia? Hardly.

While it's true that both Wilt Chamberlain and Moses Malone are two of the greatest centers to ever roam the earth, MVP's who led the Sixers to titles, calling the Sixers the holy grail for centers could not be more inaccurate. Why? Because the Sixers haven't had a franchise center in more than a quarter century.

Real murderer's row of centers there, huh? Honestly, there are only a handful of even decent players in the bunch, with the best being Theo Ratliff, Dikembe Mutombo and Samuel Dalembert. And if you take longevity into account and put a gun to my head, I'd have to say Samuel Dalembert is the best center who spent more than a few years in Philadelphia since Moses Malone departed in 1986. No, he wasn't as good as Theo before he was injured and traded for Mutombo, and no, he wasn't as good as Mutombo in his year and half in Philadelphia — hell, Theo and Dikembe were both all-stars — but Dalembert was Philly's starter for seven of his eight seasons as a Sixer and even averaged a double-double in the 2007-08 season. That essentially makes Samuel Dalembert the most accomplished Sixers center since Moses Malone, and Samuel Dalembert still really doesn't even know how to play basketball. That's just sad. 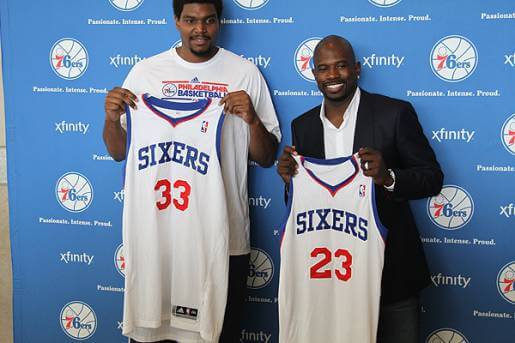 All credit has to go to the new group of owners, led by CEO Adam Arron and Managing Owner Josh Harris. In their first season of ownership last year, they stood pat and witnessed the Sixers jump out of the gate quickly, fade toward the end, but then ultimately advance to the second round of the playoffs, coming up just one win short of advancing to the Eastern Conference Finals. In the process, they infused a little life back into the Wells Fargo without the ice on the floor, but a little of the shine wore off once the season ended. Everyone realized the Sixers were an 8 seed that got lucky Derrick Rose got injured, and that the Celtics were running on fumes against a young team that really posed no threat to the throne. The offseason was where the new owners would show their true colors. Stand pat and accept the status quo, and the fans would once again lose enthusiasm. These guys understood that, and then went out and completely reshaped the roster, casting off mainstays Lou Williams, Elton Brand and Andre Iguodala, while at the same time getting the game's best young center. Well played.

Now the excitement is as big as I can remember. No, no one expects the Sixers to be a championship contender this coming season. In fact, a small step backward isn't out of the question with the amount of talent that left, including team leaders across the board. But it's the type of championship building block this franchise has coveted for a decade.

That won't be the case in Philadelphia. Immediately, he becomes the man for the Sixers. Right from the jump, he's the guy who will be taking the most shots, the guy this offense will revolve around, the guy who will anchor the defense, the guy whom teammates will look to. He's the lead dog now, not a complimentary part.

The question is, of course, can he handle it? He has the talent, no question about that. But is he mature enough? His history says he's still a work in progress in that regard, however, for what's it worth, he was incredibly impressive in his introductory press conference in Philadelphia. Maybe now that he sees all excitement he's generating and realizes he's the man here, he'll sharpen his focus and dominate the inferior Eastern Conference big men night in and night out. That's the hope anyway. 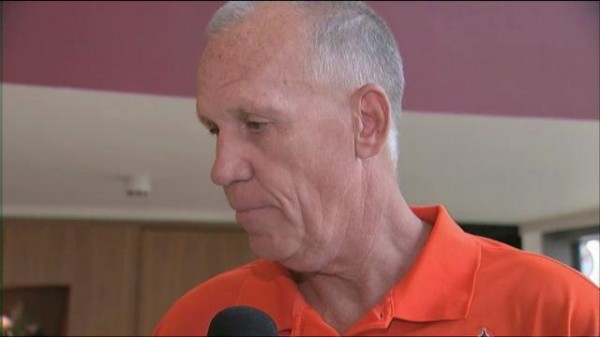 There is risk in all of this, no question about it. For starters, how will Doug Collins utilize and deal with Bynum, particularly if/when he pulls one of his stunts? Lest we forget, Collins has never really coached a big man with the talent Bynum possesses, and he certainly hasn't coached a team in which the offense was run through the center position. Ironically, the one young center who was (wrongfully) drafted to be a franchise guy that Collins did coach was now-Sixer Kwame Brown, and we all saw how that turned out. Collins can't handle the much more talented and already much better Bynum the way he did Brown. He has to adapt to Bynum being the guy, and that has to happen from day one. Andrew Bynum needs to be the focal point in the first game and every game thereafter.

There is also the slight chance that Bynum could leave Philadelphia after the season should he choose if he does not enjoy this season. The fortunes are in the Sixers' favor in that regard, seeing as they can pay Bynum more money than anyone else, he's from New Jersey and, while admittedly playing to the crowd, expressed his desire to be a Sixer for a long time, added with a young, up-and-coming roster — a roster on which he is the man. The hope is that Bynum enjoys leading a team and playing alongside the other building blocks, Jrue Holiday and Evan Turner, and creates the foundation of a future contender, making Philadelphia a landing spot for free agents.

What the Sixers really need is one or both of Holiday and Turner to take that next step and provide Bynum the young sidekick he needs. Visions of Jrue running the pick-and-roll with Bynum are already running rampant, and if Turner can ever find a jump shot to go along with his penetration abilities, the Sixers very well may have something here. Ideally, this trio will click and make Philadelphia a formidable foe. But even if just one of the two emerges, you have yourself a team that suddenly isn't that far away.

Of course, we have no idea how will play out, just as we have no idea how the Sixers will perform this upcoming season. But we know, for once, that Philadelphia will be relevant with the best young big man in basketball — that is if he holds up. Because the elephant in the room with Bynum, even more so than his maturity issues, is the injury history. He's only played a full season once, his second year, and reached the 60-game mark only two other times, in 2009-10 and last season. With the news that he's undergoing some type of procedure in Germany, it does give you something to worry about.

Hopefully, his body holds up. If it does, the Sixers have themselves the big piece they've been searching for ever since Allen Iverson left town.

Andrew Bynum doesn't have to be Wilt Chamberlain or Moses Malone, so long as he isn't any of the men who've manned the paint for the Sixers the past 25 years.