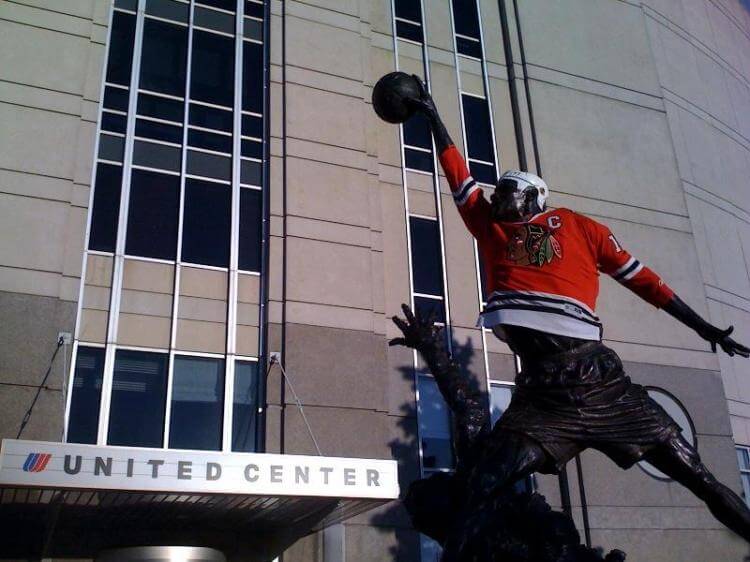 After the artist formerly known as Roy Halladay gave up an eight-spot in less than four innings of work, I was able to focus my undivided attention to the NBA and NHL playoffs. OK, so since I have two televisions in my living room with the NBA on one and the NHL on the other, I guess my attention was, in fact, divided. But that’s beside the point.

With the NHL dropping the puck on the 2013 Stanley Cup playoffs last night to join the NBA that already sees two teams in the second round, I thought it appropriate to dissect the differences between the NBA and NHL playoffs. (Hat tip to colleague Dillon Friday for the idea.)

So without further ado, here are the five biggest differences between the NBA and NHL playoffs. 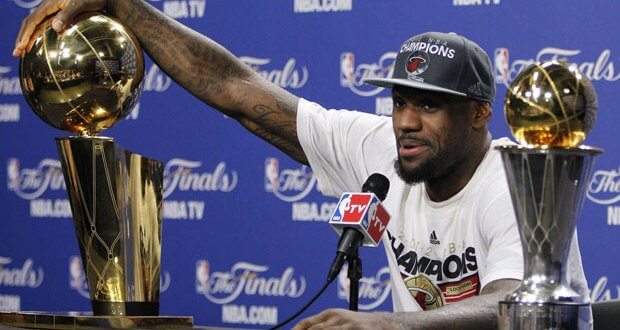 1. Every team truly has a chance to hoist the Cup; only a select few have a real shot to hoist the Larry O’Brien.

Let’s be real here; if you don’t have a bona-fide superstar or three, you have no shot to win an NBA title in today’s game. Stars run the league, and the Miami Heats, San Antonio Spurs and Oklahoma City Thunders (at least before Mr. Westbrook went down) are the haves, while the rest of the playoff teams are the have-nots for all intents and purposes. Maybe the New York Knicks with Carmelo and company can make a run, and perhaps the Clippers can creep up on the Spurs or Thunder with the world’s greatest point guard running the show. But the East is Miami’s to lose, and the Spurs are now in the driver’s seat with Kevin Durant’s running mate on the sidelines. No team below the top 3 or 4 seeds in a conference even has a shot.

Conversely, upsets are not only possible, but probable in the NHL. Just take a look at the defending Stanley Cup champs, an eight seed that ran roughshod through the postseason. Hockey truly is a team game, one in which superstars certainly are helpful but not a necessity to win. It’s depth, attrition, luck and determination, along with good goaltending, that make champions, not simply a cast of the biggest stars. 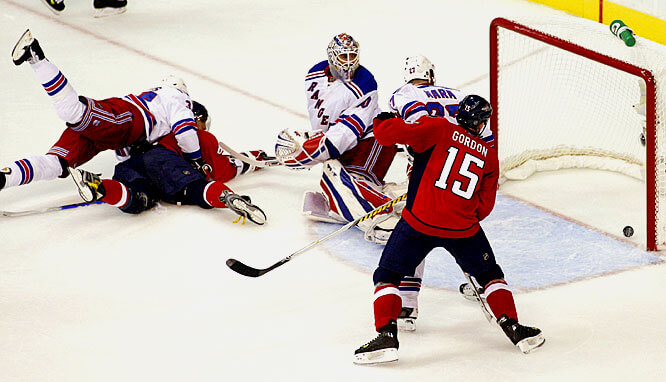 2. Every goal matters in hockey; not every bucket is life or death in the NBA.

Without question, the intensity level rises dramatically in the postseason for the both basketball and hockey, but in hockey, any minute mistake or missed assignment could lead to the game-winning goal. Games routinely end in low-scoring affairs, meaning every shot that hits the twine can be the difference between victory and defeat.

Basketball is a game of runs, one in which a bucket here and a bucket there aren’t nearly as critical throughout the entire contest as a goal is in an NHL game. That’s not to say the points don’t count the same in the first quarter as the fourth, but in the NBA, “winning time” typically rears its head in the final six or eight minutes of a tight contest, whereas “winning time” just about always encompasses all 60 minutes in hockey. 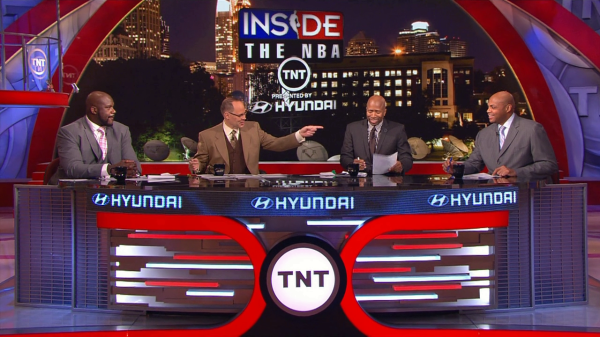 Everyone and their mother knows that Kenny Smith, Ernie Johnson and Charles Barkley are national treasures, the greatest trio of pregame sports hosts in the history of the universe. Sure, Shaq is an unnecessary and flat-out bad addition, but the chemistry of Kenny, E.J. and Charles, not to mention their knowledge of the game and passion to speak their minds, makes the TNT pregame, halftime and postgame shows must-watch TV.

As for the NHL, not so much. I’m a huge Keith Jones fan because he does a tremendous job on Flyers broadcasts, is hilarious on sports-talk radio and doesn’t pull any punches, but not even Jonesy can offset the unbearable arrogance and at times ignorance of Mike Milbury, who is nothing more than a blowhard for blowhard’s sake most of the time. Then there is Jeremy Roenick, a guy seemingly made for TV during his playing days … and a guy who is always almost unwatchable. He reminds me of Curt Schilling in that way: players I loved to watch and who were very entertaining interviews always willing to speak to the media and speak their minds, but guys who just became annoying self-promoters as announcers.

These guys can’t hold a candle to Charles, Kenny and E.J. 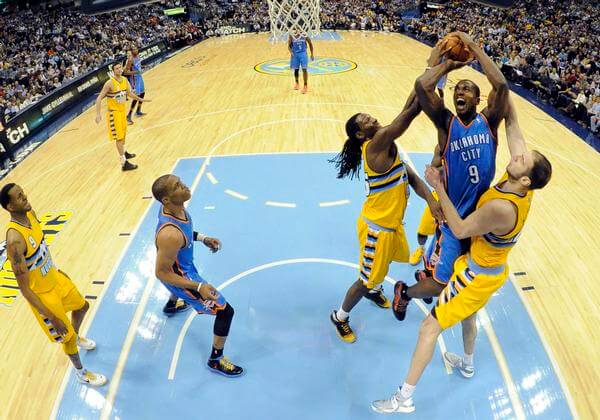 4. Blocking a shot has a completely different meaning in each sport.

As I’m writing this, I just watched Kenneth Faried emphatically block the shot of Jarrett Jack from behind, and it reminded me how different it is to block to shot in the Stanley Cup playoffs.

Without a doubt, a block in the NBA playoffs can change momentum and jack up a crowd. And on top of that, blocks usually look cool as shit and make the highlight reels all the time.

Meanwhile, blocking a shot in hockey rarely makes the highlight shows, unless something goes drastically wrong. That’s not necessarily an uncommon occurrence, seeing as NHL players literally put their life and limbs in harm’s way to block a solid, frozen puck. Bodies be damned, defensemen and forwards alike will lay down in front of a guy winding up for a 90-100-plus mph slapshot without hesitation. Sometimes it leads to a stinger, sometimes a broken face. 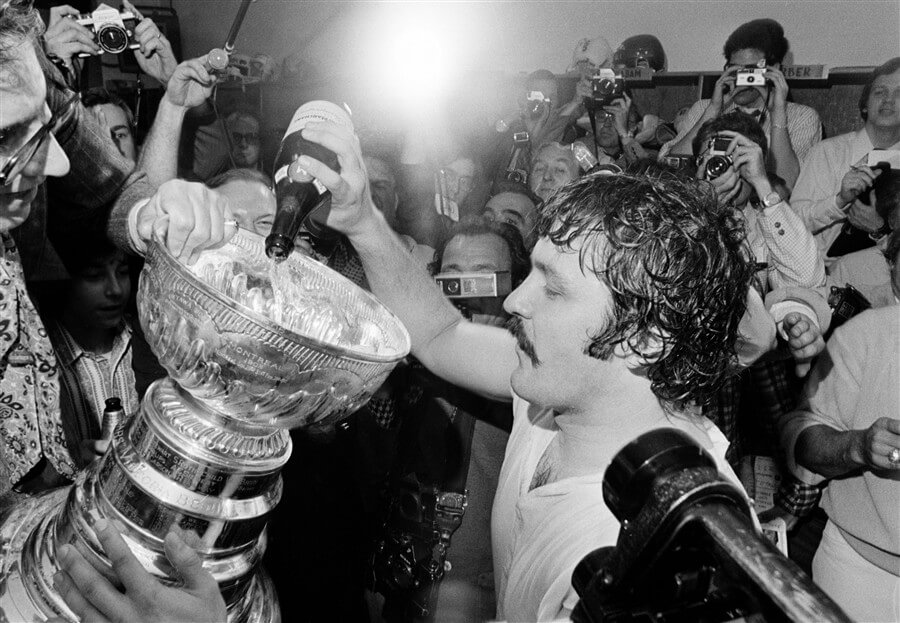 5. Each trophy is not created equal.

Be honest, have you ever dreamed of what you’d do on your day with the Larry O’Brien Trophy? No, no you haven’t. Meanwhile, damn near every sports fan has at one point or another had a conversation about what they’d do with the Stanley Cup on their day with it. Drink libations out of it. Use it as a jello bowl. Christen your child in it. Shit, the possibilities are endless.

That’s because not only is the Stanley Cup the superior trophy looks-wise … it’s also the greatest trophy in sports period. And you get to have a whole day with it all to yourself if you get your name engraved on it. That’s some serious shit. Basketball is awesome, but the Larry O’Brien isn’t even in the same stratosphere as the Stanley Cup as far as trophies go.