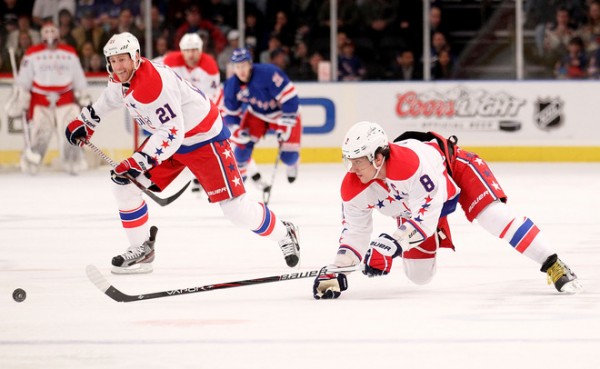 Yesterday, my esteemed colleague M. Trible laid out why each NHL playoff team can hoist Lord Stanley's Cup. Today, I'm here to tell you why each team won't.

Admittedly, the Rangers have the look of a Stanley Cup team. They play an up-and-down style, forecheck relentlessly, play tremendous defense and have the best goaltender in the world. Marian Gaborik provides an elite scoring touch, Ryan Callahan does it all and coach John Tortorella demands the best out of his team. But come on, this is the New York Rangers we're talking about, the same franchise that hasn't won consecutive playoff series since 1997. Once springtime rolls around, the Rangers feel the heat and usually fold. A slight stumble down the stretch to give Pittsburgh and Philadelphia a chance to catch them didn't exactly inspire a ton of confidence either.

The defending champs are back with a high seed and their entire core in tact. Here's the thing; no team has won back-to-back Cups since the Red Wings more than a decade ago, in 1997 and 1998. It's damn hard to win it once, let alone twice. Boston has a bull's eye on its back, and it takes on the talented, dangerous Capitals in first round. Don't count on a repeat.

I'm going to go ahead and let Ryan Lambert of Puck Daddy explain:

"What you may not know about the Florida Panthers, though, is that not only are they not a good team, they are quite literally the worst team since the lockout — i.e. when we got the shootout and all that bad stuff — to qualify for the Stanley Cup playoffs. How much worse are they? They finished the season with just 38 wins, for one thing. They lost more games than they won despite playing in probably the worst division in the league. No team has even made the playoffs winning that few games since the institution of the shootout, though Montreal and Boston had 39 each in 2010.

And prior to this year, no team has locked up a top-three seed as a division winner with fewer than 43. Florida and Phoenix (42) both got in under that particularly low limbo bar this season."

Sidney Crosby has skated in a grand total of 22 games this season, and given his history over the past year, he's just one dangerous shot away from being eliminated. That may be a bit cryptic, but don't think there's any love lost between the Flyers and Sid the Kid. He'll be targeted every time he takes the ice. And a first-round battle with intrastate rival Philadelphia could prove to take too much out of the Pens if they were to survive. If not, their porous defensive coverage of late just might.

Too many penalties, too many rookies, too many injuries. Yes, the Flyers' rookies have been better than any other teams' rookies this season, and they've managed injuries well, but sooner or later, that youth and the absence or threat of absence from key guys like Chris Pronger, Andrej Meszaros, James van Riemsdyk (last postseason's hero) and Danny Briere could finally catch up. Also, goaltender Ilya Bryzgalov has seen limited action down the stretch after playing lights out in March due to a chip fracture in his foot. Will he be the man from March, or the head case that sat on the sidelines during the Winter Classic?

Trible is right in that the Devils are the most underrated team in the playoffs. They've been overshadowed by division rivals New York, Pittsburgh and Philadelphia all season long. That's because they simply aren't quite as good as any of those teams. Plus, Martin Brodeur is like 8,000 years old.

The Caps underachieved all season long. Hell, they ceded the division to the Panthers, quite literally the worst division winner since the shootout rules were implemented. When you take into consideration the history of underachieving in the postseason the past few years, you have yourself a team of underachievers. What I'm trying to say is the Caps will continue to underachieve, because they are who we thought they were: underachievers.

The Senators have the worst goals against average (2.83) of any team in the playoffs. They play next to no defense. You can't win in the Stanley Cup if you don't play defense. Luckily, Ottawa fans are used to not winning the Cup. 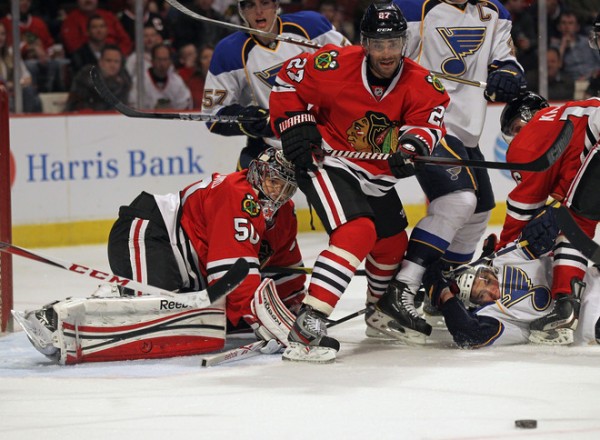 Much like the Rangers, the Canucks look like a Stanley Cup team. They won the President's Trophy for the most points in the league, they're getting reinforcements with Daniel Sedin returning from injury and they have playoff experience out the ass. But like the Rangers, this teams always seems to come up small. Whether it's a goalie carousel between Roberto Luongo and Corey Schneider, rust from Sedin or an overall softness that this team has been accused of, it's usually a matter of when something goes wrong, not if.

The Blues boast the best goals against average by a mile. That bodes incredibly well for them. Here's the thing: they aren't exactly good at putting the puck in the net themselves. That means low-scoring games, upping the pressure even more for an extremely young team. That youth could be the undoing of the surprise Blues.

The Coyotes are the Western Conference's version of the Panthers, as in they got the three seed by winning a terrible division, while three teams behind them finished with more points. Coach Dave Tippett gets the most he can out of his team, but Phoenix has no home ice advantage, plays under terrible conditions and simply doesn't have the horses to make a deep run. Oh, and they have the worst power play of any playoff team, at a laughable 13.5 percent.

Quick, name three forwards on the Predators. Time's up. The teams that have hoisted the Cup over the past decade have had star power up front: the Crosbys, Malkins, Datsyuks, Zetterbergs, Lecavaliers, St. Louis's, Sakics and Forsbergs. Nashville has a great goalie, tremendous defense and a sound team, but no proven, established forward to carry them up front.

The Red Wings are a sexy pick to win the Cup, but age and injury may finally be catching up. The mainstays — Datsyuk, Zetterberg and Lidstrom — are no spring chickens, and goaltender Jimmy Howard has been banged up down the stretch. Factor in surprisingly suspect special teams play this season, and the window may be starting to close for Detroit.

Captain Jonathan Toews' status is up the air with a head injury. He's far and away the team's best player. Without his great two-way play — even with it — the Blackhawks will be relying on the unreliable goaltending of Corey Crawford and Ray Emery. Chicago had the worst goals against average (2.76) of any playoff team in the West, and second worst only to the Senators in the entire postseason. Throw in a porous PK, and you can forget about another 2010-like run for the Blackhawks.

They are the Washington Capitals of the West: a team used to being at the top of standings and then fizzling come spring. Just like the Caps, the Sharks surprisingly dropped all the way down from their usual top-three seed to seventh, and like the Caps, they have demons to exercise. Leaders Patrick Marleau and Joe Thornton need to have huge playoffs for San Jose to have a chance. Problem is, neither one has been able to be a primetime playoff performer in their careers.

The Kings have a wonderful goaltender, as Trible pointed out, in Jonathan Quick, but much like the Blues, this team just can't score. As in, they scored the fewest amount of goals of any playoff team, and only the Minnesota Wild scored fewer goals on the season in the entire NHL. Not good. Add in that their biggest offseason acquisition, Mike Richards, and biggest trade deadline acquisition, Jeff Carter, have had career worst years and the Kings are in for a short playoff stay.

7 Replies to “2012 NHL Playoffs: Why Each Playoff Team Won't Hoist The Cup”