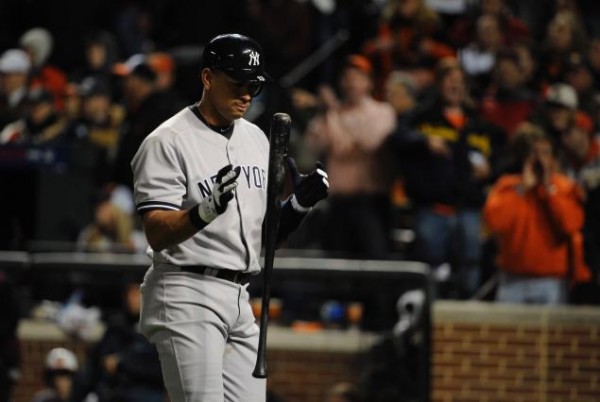 Once upon a time, Alex Rodriguez was one of the most beloved players in baseball. As a youngster in Seattle, he was the exciting, up-and-coming superstar set to fill in for the departed shoes of his former teammate and mega superstar in his own right, Ken Griffey Jr.

That perception changed somewhat as A-Rod developed into the best player in the game and commanded an absurd contract with the Texas Rangers. Rodriguez was certainly still respected and even loved by many fans, but the then record-setting $252 million contract and rumors of some big demands put a little dent in his reputation.

However, there was no denying A-Rod’s talents. He was widely regarded as the best player in the game, the man who not only was destined to break Hank Aaron’s (and then Barry Bonds’) home run record, but shatter it. The talk centered around surpassing 800 home runs rather easily, and there was no reason to doubt that the preeminent shortstop in baseball would do just that.

Then, of course, A-Rod became a hated New York Yankee, another in a long line of stars that the Steinbrenner goliath bought, and things really took a turn for Alex. He was no longer the big man on campus, with Derek Jeter and even Mariano Rivera and others firmly entrenched as the face of the Yankees. He had to change positions, adjust to playing second fiddle and, most important of all, deal with the pressures and expectations that only New York can truly put on a player. We’ve seen men with remarkable résumés of their own wilt under the spotlight.

But if anyone could handle it, it was Rodriguez. He was a superstar who truly was great in every aspect of the game. And he continued his torrid career in pinstripes … at least for a while. That is, until October hit, and his numbers plummeted. After hitting .421 in the opening round in 2004, Rodriguez steadily saw his average decline each and every postseason. He was labeled the biggest choker on the game’s most visible team, the main reason the Yankees could not rebuild the dynasty of the early Jeter years.

However, he kept up his assault on the record books, and in 2009, A-Rod finally broke through in October. He quite literally carried the Yanks through the first few rounds as the Yankees eventually outlasted Cliff Lee and the defending champion Phillies to capture the World Series.

A-Rod was on top of the world again, the best player in the game with a big postseason and a World Series ring.

Yet things just never seemed right in New York. Even as Rodriguez was tearing through the postseason in 2009, the die-hards remained skeptical. My brother-in-law, probably the biggest Yankees fan I know, hated him even then, and it was about to get worse.

Combined with his earlier foibles, the infamous A-Rod slap, declining health and the steroid scandal, any shine Rodriguez had for his World Series contributions were overshadowed by his failures and his teammates’ triumphs.

And now, with Rodriguez scuffling and looking like a shell of his former self, he’s public enemy number one in the eyes of Yankees fans. He is no longer the man destined to carry baseball and become the home run king. He is longer universally beloved and appreciated. If anything, Alex Rodriguez has become the most criticized superstar this side of LeBron James.

It doesn’t help that his body is betraying him as his steroid use has been exposed. And his increasing age isn’t helping matters. Right now, there isn’t a man outside of Joe Girardi who even attempts to defend him.

It’s quite a fall from grace, a sad but familiar tale in sports. But when A-Rod finally hangs up the spikes and we look back, what is the legacy that he’ll leave?

Will he be the man who sits among rare company in offensive prowess, one of the game’s best hitters of all-time, a home run and RBI machine? Will he be viewed as a Gold Glover, MVP and one of the best the game has ever seen? Or will he be leaving a legacy of failure, of deceit, of cheating, of what could have been?

As A-Rod’s career spirals further and further down the rabbit hole in front of our very eyes, it really makes you wonder: What kind of legacy will Alex Rodriguez leave?

9 Replies to “What Legacy Will Alex Rodriguez Leave?”