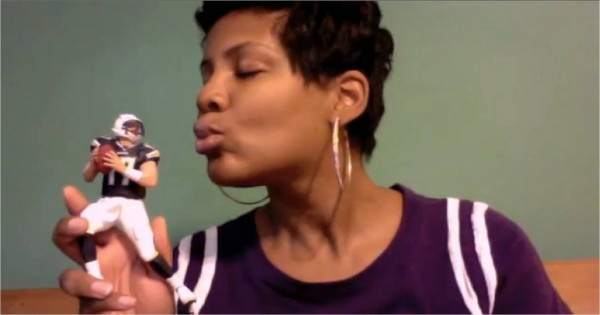 The NFL Chick and her egregiously large hoop earrings continue their video blog series on The Sports Fan Journal as she makes her "Fab Four" picks for week three. She also touches base on four key matchups for the weekend, along with some fantasy football prognostication on which players you should sell high and buy low on. Is it time to trade Michael Vick and Hakeem Nicks?

Oh, and it's possible that she tries to make out with San Diego Chargers quarterback Philip Rivers, or something. Just watch the video, and it'll all make sense.

One Reply to “VIDEO: The NFL Chick Makes Her Week 3 Picks While Almost Making Out With Philip Rivers”