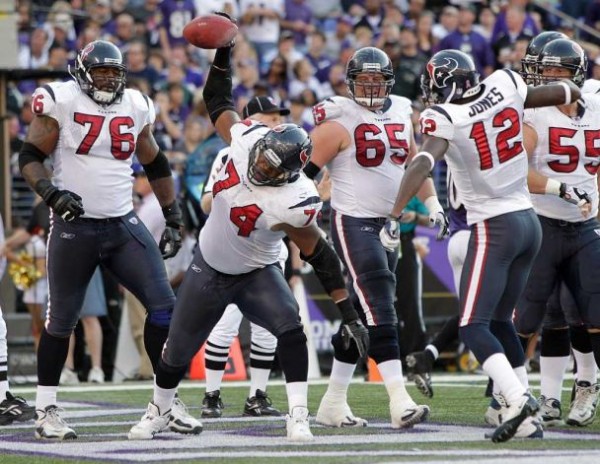 For part two of our NFL Draft Diaries, I decided to speak with a seasoned NFL veteran who’s still playing in the league. Texans OL Wade Smith was more than willing to share his draft-day experience.

Drafted by the Dolphins in the 3rd round of the 2003 draft, Smith made stops with the Jets and the Chiefs before finally making a home with the Texans in 2010, blocking for Matt Schaub, creating lanes for Arian Foster and helping the Texans with their high-powered offense.

Smith is also very involved with his community. He has his own foundation, which is kicking off its annual event next weekend, April 26th-28th, which is also the weekend of the NFL Draft (you can find out more about his foundation by clicking here). With TSFJ, Smith reminisces about his fondest memories of taking the next step from college to the NFL.

1. When did you realize you were ready to take the next step to the NFL?

Most guys are seniors, so I just finished my senior year and did a lot of draft workouts with scouts. I was basically given a draft grade and was told by my agent that I’d most likely be drafted somewhere between the 2nd and 4th round. I ended up getting drafted in the 3rd round.

2. Give us a breakdown of how your draft day went. How did you celebrate your coming into the league?

My draft day was 4/26/2003, which was actually my 22nd birthday. I went to school at the University of Memphis so I left Memphis 2-3 days prior to that to head to Dallas, where I’m from. I had a big draft party at my grandmother’s house. We had like 50-75 people that were there, friends and family members. My grandmother cooked and she barbecued. It was a big event. I ended up getting tired of watching the draft so I went outside and we were playing dominoes (laughs). I was getting ready to go to the store when I got the call. It ended up being one of the greatest things, to share with my mother, my father and [other family members and friends]. It was a great experience.

3. Who was the first official person you spoke to after being drafted?

I know I spoke to [then Senior VP- Football Operation/Player Personnel Rick Spielman]. And I spoke with [then coach Dave Wannstedt]. I also spoke with my O line coach, Tony Wise. It was a bunch of congratulations and, “Welcome to the Dolphins family type thing… we’re looking forward to getting you down here so we can work with you.” It was a good conversation.

4. If there’s anything you could have done differently now, what would it be?

Specifically on that day, I had a girlfriend at the time that went to school with me at Memphis. I wanted her to come down and share that experience with me. Her father was kind of old school. He wouldn’t let her come on the trip because we weren’t married and he didn’t really know me that well at the time. Now she’s my wife, and we have 3 kids. I definitely, as a father, understand where he’s coming from, but that’s something I always wish she was there to experience. And she always said, “I wish I was there for that.” But it ended up working out good.

As far as my draft experience, I think I handled everything pretty well. After my senior year I was told that I would probably be a 7th round draft pick because I was undersized for my position. They didn’t know if I would have been able to gain weight and keep my athleticism, but I was able to do that. I gained about 22 lbs in 2.5 months, and I had a great combine workout. They were pretty excited about that, and therefore my draft stock went up. I ended up getting drafted in the 3rd round. I was still in college finishing up my last semester, getting my finance degree. As far as that goes, there wouldn’t be anything I would change.

5. Give the new class some advice that those players can carry with them as the draft approaches.

Have a good circle of people around you. Work hard; be disciplined for what you do. Be aware of those people that are not looking to help you or benefit you, looking to just drag you down. Keep God first. The bottom line is if you put your mind to it and do the work, things tend to work out. Whether you’re drafted or undrafted, once you get to the league, if you can play ball, they’ll find a place for you and you can have a long career. There’s guys like [Texans RB] Arian Foster, [Patriots G] Brian Waters… guys that went undrafted that are multi-millionaires now and some of the better players in the league.

So it’s not necessarily how you come out in the draft; it’s how you handle your situation once you get to this level. It’s a grown man’s league. It’s different when you’re playing against a bunch of 21, 22 year old young men. Now you’re gonna be at a level playing against grown men that have houses and wives and kids and responsibilities. So everything becomes that much more serious and more important so you have to match that intensity.

by The Fam time to read: 3 min
Ed The Sports Fan Starting Lineups: What Would You Have Done If You … 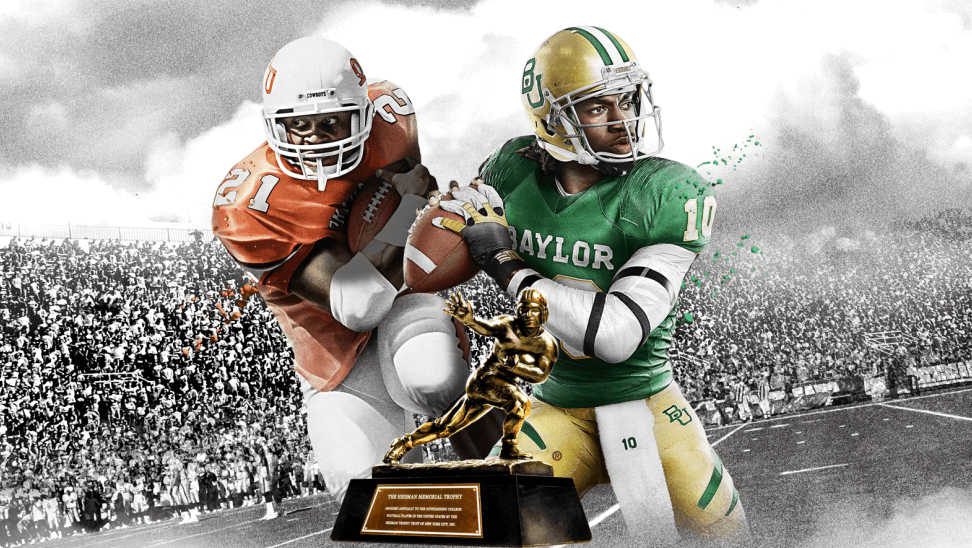