With the NFL Draft right around the corner, I wanted to get a closer look at what goes through players' minds as they prepare for the draft process. How they handle the preparation and anxiety leading up to the big day has always been something to wonder about. So we at TSFJ decided to do a series we like to call the Draft Diaries. It allows us to let current and former players give us a breakdown of how they weathered the storm that is known as the NFL Draft.

Former seven-year NFL veteran defensive end Steve White is the first participant of our series. White was a sixth-round draft pick by the Philadelphia Eagles in the 1996 NFL Draft. He spent the majority of his seven NFL seasons with the Tampa Bay Buccaneers before finishing his career with the NY Jets. White is a consistent force in the social media world, with talking to fans via Twitter as well as blogging about football on his, "Passing On The Game" site. He gives us a very in-depth look into his draft day experience.

1. How soon did you take your draft status seriously during your college career?

I was an unheralded recruit out of Memphis when I signed with Tennessee. What made this even more glaringly obvious was that just about every other player who signed was on some kind of All-American list or, at the least, All-State. My bio was the shortest of our class, so, at first, I wasn't 100% sure that college football in the SEC was for me. I was redshirted my first year there, and then I lost my Mother right after the spring semester. I certainly had thoughts about staying at home and just trying something else.

Then, I was moved from linebacker to defensive end my redshirt freshman season under Ray Hamilton. He saw something in me that I didn't necessarily see in myself. Near the end of the season, he started giving me playing time here and there. Then, right when I was on the verge of starting, I broke my thumb. I ended up being out for awhile and not playing quite as much. After that season, Coach Hamilton left and we had a new defensive line coach in Jacob Burney, who didn't see me in the same way. But from the moment Coach Hamilton put me in the South Carolina game in 1992 and I got my first sack, I actually started to believe I could end up having a pretty good career.

2. Take us back to the day you publicly decided to declare for the draft. At what point did you know this was your moment and you were ready for the NFL?

I didn't declare for the draft; I was drafted as a senior. I was at Tennessee for four and a half years, including the season I redshirted. I did briefly consider testing the draft waters after my junior year, because I led the team in sacks with seven-and-a-half in my first year as a starter. But after a mediocre bowl game against Virginia Tech (I was held almost every play. Seriously!), those thoughts disappeared pretty quick.

3. How did you celebrate draft day? Who were the people that you shared your experience with?

Draft day for guys like me who didn't get drafted until the sixth round is a bit of a different deal (it's even worse now with them adding more days). Especially when there are reports out that you may get drafted as high as the fourth round.

I knew that I was going to be a mid-to-late-round pick, but I was hopeful after posting some really good numbers at my pro day. I was even flown to several teams for physicals and to meet with the coaches since I hadn't been invited to the combine. At the same time, I realized that if I went late or even didn't get drafted at all, I probably wouldn't be in much of a "partying" mood. So the truth is I spent all weekend at home with my father waiting on that phone call. Although I tried not to, I did get frustrated after awhile when the phone didn't ring in the fourth and fifth rounds, and I'm sure I was the worst company ever. But my Dad was really there for me and helped me a lot throughout the whole process. I was relieved more than anything else when the Eagles finally rang my phone. 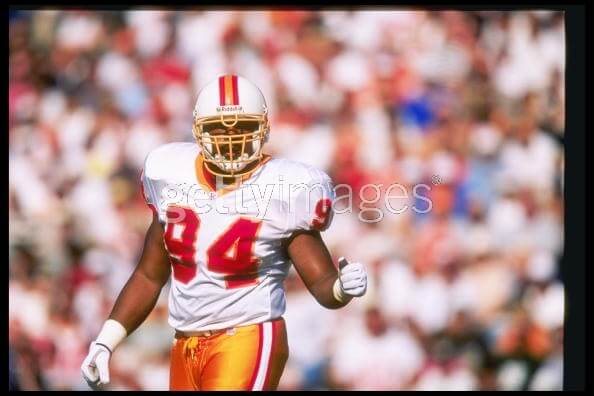 4. After being drafted, who was the first league person you spoke to? Do you remember the convo you had?

First, a bit of relevant information. I played in college at around 250 pounds, but that is considered undersized for NFL defensive ends. So all of my time leading up to the draft was spent focusing on getting bigger and stronger and, eventually, I was up to around 280.

Now for the conversations...

The Eagles were one of the teams that flew me in before the draft to have a physical and meet with their coaches. Now the back story is that the Cowboys came to work me out in Memphis, but they worked me out as a linebacker, a position I hadn't played since that first year when I was redshirting. But I figured why not? Because of my height (6'2), a lot of people had me pegged as a "tweener" anyway, meaning I was a cross between a defensive lineman and a linebacker, so I thought doing the workout would increase my stock. We also taped the workout to send to other teams. Evidently, the Eagles were one of the teams who saw the tape and (I guess) decided that if their division rival, the Cowboys, saw me as a linebacker, so should they.

So the first guy that I talked to from the Eagles is their college scouting guy, John Wooten. He got on the phone to congratulate me, and we exchanged pleasantries. Then Ray Rhodes, the Eagles' head coach at the time, got on the phone and congratulated me as well. So we are making small talk and everything and, of course, I'm getting excited. Coach Rhodes then asked me my weight. I was about 280, as I said, but I figured since I knew they drafted me to play linebacker, I should knock off about 10 pounds, because I knew I would have to lose some weight anyway. So I go:

The next thing I know, Mr. Wooten is back on the phone and he is sounding anxious and nervous at the same time, while repeatedly and forcefully telling me I need to lose weight in as many different ways as he could come up with. I actually thought he might break out speaking in a different language at some point.

I can laugh about it now, but, needless to say, it put a major damper on what had just been a pretty joyous moment. Here I had finally received the phone call I had been waiting for since the previous day and had finally accomplished something that I had been working on for the previous eight years, at least. And then to have the head coach abruptly end his talk with me without so much as a good bye was somewhat devastating. I couldn't understand why they were acting confused when they had JUST had me up for the physical and they definitely took my weight as well as other measurements at that time. As a guy who was always a worry wart, it made me very paranoid from almost the get-go, and I never had a good feeling about trying to make the team after that.

5. How did you celebrate your accomplishment?

I didn't, at least for awhile. Like I said, I didn't have the best feeling after that initial phone call, so I wasn't real confident about whether I would actually be an NFL player. Plus, I had to go on a diet immediately to try to get down to linebacker weight. That, of course, meant all that work I put in to go from 250 to 280 had to be reversed and partying would've made that extremely hard (I actually went from 250 to 280 to 245 to 265 all in 1996).

After the first mini-camp, my best friends in Memphis did finally get me out one time to the club to celebrate, but it was very low-key. We had a great time, but we definitely weren't "ballin."

6. If there was anything different that you could’ve done during the entire process, what would you have changed?

I'm not one of those people who doesn't believe in regrets; I have several over my lifetime. But as I look back specifically at that period of time, there isn't much I would change. I busted my ass to get in the best shape of my life, my film was top-notch, and I did well when I had the opportunity to speak with different coaches and I put on a show at my pro days. I couldn't have made myself grow a few inches, and that's about all that was missing from my resume. Things didn't quite work out with a happily ever after, at least initially, draft-wise, but at the end of the day, I had a seven year NFL career and played a lot of football. There's not much more I could've asked for than that, all things considered.

7. If there’s one piece of advice you could give to the new class coming, what would it be?

The most important piece of advice I try to give to guys in similar situations to what mine was back in 1996 is to find the special teams coach on the first day and become his best friend. Most guys, once you become a starter on a college football team, your special teams days are over unless you are a skill position player. But so many decisions, from who will make the team during the final cuts, to who will dress on Sundays, come down to your value on special teams. Can you blow up a wedge on kickoff? Can you block a punt on punt return team? If you can do those kinds of things, in addition to playing your position pretty well, then you add value to the team and make it harder to cut you.

But if all you do is play your position and there are several guys ahead of you, all you are doing is making it much easier for the team to move on without you.