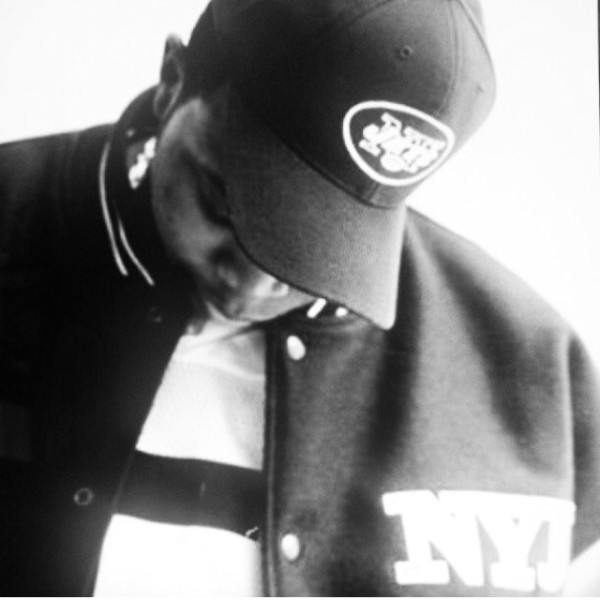 It's no secret that in addition to being lovers of the NFL, the folks at TSFJ are huge fans of classic hip hop, which, in our minds, was made between 1979 and 1997. So, when the site decided to launch the “Meet The Fan” series, the New York Jets were immediately reserved for the dopest rapper from one of the genre's greatest groups — A Tribe Called Quest's Phife Dawg.

Thanks to social media, Phife, or Malik Isaac Taylor, connected with the site based on its love for Tribe — even though he shuns folks constantly when asked about a reunion — and its love for sports. Taylor always shares opinions about his beloved New York Jets on Twitter and Instagram and does so with a passion only a die-hard fan could understand.

The Queens native’s love for the Jets started in the early 1980s. The Giants flourished with Phil Simms, ultimately winning their first Super Bowl in the decade. Taylor didn't jump on the bandwagon.

Instead, he chose the Jets.

"I love the underdog, plus I'm from Queens," Taylor says. "Although, I'm all about the Yankees over the Mets.

"The Jets used to play in Queens near LaGuardia Airport, hence the reason for the name. The Giants, before getting a stadium of their own, played at Yankee Stadium in the Bronx."

The 43-year-old dives a little deeper in regard to his disdain for the Giants.

"I respected the Giants, but I started rooting for the Eagles in the NFC East because I'd win tourneys in Madden with them back in ’94 and I learned the squad top to bottom.

“They won me a lot of money, so I couldn't rock with the Giants, despite the brilliance of Parcells and that defense from ’86. I also rooted against the Giants when they faced my favorite quarterback ever, Joe Montana and the 49ers."

There's no denying that Jets head coach Rex Ryan, with his brash personality, is a perfect fit for New York. Taylor loves him as his team's undisputed leader despite Ryan's struggles to create a potent offense.

"I love Rex because his mouth and swag is consistent," he says. "He takes constant attention off of his players, and they love to play for him.

"I see Rex in New York at least two more seasons depending how the defense plays. But most importantly, offensive coordinator Marty Mornhinweg holds the key to how long Rex stays by choosing Geno or Vick."

Geno Smith or Michael Vick. The two quarterbacks will fight to pilot the Jets offense for 2014. The competition is the biggest question mark for the Jets this offseason. The Trinidad-born rapper believes Vick's experience trumps Smith's upside.

"I'd pick Vick, hoping Geno can learn from the vet, readying himself, being that Geno is the future of the team. I just don't trust him yet,” Taylor explains. “He's too inconsistent just like he was at West Virginia."

With the AFC less dominant than it has been in years past, Taylor’s confident the Jets can "kick it" with the rest of the conference's best in 2014.

"I expect them to finish second in the AFC East. They have to dominate their division, beat Miami twice, Buffalo twice, the Pats at least once,” he says. “I see them going a possible 9-7, and hopefully a Wild Card will present itself. I need to trust the secondary and that the old Chris Johnson will show his face. It'll make life easier for both QBs."

Despite the ups and downs of the New York Jets, Phife Dawg vows to never give up on his team.

"I've been through hell and back with the Jets," he says. "It's just part of my DNA!"

No matter the outcome of a season brimming with hope, the 5-foot assassin will always be Team Gang Green.

2 Replies to “Meet The Fan: A Tribe Called Quest's Phife Dawg Keeps The New York Jets In His Scenario”