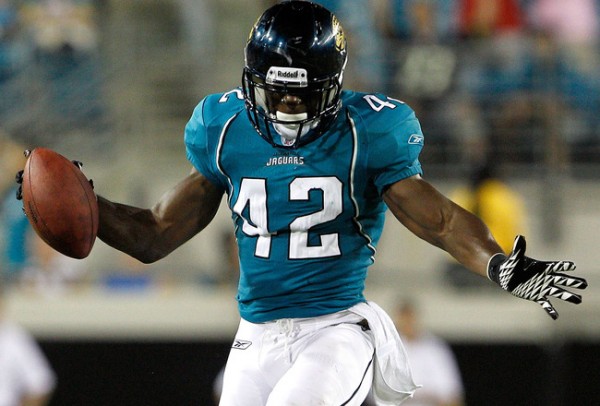 *Ed's Note: The NFL Scouting Combine began on Wednesday, February 22nd and it marks the beginning of a journey for many college football players across the journey. Their matriculation from amateurism to becoming professional athletes is a long and arduous process, but one that can end with a football player reaching their ultimately glory. Today is the beginning of "Combine Confessions," a series of interviews with NFL players as they reflect on their combine experience.*

For our inaugural series on, "Combine Confessions," I spoke with Gerald Alexander, former Boise State safety and a current member of the New York Jets. Alexander chatted with TSFJ about his experience at the Combine, which ultimately led to him becoming the second round draft choice for the Detroit Lions in 2007. Alexander explains everything from his preparation to his friendships with other Combine colleagues and even how he prepared for the big weekend. You can find Alexander and his funny, yet witty commentary on Twitter @GAlexander21. We hope you enjoy.

TSFJ: When you first were invited to the Combine, what was your immediate preparation for it?

Gerald: My preparation for the Combine started with my training at Athletes Performance in Los Angeles, CA after my senior season at Boise State.

TSFJ: What were your expectations, and were they accurate once you went through the experience?

Gerald: Having watched the Combine over the years on the NFL network, I kind of knew what to expect as far as the particular physical drills. What I didn't expect so much were the thorough interview and medical evaluations at the Combine. Although I never had any major injuries in college, I was still thoroughly inspected by every single medical staff in the league at the Combine, as well as everywhere else.

TSFJ: What part of the experience weren’t you prepared for?

Gerald: The intensity of the interviews and medical exams is what I wasn't expecting. I ended up being prepared for it, but I certainly underestimated that process being as intense as the physical part.

TSFJ: Did you look to other athlete's Combine numbers as personal competition during the process, or were you just focused on what you could do to impress teams?

Gerald: I focused on personal numbers. I set goals for myself to hit on specific drills, and in the interviews to sound articulate, confident and make an impression.

TSFJ: Did you establish friendships with other players during the process?

Gerald: Most of the guys I trained with, we became friends. It's like we became a team and wanted each other to represent the training facility we came from and put up great numbers.

TSFJ: Do you think the Combine raises/lowers ones draft stock considerably? If so, why?

Gerald: I believe the Combine is the process in which players either solidify, exceeded or lower certain assumptions already made about them from the thorough evaluation scouts have done on that player, given that I believe one's draft stock can be affected given physical, medical and interviews at the combine. For example, Calvin Johnson, who was already a consensus top-five pick coming out, was assumed to be a 4.5 in the 40 guy. When he went to the combine and ran 4.35 at 6'5 235 pounds, he became arguably the number one pick in '07. My case was started after my performance in the 2007 Fiesta Bowl. I was expected to be a fourth-first round pick. I played well against Adrian Petersen. At the combine, I performed well, had exceptional interviews and ended up being a second round pick to the Detroit Lions.

Gerald: At the Combine, there's not a lot of down time. If you're not doing formal interviews or other mandatory things, you are doing something like informal interviews with teams or getting physical treatment for your day to perform on the field.

TSFJ: If you had any advice to give to players heading to Indy for the Combine, what would it be?

Gerald: First would be wear a suit to your interviews. Consider this a business trip. This is a job interview in every way, so treat it as such. A suit just makes an impression. Period. Secondly, just do what you do. Don't put so much on it. Your resume is your game film. The Combine is just solidifying or exceeding assumptions already made about you based off evaluation of the tape.

TSFJ: If you could make a Combine playlist, give me three songs/artists that would best prepare you for your experience.