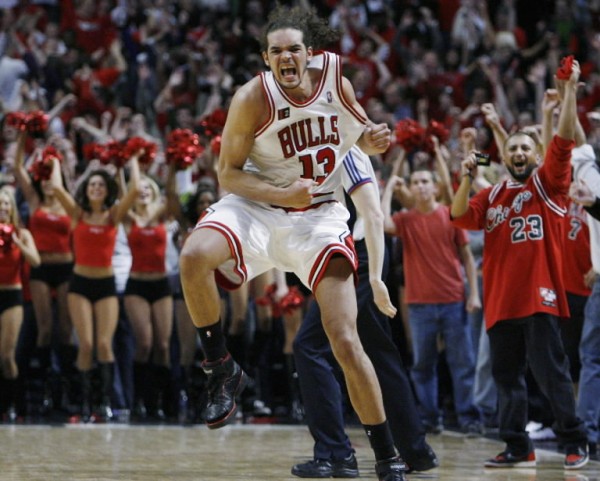 Every time a game takes place, there is typically one player who stands out as a hateable sort; some deservedly so, and some not. And there is certainly no shortage of hateable players in the NBA playoffs. Here’s a quick rundown of the most “hateable” player in each NBA playoff series.

(1) Chicago Bulls vs. (8) Philadelphia 76ers: Joakim Noah
This one is pretty self-explanatory. Noah is the type of agitator and relentless effort guy that you absolutely love if he’s on your team and absolutely despise if he’s not. One of the best rebounders and defenders, Noah gets under opponents’ skin night in and night out. He also is one ugly human being, with his gap-toothed smirk, ridiculous hair and ludicrous wardrobe. Further, Noah has one of the most hideous shooting strokes in the history of the league. But he’s damn good at what he does, which only makes him more hateable to opposing players and fans.

(2) Miami Heat vs. (7) New York Knicks: Shane Battier
You know, there’s a multitude of players to choose from in this series. J.R. Smith has plenty of detractors. Chris Bosh had a hilarious song inspired by his uninspired play. Melo was villainized for holding the Nuggets hostage. And LeBron James is simultaneously the most hated and beloved player in the league, kind of like Kobe has been his entire career, albeit for different reasons.

But when I read in “The Best American Sportswriting 2010” that Shane Battier quite literally has virtually no friends in the entire NBA, he moved to the front of the list. When your peers don’t even like you, particularly in today’s friendly culture between NBA players, then you must be a hateable guy. It makes sense, seeing as Battier’s primary role is irritating the game’s superstars. It doesn’t help that he went to Duke and that one of his best traits is knowing how to properly take a charge. No one who has ever played a single game of basketball in his or her life likes someone taking (or calling) a charge. Well, no one except Shane Battier. He totally seems like the type of guy who would call a charge in a pickup game.

(3) Indiana Pacers vs. (6) Orlando Magic: Hedo Turkoglu
Yes, Tyler Hansbrough has a poor man’s version of Joakim Noah’s game, but it’s hard to get fired up about anyone on Indiana. The Magic? That’s another story. Dwight Howard has successfully transitioned from a happy, beloved big man who put on entertaining shows in the dunk contest to a moody, whiny superstar who can’t seem to get out of the way of drama.

But, seeing as Dwight is out for the playoffs, the ire shifts to teammate Hedo Turkoglu. For starters, Hedo never looks like he’s exerting any effort out on the floor. He is, of course, but he looks almost in a daze with his style of play. Then, there is the whole fiasco in Toronto, where he quite literally stole millions upon millions of dollars from the Raptors. Finally, the guy blocked a freakin girl in the celebrity game during All-Star weekend in Philadelphia back in 2002. I saw it in person with my own two eyes. What a jerk.

(4) Boston Celtics vs. (5) Atlanta Hawks: Paul Pierce
This may come as a bit of a shocker, but it shouldn’t. See this. And this. That is all. 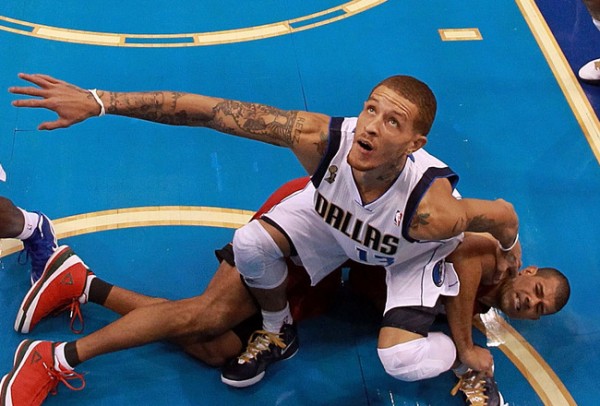 (1) San Antonio Spurs vs. (8) Utah Jazz: Manu Ginobili
I’m actually a big Manu Ginobili fan. However, flopping has become an epidemic in the NBA. I hate flopping. You hate flopping. And we all know Jeff Van Gundy hates flopping. Let’s face it, Manu Ginobili is the poster boy for flopping in the NBA. As entertaining as his game is, as fantastic of a player as he is, I can’t help but put a lot of the blame for the flopping epidemic on Manu. That’s a hateable trait if ever there was one.

(2) Oklahoma City Thunder vs. (7) Dallas Mavericks: Delonte West
Whoa, talk about another big crop to choose from. Everyone and their mother has spewed hate on Vince Carter at one point or another in his career. Jason Kidd’s marital turmoil annoyed a lot of people a little while back. Derek Fisher wears his headband over his ears like an idiot. But the winner (loser?) has to be Delonte West.

Personally, I love Delonte. He was part of one of my favorite college basketball teams of all time. But when you allegedly sleep with the best player on your team’s mother, give someone a wet willy on the court and drive up I-95 with an arsenal of weapons, you become a fairly hateable figure. Though he’ll always hold a place in my heart for this.

(3) Los Angeles Lakers vs. (6) Denver Nuggets: Everyone on the Lakers
OK, so this a cop-out, but come on. How am I supposed to choose which Laker is the most hateable when they all conjure up so much venom? Kobe Bryant is a grade-A dick who couldn’t get along with one of the greatest centers ever, wanted his young, thriving center traded and won’t even consider deferring in crunch time. Andrew Bynum is young and way too immature, doing selfish things all the damn time. Matt Barnes makes me angry just looking at him. Pau Gasol is a fantastic player, but can’t shake the soft label. The artist formerly known as Ron Artest is certifiably insane and currently suspended for elbowing a defenseless James Harden in the dome. Troy Murphy and Josh McRoberts are both left-handed bigs who come from annoying schools in Notre Dame and Duke. Steve Blake’s best attribute is that he is a pest (though that steal against Jayson Williams was awesome). Jordan Hill may or may not have some Latrell Sprewell in him. And the rest of the roster, while not all that offensive, doesn’t exactly give you a warm and fuzzy feeling.

Conversely, the Nuggets are a fun team whose only knucklehead is JaVale McGee. And let’s face it, JaVale is more detrimental to his own team when he’s doing hateable stuff than to the opposition.

(4) Memphis Grizzlies vs. (5) Los Angeles Clippers: Reggie Evans
Yes, the game 1 hero for the Clippers was possibly the most hated guy on either team. Evans is in the Noah mold, a relentless rebounder and agitator who really, truly gets under opponents’ skin. He also has been known to employ some dirty tricks, pull a Manu in the most embarrassing way possible and generally annoys everyone. Hell, the guy got the docile Grant Hill tossed from a game. That says all you really need to know.

9 Replies to “The Most Hateable Players in the NBA Playoffs”