My first assignment as an intern for NewsTalk 1530 KFBK was simple: Go to Kings media day, get sound, come back in one piece.

The simple instructions bestowed by my superiors quickly manifested into doubt and nerves inside my 18-year-old brain. A teenager walking in a field dominated by middle-aged adults tends be to a little intimidating, especially when said teenager has been thrown to the wolves by his bosses.

Media day for the 2011-12 Sacramento Kings was a bit unusual compared to past years. A fierce lockout pushed the start of the season to December, forcing the players to cram a 66-game schedule into four months. The uncertainty of summer labor negotiations matched the uncertainty of the Kings’ fan base, who had seen the Maloof brothers, the team’s majority owners, flirting with the possibility of moving to Anaheim the previous spring. Even with the league dead set on stopping the move, the group made no secret about its desires for greener pastures elsewhere as winter approached.

Upon arrival into Sleep Train Arena (then hideously named Power Balance Pavilion), the young Kings seemed to be taking it in stride. Second-year center DeMarcus Cousins ran around freely, jokingly telling anyone in his vicinity that he ate nothing but whole birthday cakes during the offseason. Shielded in the 21-year-old’s hijinks was an urge to bring a playoff berth to an arena that hadn’t seen one in half a decade.

The team moved into the building in 1988, when it was known as Arco Arena. For the first seven years of existence, it housed a loser as the Kings didn’t sniff the playoffs until 1995. The hiring of coach Rick Adelman, along with the additions of Chris Webber, Jason Williams and Vlade Divac in 1998, laid the foundation for the best era in franchise history. The team’s apex came in 2002, when the Kings pushed the eventual NBA champion Los Angeles Lakers to the brink, losing in seven games in one of the best (and most controversial) playoff series of all time. As the team’s star power ascended, so did Arco Arena’s reputation as the hardest place to play in the league.

By the time I came on the scene in 2011, the winning foundation built on stable ownership and a rabid fan base was all but gone. Games that once sported the hottest ticket in town on a weekday now struggled to attract a half-filled crowd. The building itself was literally falling apart — which was evident in the Kings’ 2012 season opener against the Warriors, when a tarp detached from the scoreboard and fell onto the floor during play, forcing then-coach Keith Smart to rush onto the court to retrieve the tarp, inciting a thunderous ovation.

Through all the chaos surrounding the Kings during their final stanza in the building, the building itself, ironically, became a pillar of stability. It stood when the Maloofs brokered a deal to send the team to Seattle in 2013, before a grassroots effort led by Sacramento mayor Kevin Johnson helped nix the deal, paving the way for a Vivek Ranadive-led group to buy and keep the team in town. With new ownership in place, the building stayed put during the myriad of coaching changes and coach/player flare-ups that come with a dysfunctional franchise searching to find its way.

The arena also provided a sanctuary for a young scribe, a place that afforded the luxury of bumping your head in a controlled space, one where you could debate the music catalog of Lil’ Boosie with DeMarcus Cousins on one night and the next day ask Kobe Bryant about the significance of passing Wilt Chamberlain on the scoring list.

The building that provided a gateway to the NBA of yesteryear will now make way for the city’s new downtown arena — the Golden 1 Center — next season. While its significance will long be forgotten on the national landscape in the coming years, the memories forged in the building known as Arco Arena will forever be etched in the brains of those who lived it.

The Rise And Fall Of Arco Arena — And The Sacramento Kings 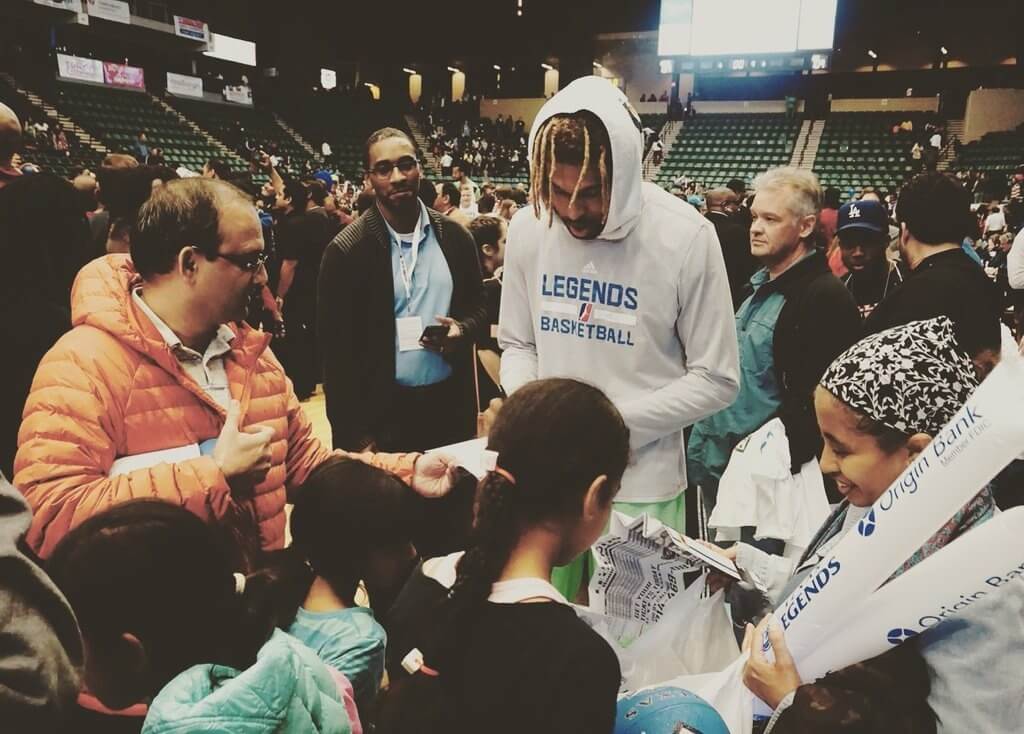